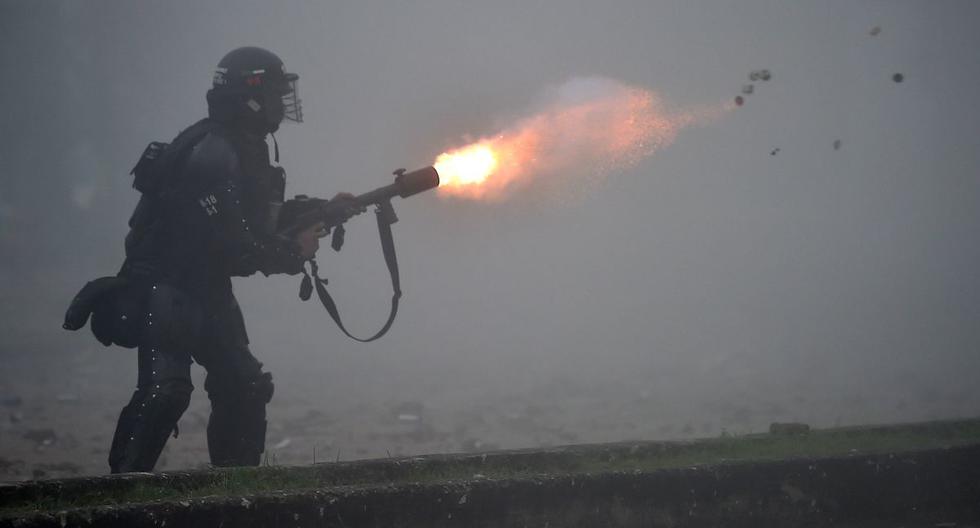 This Wednesday, during the ‘Prevention and Action’ program It was confirmed that the vaccines against covid-19 acquired by Colombia through the Covax mechanism would arrive in the first week of February. The announcement was made by the representative of the Pan American Health Organization for Colombia, Gina Tambini, and Minister Fernando Ruiz has confirmed the information and provided details on Thursday morning.

Minister Ruiz confirmed to Blu Radio that “through the Covax mechanism, Colombia acquired 20 million doses to immunize 10 million citizens. PAHO confirmed that it will deliver an initial percentage of these biologicals next February.”, Explained the official confirming the information shared by Tambini.

However, the minister clarified at 6AM on Caracol Radio that “Covax has not provided us with the amount of vaccines that they are going to distribute to us in Colombia.”

In addition, the head of the portfolio explained in Blu that “what the Covax mechanism did was make a list of countries to distribute those doses. Colombia is among the 14 countries ”. Although the minister did not give a clear date, criticism that many Colombians give on social networks, knowing that in two weeks a first shipment of vaccines will arrive in the country reassures and puts more pressure on the Government.

“Vaccines They will arrive directly at our collection center in Bogotá and from there they will be distributed to the rest of the country. The first to be immunized will be the health workers who attend the pandemic and later we will supply the demand, city by city ”, explained the minister and clarified that, by that time, freezers will already be installed in the main cities to maintain the dose.

Ruiz assured that it will be a “Small cargo” because the vaccines will be distributed equitably in the 14 countries. It should be taken into account that it is not yet known which are the other 13 countries, but Tambini assured the President and the Colombians in the presidential program this Wednesday that “next week it will be known which countries are going to receive these vaccines in the first week of February, and Colombia is in this group of countries, because it meets the criteria that have been established.

For this reason, in dialogue with the FM, Minister Ruiz assured that, although they say that the vaccine will arrive in the first days of next month, “We do not have a vaccination date because they have not yet confirmed the arrival date of the vaccines”, after journalists insisted on a specific day to wait for the doses.

On the other hand, Fernando Ruiz, assured that yesterday he spoke with Albert Bourla, CEO of Pfizer, about the delays that the pharmaceutical company has presented in the delivery of vaccines to the countries. “I understand that there is uncertainty but I believe that in these vaccination plans the contracts will be perfected, the production capacity of the pharmaceutical companies, but we will improve over time,” Ruiz told Blu.

To W Radio, the portfolio manager explained that Bourla assured him and Iván Duque that “Pfizer reaffirmed that in the Colombian case they will fulfill the commitment of one million vaccines for our country in the first quarter. However, he explained to us that Pfizer is expanding the plant in Belgium and this is causing delays in all countries of the world from now until mid-February ”.

To the same station he confessed that at the beginning “I had my doubts (about Covax) because it is a totally new mechanism, but PAHO already gives us a guarantee and It is already a certain fact that they will have the distribution of Pfizer and already in the first week of February we will have a vaccine in Colombia”.

On the other hand, to Blu Radio, Ruiz confirmed that while the Pfizer vaccines will arrive in February and April, From April on, large shipments from other pharmaceutical companies such as Moderna and Astrazeneca will arrive.