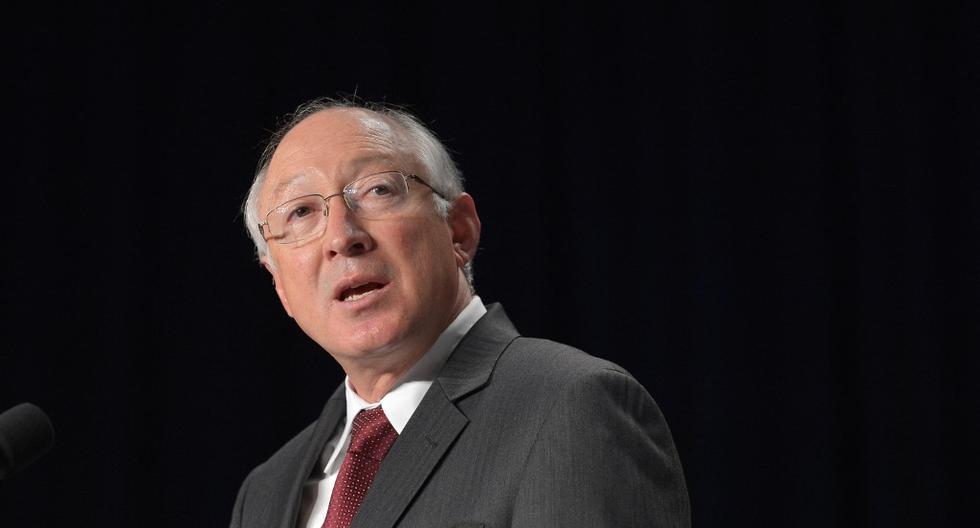 The US confirms Ken Salazar as new ambassador to Mexico

The Mexican authorities forecast heavy rains with electric shocks and possible hailstorms in 10 states of the country for the next few hours and during the first hours of Wednesday, the National Meteorological Service (SMN) reported on Tuesday.

In addition, a low pressure area located south of Lázaro Cárdenas, Michoacán, in the Mexican Pacific, is being monitored, with a 50% chance of cyclone development in the 48-hour forecast.

In a statement, the SMN indicated that for Tuesday night and early Wednesday “intense punctual rains (75 to 150 millimeters) are forecast in the regions of Campeche, Chiapas, Chihuahua, Coahuila, Durango, Oaxaca, Quintana Roo, Sinaloa, Sonora and Yucatan.

“The rainfall, which will be with electric shocks, strong winds and possible hailstorms, could cause landslides, increase in the levels of rivers and streams, overflows and floods in regions of the mentioned states,” the report said.

Given these conditions, the SMN urged the population to heed its warnings and to follow the instructions of the state, municipal and Civil Protection authorities.

The SMN explained that the conditions described will be caused by the following meteorological systems: the Mexican monsoon, over the northwest of the country, low pressure channels extended over the northeast, west, center and south of the Mexican territory.

In addition to the entry of moisture from the Pacific Ocean and the Gulf of Mexico, the instability at high levels of the atmosphere and Tropical Wave number 25 On the other hand, the Meteorological of Mexico indicated that it maintains vigilance over a low pressure area in the Ocean Pacific, with a 50% chance of evolving into a tropical cyclone in the 48-hour forecast.

For now, he said, it is located approximately 485 kilometers south of Lázaro Cárdenas, Michoacán, and is moving west-northwest.

So far in the 2022 cyclone season, nine cyclones have formed near Mexico: Ivette, Howard, Frank, Estelle, Darby, Celia, Blas, Bonnie and Agatha, which was the first cyclone of the season this year.

Until now, only Agatha, which reached a category 2 hurricane on the coast of the state of Oaxaca, has been the only one to cause damage on land in one of the poorest areas in the south of the country, leaving nine dead and several missing.

In mid-May, the Mexican authorities reported that they foresee the formation of up to 40 named cyclones by 2022, from 14 to 19 in the Pacific, which they described as an “active season”, and they predicted that of the total number of tropical cyclones generated, both in the Atlantic and in the Pacific, at least five hit the country.