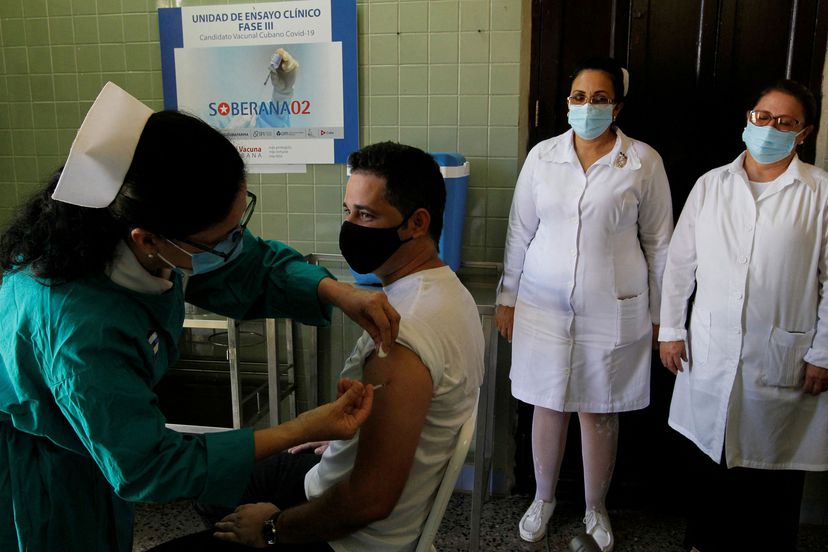 Cuba, one step away from achieving the first Latin American vaccine against covid-19

Former Prime Minister Shinzo Abe that a Chinese invasion of the island would be “an emergency for the Japan-United States alliance.”

Former Prime Minister of Japan Shinzo Abe today warned China of the consequences that its possible armed intervention would have on Taiwan, which according to it would constitute “an emergency for the Japan-United States alliance”And” an economic suicide “for Beijing. Abe spoke on this hypothetical scenario in the context of growing tensions in the Strait of Taiwan, during his speech at a virtual forum organized this Wednesday by the Taiwanese study center, the National Political Research Institute.

“In case there is an emergency in Taiwan, that also means an emergency for Japan, and for the Japan-US alliance. In Beijing, and in particular the president Xi Jinping, they should never be confused when it comes to understanding this, “said Abe during his speech at the forum, picked up by the Japanese media.

“Japan, Taiwan and all of us who believe in democracy need to insist on Xi and to the leaders of the Chinese Communist Party not to take the wrong path, ”said the one who was the longest-serving prime minister in the history of Japan (2012-2020) and still considered one of the most influential figures within the ruling Japanese party.

“A military adventure (in Taiwan) would be China’s economic suicide” and it would also cause “serious damage to the world economy,” said the former conservative leader, who left office for health reasons in September last year and who remains a deputy in the Lower House of the Japanese Parliament.

Abe also recalled that the Senkaku Islands, administered by Such but claimed by Beijing (which calls them Diaoyu), they are located about 100 kilometers from Taiwan, as well as other remote islands in the southwest of the Japanese archipelago. Japan has a bilateral defense treaty with the United States, which in turn has some of its largest military bases in the Pacific in Okinawa (southwestern Japan).

Washington has an ambiguous relationship with Taiwan, an autonomous territory with which it broke its official diplomatic relations in 1979 in favor of Beijing, although it continues to maintain informal relations with the island and it has sold military equipment to the Taiwanese authorities. The Act of Relations with Taiwan approved by the United States establishes that Washington will help Taipei in defense matters, although it leaves it undefined if the North American country would intervene in a possible Chinese attack on the island.