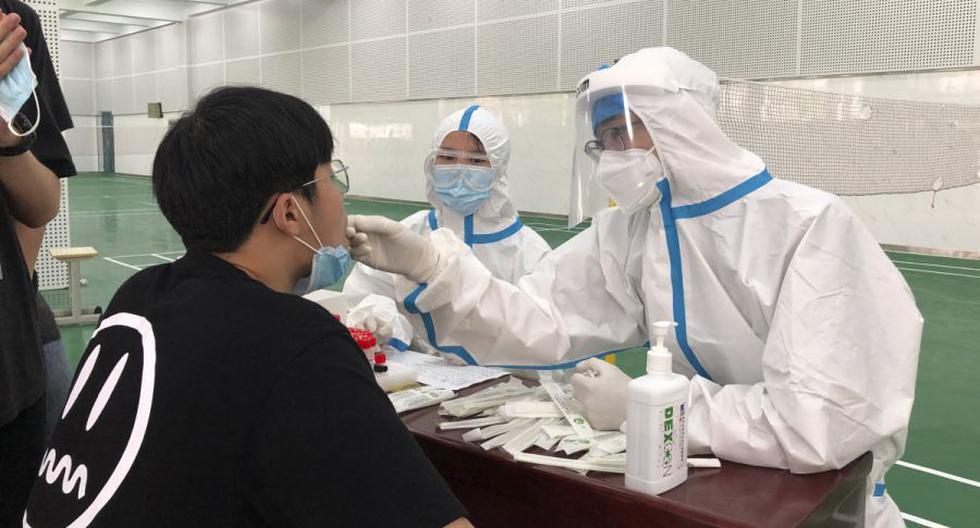 Iran has for the first time manufactured a hypersonic ballistic missile capable of penetrating all defense systems, General Amirali Hajizadeh, commander of the Revolutionary Guards Aerospace Force, announced on Thursday.

“This hypersonic ballistic missile can counter air defense shields. It will be able to penetrate all anti-missile defense systems,” the general was quoted as saying by the Fars news agency.

A hypersonic missile develops speeds greater than Mach 5 (five times the speed of sound), at about 6,000 km/h.

According to the Iranian military official, “this missile that targets enemy anti-missile systems represents a great generational leap in the missile field.

Hypersonic missiles pose challenges to radar designers because of their high speed and ability to move.

The announcement comes after Iran admitted on Saturday that it had sent drones to Russia, but said it had done so before the Ukraine war.

The Washington Post claimed on October 16 that Iran was preparing to send missiles to Russia, but Tehran said this information was “completely false.”

Several countries seek to develop them. Russia, North Korea and the United States announced in 2021 that they carried out tests, which revives fears of a new arms race.

Russia has an advantage in this sector, with several types of these missiles, and in August it announced that it had deployed planes equipped with these hypersonic weapons in Kaliningrad, a Russian enclave surrounded by NATO countries in northeastern Europe.

Both Iran and Russia are targeted by sanctions: Iran after the United States unilaterally withdrew from the 2015 nuclear deal between Tehran and world powers, and Russia since it invaded Ukraine in February.

The two countries have responded to the sanctions by boosting cooperation in key areas to help prop up their economies.

A hypersonic missile is maneuverable, making it difficult to track and defend.

While countries like the United States have developed systems designed to defend against ballistic and cruise missiles, the ability to track and shoot down a hypersonic missile remains an unknown.

Iran’s announcement comes against a backdrop of deadlocked talks to revive the 2015 nuclear deal.

The agreement reached with six major powers — Britain, China, France, Germany, Russia and the United States — gave Iran sanctions relief in exchange for guarantees that it would not develop an atomic weapon. Iran has always denied wanting to obtain a nuclear weapon.

The agreement fell apart following the unilateral withdrawal of the United States from the agreement in 2018 under President Donald Trump.

It also comes after Iran announced on November 5 the test flight of a rocket capable of propelling satellites into space.

The United States has repeatedly expressed concern that these launches could boost Iran’s ballistic missile technology, extending to the possible delivery of nuclear warheads.

In March, the US government imposed sanctions on Iran’s missile-related activities.

In a statement, it noted that the sanctions were adopted following “Iran’s recent missile attack on Arbil (Iraq), as well as missile attacks by Iranian allies against Saudi Arabia and the United Arab Emirates.”

“These attacks are a reminder that Iran’s development and proliferation of ballistic missiles pose a serious threat to regional and international security,” the US government said.