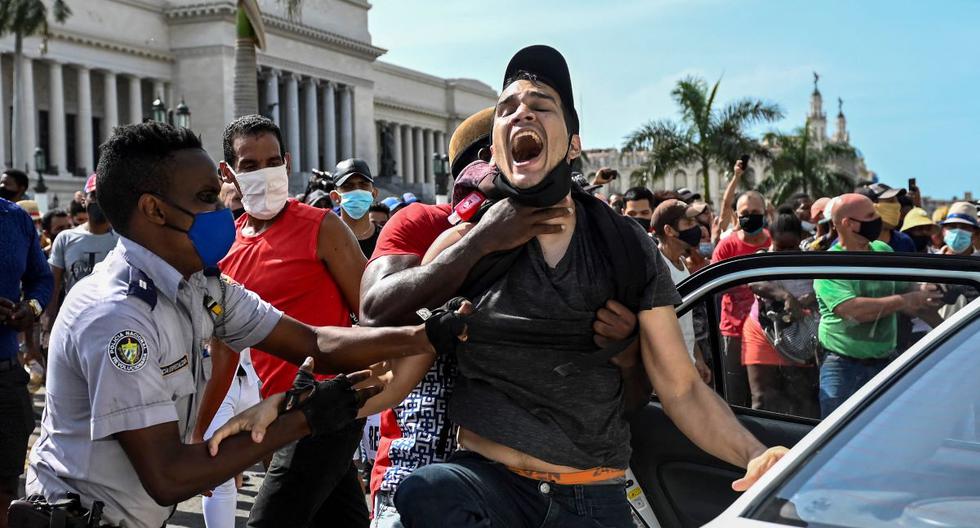 Quito – The indigenous peoples of the Amazon launched a countdown on Tuesday to demand that the nine countries that share the Amazon basin and the international community protect 80% of the largest tropical forest on the planet and avoid so that its deforestation reaches an irreversible point.

The countdown of the “Amazon 80×25” initiative began with 1,239 days with the objective that in that time it is guaranteed that the Amazon forest will not lose more than between 20% and 25% of its current surface, which would entail a point of no return

The launch was carried out by the Coordinator of the Indigenous Organizations of the Amazon Basin (Coica), an entity based in Quito that brings together the 511 indigenous peoples, of which 66 are in voluntary isolation, from Bolivia, Brazil, Colombia, Ecuador, Guyana, Guayana French, Peru, Suriname and Venezuela.

The goal of 80% by 2025 was adopted at the request of Coica at the World Conservation Congress, held in September 2021 in Marseille (France) and promoted by the International Union for Conservation of Nature (IUCN).

To achieve this, the indigenous peoples demand that all of their territories be recognized and that they be granted autonomy over them, in addition to reforesting at least half of the currently deforested areas of the Amazon.

“Thanks to us, who are in the territory, the planet can still continue to live and humanity still has hope because we are protecting (the Amazon),” said Coica’s deputy coordinator, Tuntiak Katan, during the virtual conference for the launch of the countdown.

“Now the world is concerned because the planet is in a health, climate and rights crisis, and they have said that indigenous peoples are the solution, but if we are the solution, do not continue to kill, threaten and imprison us,” said Katan.

The indigenous leader clarified that the indigenous peoples are not opposed to development, since they understand that the way to guarantee life for the next generations is to respect nature and give the tools to the original inhabitants of the green lung of the planet to preserve it as they have done since centuries ago.

For her part, the coordinator of Women, Children and Family of the National Organization of Indigenous Peoples of the Colombian Amazon (OPIAC), Fany Kuiru, specified that this call is especially for non-indigenous people “who destroy the Amazon with a purpose to get rich in exchange for the impoverishment of indigenous peoples”.

In this sense, the president of the Interethnic Association for the Development of the Peruvian Jungle (Aidesep), Jorge Pérez, recalled that in the last five years, 25 indigenous leaders and environmental defenders have been assassinated in the Peruvian Amazon by mafias that invade their dedicated territories. to drug trafficking, illegal mining or illegal logging.

On her side, the Women’s leader of the Confederation of Indigenous Nationalities of the Ecuadorian Amazon (Confenaie), Nemo Andi, emphasized the discrimination experienced by indigenous women, stressing that they are also subjected to threats, murders and imprisonment “for defend their territory.

In his turn, the new president of the Coordinator of the Indigenous Organizations of the Brazilian Amazon (Coiab), Elcio Manchineri, advocated celebrating the strengthening of their cultures and organizations, as well as raising their voices before the rulers of Europe, the United States, Asia and Africa, so that they turn their eyes towards the Amazon.

For Manchineri, it is urgent that the world understand the Amazon as a natural heritage of humanity that should not only be protected by indigenous people.

The regional director for South America of the IUCN and former Minister of the Environment of Peru, Gabriel Quijandría, also spoke at the event, stating that they support the “work, effort and innovation that comes from indigenous organizations to ensure the well-being of people long-term”.

“This recognition includes being able to deploy IUCN forces in support of the indigenous movement to ensure in the long term that well-being can be maintained and that nature is our best ally, something very clear in the indigenous idiosyncrasy to approach life,” Quijandría concluded. .