Mass mobilization in Bordeaux against the bankruptcy of the club

Harnaaz Sandhu from India is the new Miss Universe

Harnaaz Sandhu was crowned this Sunday as the new Miss Universe , which represents the third time that India has obtained the first place in this competition, which celebrated its 70th edition today in the city of Eilat, Israel . 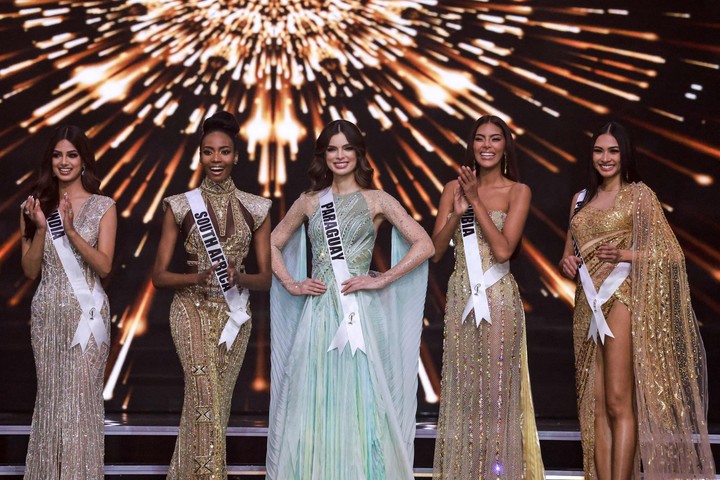 The Indian thus dethroned the Mexican Andrea Meza , after prevailing today over the Paraguayan Nadia Ferreira , who finished second, and the South African Lalela Mswane , who placed third.

This Sunday’s gala took place at the Universe Arena stadium, built for the occasion, and which was far from being full due to the ban on the entry of tourists decreed two weeks ago by Israel to stop the advance of the Omicron variant of the coronavirus. Sandhu, 21, from the Indian city of Chandigarh, is a well-known actress in her country and an activist for women’s rights, especially when it comes to access to education.

Sandhu will premiere two limited series in 2022. He is studying a master’s degree in public administration. Throughout the competition, she stood out for her ease of imposing herself on stage, especially in the last round of questions, in which she had to answer what advice she would give young women to face current pressures.

“Know that you are unique and that is what makes you beautiful. Stop comparing yourself to others and let’s talk about other more important things that are happening in the world,” he said.

Shortly before, he also had to answer what he would do to convince people that he believes that climate change is an invention.

“It breaks my heart to see how nature is going through so many problems and it is because of our irresponsible behavior ,” he said.

Then she added: “I am convinced that this is the time to take action and speak less, because every action can kill or save nature. Preventing and protecting is better than repentance and repair , that’s what I’m trying to do. convince them today. ”

Sandhu is inspired by her mother, who is a gynecologist and with whom she grew up working in camps supporting women’s health campaigns. It seeks the empowerment of women through rights, education, employment and their freedom to choose, as shown in images of the contest.

In her spare time she practices yoga, cooks, rides horses, and plays chess. He likes to swim and do imitations, including animals, such as a cat that he imitated at the beginning of the ceremony. His mother tongue is Punjabi and he writes poems in it.

” I am the youth of my country . I want to know what is happening in my country,” he claimed in a pre-recorded section of the contest. In addition, he seeks to “inspire people by choosing super strong characters.”

The victory achieved this Sunday by the representative of India places the Asian country in the first place of the contest for the first time since 2000, when the country obtained its second title after a first triumph in 1994.

This last day of the contest began with the participants dressed in dazzling sequined dresses and included the characteristic parade in swimsuits and a second in evening dresses.

The Latin American representatives had, as usual, an outstanding participation, and three of them – Colombia, Puerto Rico and Paraguay – were among the ten finalists.

The musical shows were in charge of the Israeli Noa Kirel, the American JoJo and a group of local musicians led by Harel Skaat, while the presenter of the contest was again Steve Harvey.

With the celebration of the 70th edition of Miss Universe in Eilat, Israel joined the extensive list of countries that have hosted the beauty pageant.

Thousands of German stores on the brink of closure: Spiegel