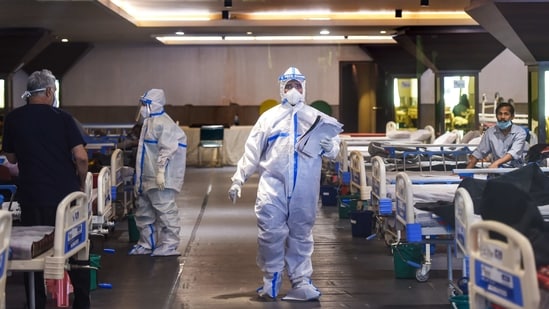 India recorded another daily record with more than 234,000 coronavirus cases

A selection of Kashmir’s famous handmade rugs will adorn the new Indian Parliament building, a symbolic addition that carries with it tension over New Delhi’s power over the disputed territory, which withdrew semi-autonomy three years ago.

Some 50 artisans from the remote village of Khanpur, a Kashmiri town where families are mainly dedicated to the manufacture of textiles, have been working on the fabrics for the collection that will occupy the spaces of the new Parliament, which will be inaugurated at the end of the year, for almost a year. this year for the winter session.

“For me it is a privilege to be able to make these carpets for the new seat of Parliament,” the owner of Tahiri Carpets, Qammar Tahiri, told Efe.

The company of artisans, which has more than 400 weavers and a decades-long tradition in the carpet industry, received in November last year the order for the pieces that are being made with silk fabrics and traditional designs from the region.

This assignment is a relief for Tahiri, who is part of a sector that, like others in the local economy, has been greatly affected by the instability caused by recent moves by New Delhi to exert more control over this region with deep feelings separatists, adding to decades of unrest.

Artisans are also bearing the brunt of the industrialization of the sector, with low-priced rugs competing with meticulous manual work that requires months of dedication, forcing more and more weavers to seek alternative trades to earn a living.

For artisan Bashir Ahmad Chopan, one of the Tahiri Carpets weavers, Parliament’s bill has served to breathe new life into a fading weaving community.

“Now they are paying us a good amount per day,” he told.

The carpet industry plays a key role in the economic activities of Kashmir and has a great contribution to the exports of the artisan sector, an official from the Department of Industry of the region explained to Efe on condition of anonymity.

According to this, Indian Kashmir rugs, which enjoy a unique identity in the global market for handlooms and handicrafts, are exported to at least 25 countries.

Another weaver from the same Khanpur village hopes this is just the beginning of a recovery for the industry: “If that happens, we can also have a better life,” he said.

Several of the Tahiri rug artisans are hopeful that the pieces that will adorn the new Indian Parliament building will help attract more orders and eventually boost their traditional craft and wages.

The new Parliament building being built by the Government of the Indian Prime Minister, the Hindu nationalist Narendra Modi, is part of the Central Vista renovation and development project, an ancient symbol of British colonial power that the president seeks to renew with national essence.

With a majority in that national Chamber, the Modi government managed to abolish in August 2019, by surprise and in less than 48 hours, the semi-autonomous status that Kashmir had enjoyed for decades, thus revoking historical rights of this Muslim-majority region, although New Delhi said it was seeking further development.

“Requesting Kashmiri rugs is undoubtedly an act from the highest state spheres to send the message to the Indian masses that Kashmir belongs to India,” a Kashmiri analyst told Efe, who requested anonymity for fear of possible reprisals.

India and Pakistan have disputed the sovereignty of the region since the partition of the subcontinent in 1947, and for it they have waged three wars and other minor confrontations.