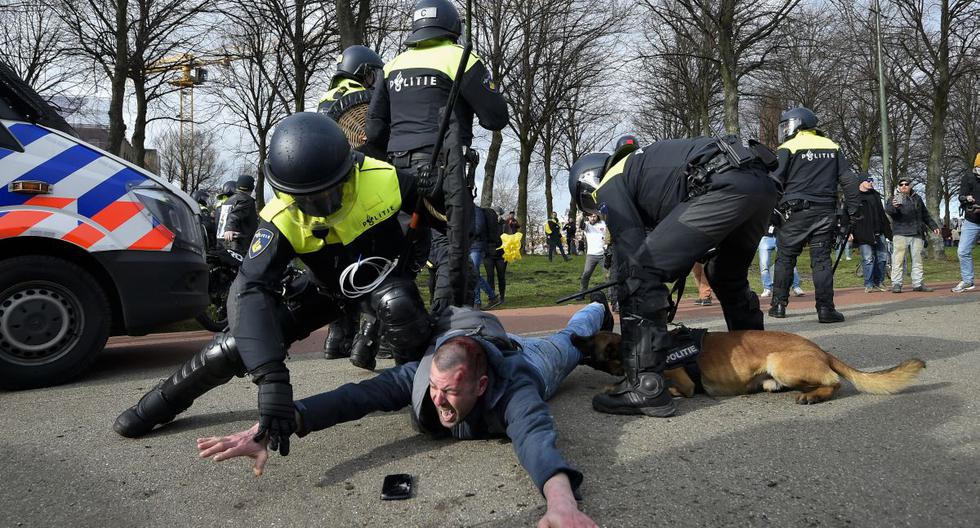 The third wave of coronavirus advances in Europe, amid protests against lockdowns

It was the 103rd minute of extra time and the tension was palpable at Juventus Stadium. 2-2 on the scoreboard between the Bianconeri and Genoa in the second round of the Italian Cup. Cristiano received in band and gave it to Morata who centered and created chaos in the defense of ‘il grifone’. Between rebounds, Hamza Rafia rose, scoring and going crazy. In his debut with the first team, the Tunisian scored to save Cristiano and company from penalties and advance to the quarterfinals. The young midfielder shares a dressing room with the Portuguese, Morata or Dybala but his great idol is his neighbor, Karim Benzema.

Hamza Rafia was born in Kalaat Senan, Tunisia, 21 years ago and as a child he moved to Lyon. His family settled in Bron, a dormitory town to the west of this city where all the children who put a ball between their feet have a great reference: his most illustrious neighbor, Karim Benzema. “In Lyon we live on the same street, he is a smart player who helps his teammates. When I was little I dreamed of playing like him and scoring in the Champions League. I still want it, “he acknowledged a few weeks ago in the newspaper La Stampa.

Along with Ben Arfa or Nasri, the Lyon striker is his great idol, his neighbor and also his friend. While in 2015, the social networks of a Hamza who still played in the OL were full of photos of the Real Madrid team or Hatem himself, now it is his idol who shares stories on Instagram celebrating the successes of his young neighbor from Bron. “Let’s go”, put the Real Madrid forward in his networks with a photo of the Tunisian celebrating his first goal.

Karim labeled the photo with a number 69, the beginning of the postal code and the license plate that differentiates them as neighbors of the neighborhood that brought them together, they defend with pride and that they do not deny, even if they have left it. Both, from humble origins, share the beginning of their careers. Hamza, like Karim, started his career at SC Bron Terraillon, his neighborhood team. Benzema jumped straight into the OL quarry while Hamza spent a year at AS Bron Grand Lyon before going to the city’s big club.

The Tunisian shone in the Youth League 18-19 with those from the Rhone while playing for the subsidiary and, although the club chaired by Aulas offered him a promotion to the first team, he went to Juventus. “When I was in Lyon two summers ago, I could have stayed in the first team in Ligue 1. But I chose Juventus because it is a great club and I could play in a category like C to improve, “he said weeks ago.

In Turin he arrived in exchange for € 400,000, which according to what they point out from Italy, the bonuses could rise to 5 million. There he went to the subsidiary, where he is hardened in the tough Serie C and has earned an opportunity in the first team, which he was able to take advantage of. The midfielder already knew what it was like to save Juve in the Cup, winning the third division knockout tournament thanks to his goal. His destiny, for the moment, seems to be a return to the subsidiary to continue his tanning in the transalpine infra-football although he regularly trains with the first team. In the main field of Vinovo he assures that he focuses more on “Dybala” although he considers Cristiano “a monster”

“I am very happy. On Sunday I was in Carrara (victory against Carrarese) to play with the subsidiary and now, I made my debut with the first team I scored to help win in the Italian Cup,” he said at the end of the match knowing that he surely will tap back down to the mud.

A special goal generated by Cristiano, dedicated to his “mother” and celebrated by his idol. A dream come true for Rafia, who wants to become like Karim, the best partner of the Portuguese 7.