The astrologer who lives in Mexico advanced the results of the elections and slipped an enigmatic phrase about the country. 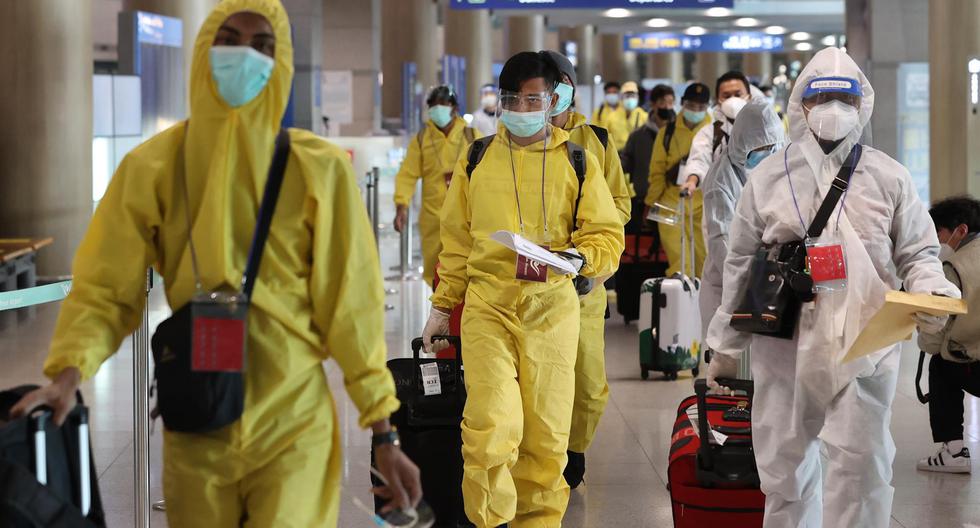 Omicron: South Korea reactivates quarantines for travelers after detecting the new variant of the coronavirus

Mhoni Vidente, the astrologer born in Cuba , but based in Mexico , contributed her perspective on the elections in Colombia where Gustavo Petro was elected president.

Although she is usually controversial in her predictions, this time Mhoni Vidente was right because a few days ago she said that Gustavo Petro would be the new president of Colombia .

On his YouTube channel, Mhoni Vidente gave her opinion on the elections. “Political betrayal is going to continue in Colombia ,” said Mhoni Vidente, referring to Petro’s victory.

Days before the elections, the seer pointed out that Petro’s victory was assured and added a mysterious sentence “definitely political betrayal will continue in Colombia,” said Mhoni Vidente to refer to the victory of the left.

” I see that the left is winning with a difference of three or four points ,” added Mhoni.

And the astrologer was not so far away. The center-left candidate obtained 50.44 percent of the vote and the populist candidate, Rodolfo Hernández, who reached 47.31 percent.

“Today is a holiday for the people. May they celebrate the first popular victory. May so many sufferings be cushioned in the joy that today floods the heart of the Homeland ,” Petro said on Twitter.

“This victory for God and for the People and their history. Today is the day of the streets and squares,” he added.

According to the count of all the tables, Petro obtained 11,281,013 votes, while his rival, the populist Hernández, of the League of Anticorruption Governors, reached 10,580,412 votes .

Who is Gustavo Petro, the new president of Colombia?

Despite having belonged to the M-19 guerrilla , Gustavo Petro, the new president of Colombia after having defeated the populist Rodolfo Hernández in the ballot, prefers to be called a revolutionary rather than a guerrilla , because leading revolutions is how he has always felt comfortable and that of taking the center-left to the presidency is the one that he raised in these elections.

Born in 1960 in Ciénaga de Oro, in the Caribbean department of Córdoba, he grew up and studied in the interior of the country, in Zipaquirá , an Andean town near Bogotá. He is the eldest of three siblings, from a middle-class family, with a father from the coast and a mother from the interior.

That mixture also lives on in his character: shy, “personally quiet and proud”, as he is described, but a great speaker and comfortable when he takes the stage in the packed public squares.

Predictions of Mhoni Seer for 2022

“ The volcanoes are going to continue to erupt so precautions must be taken. We must remember that we are prey to nature” , said Mhoni Vidente.

The astrologer also predicted that the president of Mexico, Andrés Manuel López Obrador , could be betrayed by a person from his party, the National Regeneration Movement (MORENA) during 2022.

In this sense, Mhoni Vidente pointed out that “the Devil’s card will dominate Mexico in 2022. The president will have to take care of his health and will have to watch his back, since there are people who do not want him in power and no longer want to follow him.”