This will be the Vaccination Plan against Covid-19 in Chocó

The G7 leaders denounced as a “war crime” Russia’s missile attack on a shopping center in Ukraine that, according to the latest balance sheet on Tuesday, killed 18 people. 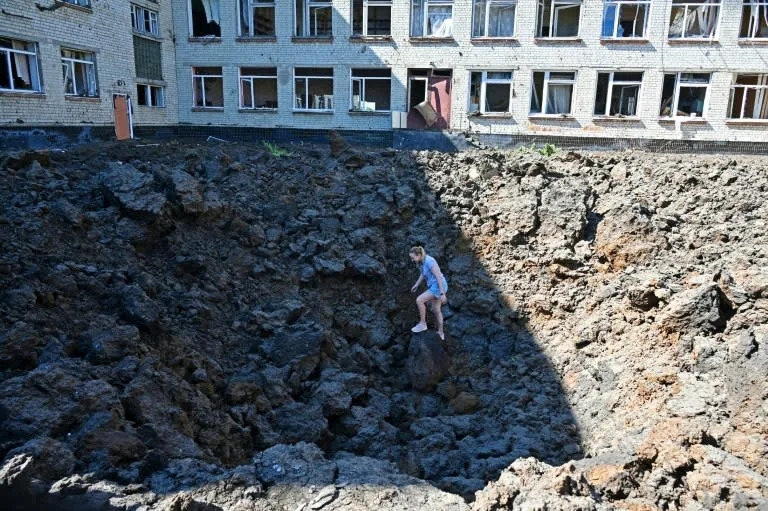 According to the Ukrainian Air Force, Russian troops launched a missile attack fired by Tu-22 long-range bombers from Russia’s Kursk region that hit a “highly frequented” shopping mall in the central city of Kremenchuk. country.

Ukraine accused Russia of deliberately targeting civilian targets in what President Volodymyr Zelensky described as “one of the most brazen terrorist acts in European history.”

The governor of the Poltava region, where Kremenchuk is located, said Tuesday morning that 18 people were killed in the attack.

Hours earlier, the head of the emergency service, Sergei Kruk, put the number of injured people at 59 and assured that the rescue teams were working “intensely” and will continue to do so “day and night”.

On the same day, the Ukrainian authorities denounced an attack with four deaths in Kharkov (northeast) and the death of eight civilians due to a bombing at a water collection point in the city of Lysychansk (east).

This city has become the target of intense attacks by Russian troops after the fall of its twin city, Severodonetsk, separated only by a river.

“Our defenses hold the line, but the Russians are turning the city into rubble… the infrastructure is completely destroyed,” regional governor Sergei Gaidai said.

After the failure to conquer kyiv at the end of March, the Russian troops focused their attacks on the east, where they were slowly gaining ground despite the resistance of the Ukrainian troops.

The attack at the mall drew harsh condemnation from leaders of the G7 industrialized countries meeting in Bavaria, at the foot of the German Alps, who vowed to continue to back kyiv.

The G7 will continue to “provide financial, humanitarian, military and diplomatic support” to Ukraine “for as long as necessary,” the leaders of the United States, Germany, Britain, France, Italy, Japan and Canada said in the statement.

For its part, the UN called the Russian bombardment “execrable.” The Security Council will meet on Tuesday to discuss recent Russian bombing of civilian targets in Ukraine, diplomatic sources said.

Zelenski, who participated in the G7 summit by videoconference, called on his Western allies to intensify sanctions to try to end the war before the arrival of the cold winter.

The group’s leaders discussed a mechanism to cap Russian oil prices and sanctions against the country’s defense sector, but European leaders fear it will be difficult to implement.

The G7 meeting ends on Tuesday, but will be immediately followed by a NATO summit in Madrid on Wednesday and Thursday, in which Zelensky will also speak.

This Monday, the Atlantic Alliance announced that it will increase its troops in a high readiness situation to “more than 300,000 combatants” (compared to the current 40,000) and that it will send more heavy weapons to its eastern flank.

NATO Secretary General Jens Stoltenberg said these measures “constitute the biggest review of our defense and collective presence since the Cold War.”

The wide arsenal of sanctions deployed by Western countries against Russia seem to have placed the country on the verge of defaulting on its debt.

Moscow admitted on Monday that, due to international restrictions, two payments did not reach their creditors before the deadline, but Kremlin spokesman Dmitri Peskov “there is no reason to qualify this situation as a default.”

“The non-obtaining of the money by the investors is not the result of the fact that there has been no payment, but is caused by the action of third parties,” the Russian Ministry of Finance insisted in a statement on Monday.