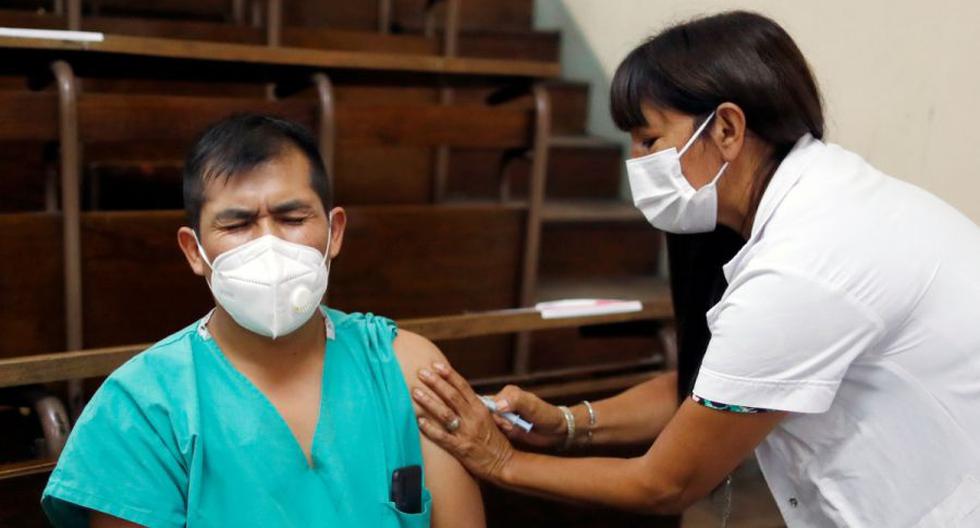 Argentina registers 9,955 cases of coronavirus and 93 deaths in one day

This morning a French military plane carried out a first evacuation of people from the Kabul airport in what is intended to be “an airlift” to remove the French still present and the Afghan civilians who collaborated with its army between 2001 and 2014 from the country.

“We have laid the foundations for an airlift between Kabul and Abu Dhabi”, said the French Minister of Defense, Florence Parly, that in an interview with the radio station RTL She was confident that after that first flight new rotations could be organized in the coming days.

France has sent two military planes to its base in the United Arab Emirates to organize the repatriation of the “several dozen” French who remain in Afghanistan and the Afghans who worked for its armed forces while on the international mission in that country, until the end of 2014.

Parly did not want to give an estimate of how many Afghans could reach France in this way because he considers it premature, but he made an effort to emphasize that his country has not waited until the last minute, and that in recent years there have already been “several hundred” who they have availed themselves of that possibility.

Since the president, Emmanuel Macron, commissioned in 2018 the review of the situation of some of those former collaborators of his military (such as interpreters, drivers or cooks) and their families, more than 200 people have arrived in France.

The minister insisted that the problem now to get them out of the country is the difficulty they have to get to the Kabul airport, since the Taliban have established controls at some accesses and some are not even in the Afghan capital.

He also noted that some of them had not wanted to leave Afghanistan in recent years, although they had been offered the possibility of hosting them in France.

In a speech Monday night, Macron emphasized that his “absolute urgency” with the fall of practically all of Afghanistan into the hands of the Taliban is to remove the remaining French and those who worked for the French military out of the country.

The French president also announced an initiative with Germany and other European countries to prevent “irregular migratory flows” of Afghans that run the risk of taking place as a result of the destabilization of the country.

He justified it because “Europe cannot by itself bear the consequences of the current situation.”

As for Germany, the first A400M military transport plane of the German army managed to land at Kabul airport last night and evacuate a first small group of people, confirmed today the head of German Defense, Annegret Kramp-Karrenbauer.

“We had only very little time and that is why we only took those who were really there. And yesterday they could not be at the airport in greater numbers due to the chaotic situation”, indicated the minister, in declarations to the morning program of the public television ARD.

According to media reports, the plane managed to evacuate only seven people, although the minister did not confirm the figure.

“We have a very confusing, dangerous and complex situation at the airport, mainly due to the crowds of people. Yesterday we managed, in a really dangerous landing, to land our apparatus”, he described.

He added that Germany has sent soldiers to Afghanistan to create conditions for the people to evacuate “effectively have the possibility of reaching the airport” and specified that “that was yesterday the main task”.

He indicated that preparations for evacuation were made during the night and that the second German plane is awaiting authorization from the United States to depart for Kabul.

Kramp-Karrenbauer spoke of two possible scenarios, the first, that the airport could be kept open only for a short time, for which Germany now has “robust forces in situ” to continue reinforcing.

The second scenario – the one that everyone wants together with the Americans, he said – is that it is possible to actually organize an air corridor in the coming days, for which Germany has made 600 soldiers available.

The important thing now is to organize things in such a way that both German citizens, local employees and threatened people can be evacuated and also help other nations in this task.

“The mission of the German army is clear: get as many people out while it is still possible,” he said, while saying that the whole world, not just Germany, “was surprised on Friday by the dynamics of events” with the entry of the Taliban into Kabul.

The minister expressed her dissatisfaction with the process of the precipitous withdrawal of NATO and the United States from Afghanistan and was convinced that there will be many things, also within the Atlantic Alliance, that will have to be reviewed.