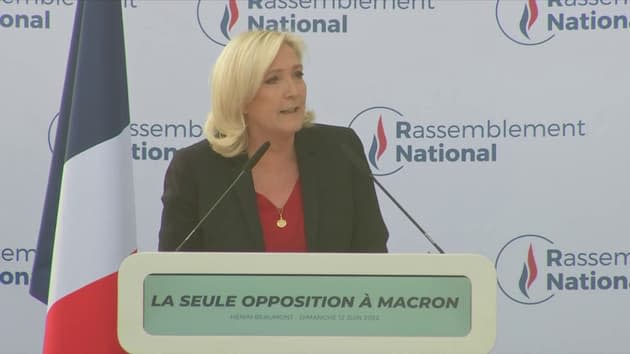 Legislative: in the event of an Ensemble-Nupes duel, Marine Le Pen calls on her voters to “not choose”

In an attempt to reach the proposed goal for this year of achieving the arrival of 2.5 million visitors to the island , Cuba today signed an official agreement with China to promote cooperation in the development of tourism between both countries. a sector that is seen as “the key” to restore the economy.

Both countries signed an agreement in Beijing to promote ” the promotion, organization and management of travelers to the island and to China under various modalities and according to the interests identified in various sectors, including multi-destination in the Caribbean region,” the post detailed. official of the Embassy of Cuba in China.

The memorandum of understanding was signed after an exchange between the Cuban ambassador, Carlos Miguel Pereira Hernández, and Chen Xiaobing , president, co-founder and CEO of Caissa Tourism Group.

The development of the Cuban program that targets the Asian giant, the largest source destination for tourists, is based on “doubling efforts” in that market and on the promotion of nature, culture, health and nautical tourism, among other options, detailed the authorities.

Cuban plans with Chinese tourism had a boost in 2019, when in the first half of that year there was a slight decrease, since the 23,295 Chinese visitors who came represented 98.1% of those who arrived on the Island in the same period of 2018.

Obstacles such as economic sanctions and the appearance of the global Covid-19 pandemic closed markets and possibilities for Cuba, including tourism.

The local tourism agencies consulted stressed that tourism can be considered “the key” to Cuban economic restoration , despite the fact that there are obstacles that are not yet fully “overcome in the world”, such as the pandemic and the war in Ukraine, that have a negative impact.

This week, the Prime Minister of Cuba, Manuel Marrero , who was tourism minister for years, warned that this industry in the country “will recover gradually” when speaking of the possibilities of the recovery of the Cuban economy.

According to the International Seminar on Journalism and Tourism in Havana, tourism has “the potential to face the current problems of the sector.”

The latest statistics from the Ministry of Tourism show that the island has more than 78 thousand rooms available to accommodate tourists throughout the territory, of which 74% of them are 4 and 5 star categories.

In addition, the island has particular attractions for tourism. In addition to its paradisiacal beaches, the island is the third best destination in the world for diving , according to a study by the Bounce platform , which highlights the areas of coral reefs, the species of fish and the snorkeling tours available.

Cuba welcomed around 4.3 million vacation travelers in 2019 , a figure well above the numbers of tourists it currently welcomes. From January 1 to June 30, the country registered 682,297 visitors, and it is estimated that, for the period from July to October, more than 1 million land.

However, the Ministry of Tourism points to the ambitious figure of 2.5 million visitors for this year, said the head of the sector, Juan Carlos García Granada, a “hard challenge”,said, “but similar destinations have been recovering.”