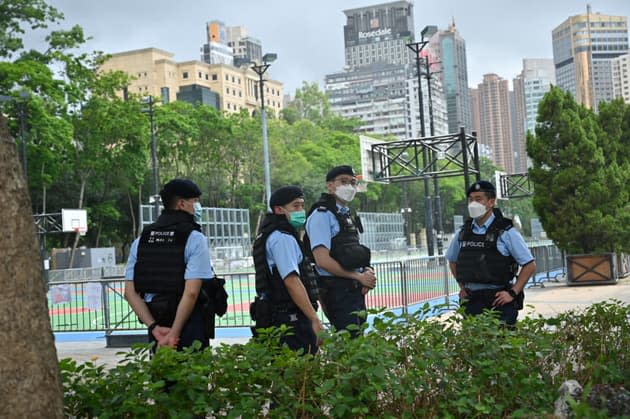 The live-fire military exercises organized by China around Taiwan after the visit to the island of the President of the US Legislature, Nancy Pelosi, enter their second day today after missile launches were recorded on Thursday. long-range.

Attention is focused this Friday on the two aircraft carriers of the Chinese Navy, the Liaoning and Shandong, which have not been sighted at the moment participating in the maneuvers but are not in their base ports either.

Yesterday’s exercises, which involved the closure of air and sea space in six areas around the island, included long-range artillery target practice, with “multiple types of conventional missiles”, as well as the aerial deployment of dozens of aircraft military between fighters and bombers.

This is the first time that launches of this type have been recorded in the vicinity of Taiwan since the third Strait crisis between 1995 and 1997.

Analysts quoted by the Hong Kong newspaper South China Morning Post ventured that the People’s Liberation Army (EPL, Chinese Army) could today use bomber planes with long-range cruise missiles such as the CJ-20.

For the last three days, Taipei has denounced incursions by Chinese military planes into its self-defined Air Defense Identification Zone (ADIZ), some of which would have crossed the middle line of the Strait.

The president of Taiwan, Tsai Ing-wen, described in the last hours the Chinese maneuvers as an “irresponsible act” that fuels tensions in the Indo-Pacific, demanded restraint from Beijing and asked for the support of the international community.

He also said that Taiwan will not contribute to the escalation of tensions but will defend its sovereignty.

Beijing’s response to Pelosi’s controversial trip has sparked numerous international reactions, including that of UN Secretary-General António Guterres, who is following China’s military maneuvers “closely and with concern,” according to his spokesman, Stéphane Dujarric.

Meanwhile, White House spokesman John Kirby said Thursday that the US sees the maneuvers as a “significant escalation” of tension in the area and decided to leave the USS Ronald Reagan aircraft carrier near the island to monitor the situation.

Hours earlier, Chinese state media had assured that the US ship – initially moved to the area to escort Pelosi – had withdrawn and headed northeast, “hundreds” of kilometers from Taiwan.

The White House has insisted in recent days that the US has not changed its policy towards Taiwan despite Pelosi’s trip, the first by a US House Speaker to the island in 25 years.

China, which described Pelosi’s visit as a “farce” and “deplorable betrayal”, claims sovereignty over the island and considers Taiwan a rebellious province since the Kuomintang nationalists withdrew there in 1949, after losing the civil war against the communists