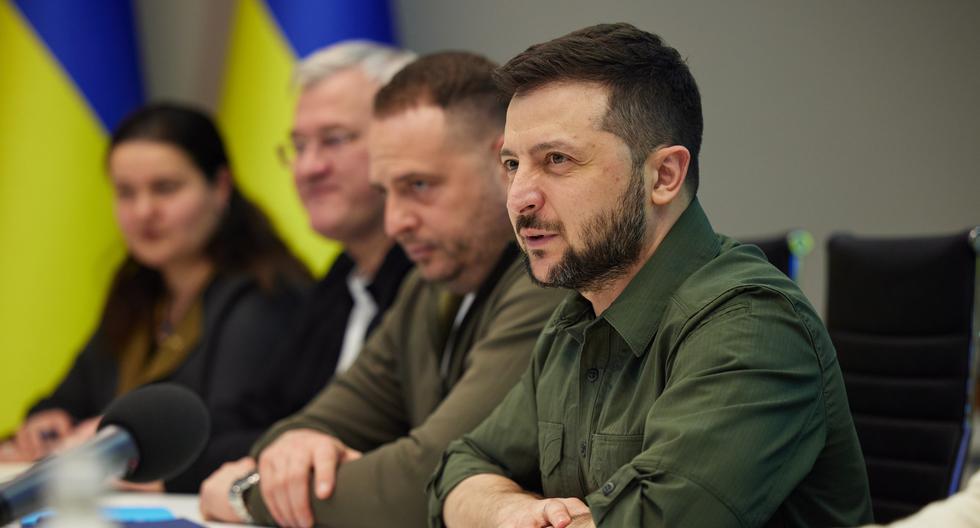 Russian missiles fly over three nuclear power plants in Ukraine, according to Zelensky

The planet Jupiter now in the shadow of its moons. The second round of legislative elections gave way to a fragmented National Assembly and deprived Macronie of a majority. With only 246 seats, Ensemble lacks about forty parliamentarians to allow the government of Elisabeth Borne to move forward without suffering.

While the Nupes called for the resignation of the Prime Minister and some observers fear a dissolution, the tenant of the Elysee was trying to spare the goat, the cabbage, and the entire parliamentary vegetable garden. Emmanuel Macron thus received, this Tuesday and Wednesday, June 22, the party leaders “in order to identify possible constructive solutions in the service of the French”.

No question therefore of making a clean sweep, but rather in the immediate future to seek a consensus around a “national union”, pleaded François Bayrou. According to the latter, the president himself would find the situation “stimulating” and would be interested in “current challenges”.

To answer this, Emmanuel Macron will be able to dig deep into his European wallet, for example by going for inspiration from certain neighbors.

“In Europe, France is in the minority with its ultra-presidential model. Around us, we are more dealing with the culture of parliamentary consensus and coalitions to govern”, notes Mathieu Gallard, director of research for Ipsos France, interviewed by GLM. And this culture is not new, between 2004 and 2018, there were no less than 17 major government coalitions in European countries.

The Holy Grail of the German model

No offense to Christian Jacob, the boss of the LR, who assured this Tuesday morning that he did not have a “German vocation”, the Berlin model remains the one which is the most stable in terms of parliamentarism. The current executive, with Olaf Scholz in the role of Chancellor, was built with the Greens, the Social Democrats, and the Liberals. Each had to compromise on some measures while defending others in the common agenda.

A notable difference, however, is that the notion of coalition is so established across the Rhine that the negotiations last long after the results, and are often already mentioned before the election via programmatic acquaintances. Which is hardly possible at the present time in France.

Another very German detail that could play in the balance, the large coalitions are not without risks for the “small” ones who join them. After joining Angela Merkel’s CDU in 2005 and 2013, the SPD lost some of its electorate.

Conversely – as this very detailed study by Marco Morini and Matthew Loveless for Cambridge University Press shows – in coalitions in Europe, the dominant parties are generally rewarded in the elections that follow. “In fact, it could be dangerous for LRs, for example, to enter into a formal alliance. In this type of configuration, it is the ‘junior partner’ who suffers the most”, abounds Mathieu Gallard.

When Spain breaks its bipartisanship

Beyond the possible political gains that alliances can generate, the latter prove to be almost inevitable in the event of a blockage, however, recalls the specialist.

In Spain, by dint of patience, Ciudadanos (center) and Podemos (left) succeeded in the middle of the 2010s, to find a place between the PP (right) and the PSOE (left). “You have to remember that in Spain there have been four legislative elections in four years because neither the PP nor the PSOE wanted to form a coalition with Podemos or Ciudadanos, which came to compete with them on the left and on the center right. It was not easy to accept this change of situation, but by dint of blocking the parties end up giving in”, abounds Mathieu Gallard.

Another Iberian example quite telling for Macronie, that of the first Aznar government between 1996 and 2000. For four years, the latter governed with a relative majority, but benefited on a case-by-case basis from the support of regionalist parties. Sufficient to implement the Masstricht criteria for example. “Nevertheless, we imagine that this model would leave less leeway to the executive for divisive laws”, procrastinates Mathieu Gallard.

If the first Aznar government and the German model are models of stability, European history shows that even fragile executives can function, sometimes relying on a providential call.

Italy, accustomed for ten years to seeing its governments fall regularly, has for a few days been a point of comparison to evoke France. “I fear that we are more in an Italian political situation where it will be difficult to govern than in a German situation with its search for consensus”, thus entrusted to Reuters, Christopher Dembik, analyst at SaxoBank.

But recent Italian history, despite its upheavals, is rather reassuring. After a crisis in 2018-2019, Rome is again faced, two years later, with the defection of its government – this time in the midst of the Covid crisis. The Italian president then called Mario Draghi back into the political game, instructing him to form a new government. The one who has just spent ten years as governor of the Bank of Italy and then as president of the European Central Bank accepts and is even almost unanimously behind him.

In addition to his status as savior of the economy during the 2008 crisis, Super Mario has benefited from a kind of status as a providential man, outside political grubs. A reassuring stature above parties.

In France, it’s hard to imagine a personality similar to Mario Draghi, capable of both taking the place of Elisabeth Borne, and talking to everyone. And yet, analysis with our colleagues from TV5 Monde, the political scientist, Pascal Delwit, the current situation ”will undoubtedly require less verticality in the decision-making process and shift the decision-making space from the presidency at the Élysée to the Prime Minister at Matignon and from Matignon to the National Assembly”.

When it comes to putting the Assembly back in the middle of the game, or even to evoking the need for a more parliamentary regime, two counter-examples immediately come to the table: the case of the French Third Republic, and that of the Belgium. But are they really?

Belgium, whose federal system is often seen as “immature”, has broken the record for the longest period without a government several times: more than 500 days in 2011, more than 600 in 2019, each time with a fundamental incompatibility between the N-Va, Flemish nationalist and on the right, and the PS, on the left and Walloon. These two crises resulted in motley and fragile programmatic alliances – and without the N-Va – but which nevertheless enabled the country to move forward, often by means of the establishment of a “bible” of programmatic work.

“In France, we remain traumatized by the Third Republic, which nevertheless operated from 1870 to 1958 with major laws on freedom of the press or trade unionism. Instability is not necessarily inefficiency. It can give rise to more worked texts”, abounds Mathieu Gallard.

In Brussels, however, what could be able to inspire Emmanuel Macron the most is undoubtedly the European Parliament. First example of the ability of parties, despite their immense diversity, to negotiate. Macron without majority, will perhaps sign the return of Macron the European.