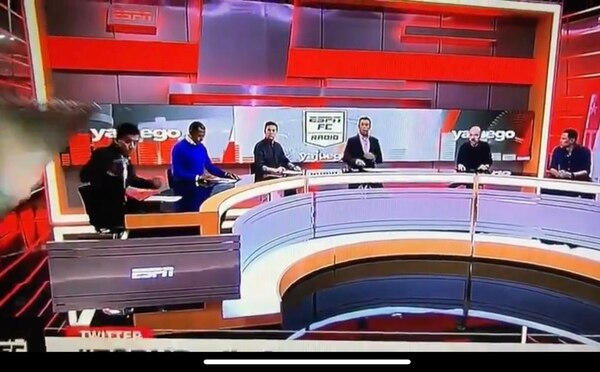 After Andrés Manuel López Obrador announce the proposal to return to face-to-face classes in Campeche After a campaign to vaccinate the teachers of the entity, the secretary of Public Education of the entity revealed that the decision will rest in their hands.

Ricardo Alfonso Koh Cambranis, head of the local education agency, revealed in an interview with Azucena Uresti that they would need tocradle just over 24,000 people in the state for this to be a reality.

The above, he assured in Formula, anda considers all the people who make up the educational system from the initial stage to the higher stage, that is, managers, teachers, administrators and quartermaster.

However, he revealed to the media that vaccination alone cannot be considered as a condition for returning to schoolas there are many other variants of the pandemic that should be taken into account, including the opinion of teachers.

“We haven’t done the survey with the teachers yet, and of course, this would not be a condition for returning to class, we should be looking at other factors that intervene in this contingency and we would analyze it with the Secretary of Health in Campeche“, Said Cambranis.

Local educational authorities assured that it is not the only condition to return to the classroom, as there are more factors to take into account (Photo: Cuartoscuro)

For the moment, he stated, They are in the stage of reviewing and cross-checking with the Federal Public Education Secretariat the lists of people in the educational system, in order to identify possible flaws in the vaccination strategy.

“We have the news that the folksy teachers are considered within this vaccination scheme, today we had the opportunity to work hand in hand with the SSa to see vaccination strategies of all the personnel of the educational system, we were crossing what would be the lists, the entire database so that this strategy can take place. This is important because a large part of the Campeche population would be covered, ”said the public official.

About He assured that there are still no possible dates to start the vaccination, nor for the reception of the vaccine in the entity, which will depend on the calendar indicated at the federal level.

In addition, he reported that the last word will be the local authorities, and they also considered that it is not a determining factor, since they only take it as part of the federal scheme.

“We have to analyze ourselves and make the decision from the state, to know if there is no risk on the part of the staff, the parents, the students ”, he said.

And he thanked the federal authorities, led by the president, for allow “the state educational authorities to make the decision to return to face-to-face classes, as long as all the necessary conditions are met to avoid any regrowth ”.

Finally, he told the Mexican journalist that in Campeche they will continue with extraordinary health measures to continue the 18-week streak at a green epidemiological or minimal risk traffic light.

Campeche would have to vaccinate 24,092 workers to return to face-to-face classes in February (Photo: Cuartoscuro)

Was Andrés Manuel López Obrador who proposed to start the vaccination of about 20 thousand education workers for the weekend, with the aim of restarting face-to-face classes in mid-February.

“We need to go back to school; face-to-face education. If in the case of Campeche it has been green for several weeks and all workers are vaccinated, we can return even though we are only one state of the 32 states. It is already a step “, he assured at a press conference.