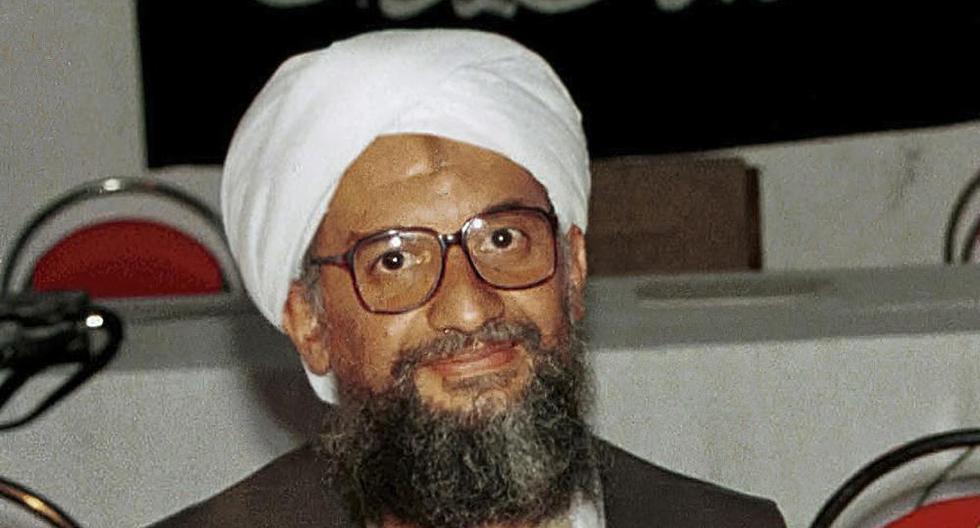 Ayman al Zawahiri, from a clinic in Egypt to the leadership of the terrorist group Al Qaeda alongside Bin Laden

Rishi Sunak has been Prime Minister of Great Britain for a month. In the tumultuous world of UK politics in 2022, that’s quite an achievement.

Sunak took office on Friday, October 25, and in the intervening month has steadied the nation after the brief tenure of his predecessor Liz Truss. The politician of Indian descent, Britain’s first non-white prime minister, has stabilized the economy, reassured allies from Washington to Kiev , and even appeased the European Union after years of clashes between the British government and the bloc.

But the challenges against Sunak are just beginning. He is dealing with a slowing economy, a cost-of-living crisis and a ruling Conservative Party that is fractious and increasingly unpopular after 12 years in power.

Opinion polls have good news and bad news for Sunak. The public quite likes the 42-year-old former investment banker, but his match is another matter.

In a poll conducted by the IPSOS pollster, 47% of respondents said they liked the prime minister, while 41% disliked him.

“That’s definitely better than what Boris Johnson was getting previously this year,” said Gideon Skinner, IPSOS’s head of political research. But he said Sunak’s popularity “is showing no signs of rubbing off on the brand of the Conservative Party.”

In the same poll, just 26% liked the party and 62% disliked it, the worst numbers it has faced in 15 years. Ipsos’ telephone survey of 1,004 adults is considered accurate to within plus or minus four percentage points.

Many voters welcome Sunak as a change from Truss and his predecessor Johnson, who resigned in July after three scandal-plagued years in office. But the party has been in power since 2010, making it difficult for the Conservatives to evade blame for the country’s financial woes.

It is not impossible for the Conservatives to rebuild their popularity before the next election, to be held no later than the end of 2024. But it will not be easy. Current polls suggest that the Labor Party would win easily.

At the height of the COVID-19 pandemic, Sunak, then Britain’s chief of the Treasury, gained popularity by spending billions of pounds sterling to support shuttered businesses and pay the wages of furloughed workers.

Now he has to apply a bitter medicine. Britain’s economy is being dragged down by the effects of the pandemic, Brexit and especially by Russia’s invasion ofUkraine, which has sent world energy prices through the roof.

Millions of people in Britain have seen their electricity bills skyrocket, though a government-imposed cap has prevented even higher prices. Pandemic-related delays and staff shortages have led to record wait times for medical care at Britain’s National Health Service.

The situation was made worse by the ill-advised package of unfunded tax cuts ordered by Truss in September, which torpedoed Britain’s reputation for economic prudence, weakened sterling, increased the cost of borrowing and triggered an emergency central bank intervention. Truss resigned last month after less than two months on the job.

“I fully realize how difficult things are,” Sunak said in his first address to the nation on October 25, warning that “difficult decisions lie ahead.”

An emergency budget last week helped buoy sterling and reassure markets, at a cost of £25bn ($30bn) in tax increases and the prospect of cuts to public spending. later.

The Organization for Economic Co-operation and Development forecast this week that Britain’s economy will contract by 0.4% in 2023 and grow by just 0.2% in 2024, the worst outlook among the Group of Seven industrialized countries. .

THE WAR IN EUROPE

Boris Johnson’s departure has caused concern in kyiv, where his staunch support for Ukraine’s resistance to the Russian invasion has won admiration and respect.

Britain has given Ukraine 2.3 billion pounds ($2.8 billion) in military aid since the war began, more than any country except the United States, and has pressed allies to do more to help kyiv.

Sunak traveled to kyiv last week to reassure President Volodymyr Zelenskyy that Britain’s policy will not change under his leadership. “I am proud of how the UK sided with him from the start,” Sunak told Zelenskyy. “And today I am here to say that the UK will continue to stand by Ukraine.”

LondonIt keeps up its flow of support: last week it announced it would deliver anti-aircraft guns, anti-drone technology and three Sea King helicopters to Ukraine.

But while support for Ukraine is secure, defense spending could face a reduction. Sunak abandoned a commitment made by Truss to increase defense spending to 3% of gross domestic product by 2030.

Britain’s relations with its closest neighbors and biggest trading partners have been strained since it left the now 27-nation European Union in 2020. Both Johnson and Truss seemed to delight in exasperating the bloc in order to placate the powerful eurosceptic wing of the Conservative Party.

Sunak has been softer, making friendly calls to European leaders in the days since taking office. Achieving concrete change is more difficult, given the power that Brexit’s most staunch supporters have among the Conservatives.

Britain’s departure from the EU brought customs checks and other barriers to companies trading with the bloc, sparked a political crisis in Northern Ireland and ended the free flow of EU citizens to Britain to fill vacancies. .

The British government could ease trade friction if it agreed to align itself with the rules of the European bloc in some areas, such as veterinary or food standards. But after reports that the government was seeking closer ties angered eurosceptics, Sunak said this week that he would not agree to “align himself with EU laws.”

David Henig, a trade expert at the European Center for International Political Economy, believes that the backlash “has revealed how deep Europe’s problem runs for Rishi Sunak and for the Conservative Party.”

He said Sunak is a longtime Brexiteer but also a pragmatist who “just wants a relationship that works, and this one clearly doesn’t at the moment.”

“I think the problem is that he doesn’t have any great new ideas about how to make that work, and a lot of internal opposition,” Henig said.