Japan warns Beijing: “A military adventure in Taiwan would be China’s economic suicide”

A Spanish tourist has died in the explosion recorded this Friday in a luxury hotel in Havana (Cuba), while another tourist of this nationality has been seriously injured have assured Efe sources from the Ministry of Foreign Affairs in Madrid.

The event, in which At least 22 people have died and another 64 have been injured occurred when a Tanker truck serving liquefied gas to Saratoga hotel.

Inside the hotel there was only a team of employees, who worked on preparing the property for its reopening on May 10 after being closed for two years due to the pandemic.

The numbers of victims are not definitive and could rise in the next few hours, as progress is made in the removal of debris from the Saratoga hotel, emblematic of Havana’s historic center.

The president of Cuba, Miguel Díaz-Canel, who quickly went to the scene, stressed that it was an “unfortunate accident” and ruled out that it was a bomb or an attack.

“Our deepest condolences and sincere accompaniment to the families and relatives of the victims. #FuerzaCuba”, said the leader of the Castro regime in a tweet, after visiting the place and several hospitals.

Among the injured there are 11 extremely serious. “A two-year-old boy who is undergoing surgery for a skull fracture,” reported Miguel Hernán Estévez, director of the Hermanos Almejeiras hospital, one of the three hospitals that received victims.

Also there are 13 missing people for the event, according to a report on state television, which is broadcasting details of preliminary investigations.

The noise occurred around 10:50 local time (14:50 GMT) and caused the collapse of part of the facade of the buildingalso affected by a fire that generated a large plume of smoke. 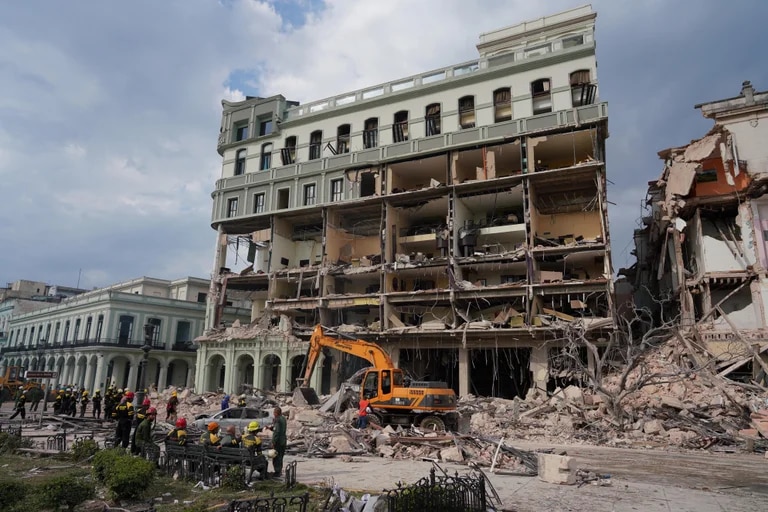 The ground floor, the first and second floors of the six-story building were seriously affected by the explosionwhich brought down the facade, causing a shower of rubble on the street. The mountain of debris on the sidewalk exceeds the height of a person. Upper floors were also damaged.

As detailed by the local portal 14ymedio, the block of flats on the side was also badly damaged and a nearby school lost its doors and windows. Children in that school were evacuated safe and sound, according to authorities of the Communist Party of Cuba.

Before, the site Cubadebate echoed the official user in networks Cuban Warrior who suggested that the explosion happened “presumably while transferring liquefied gas from a truck”. 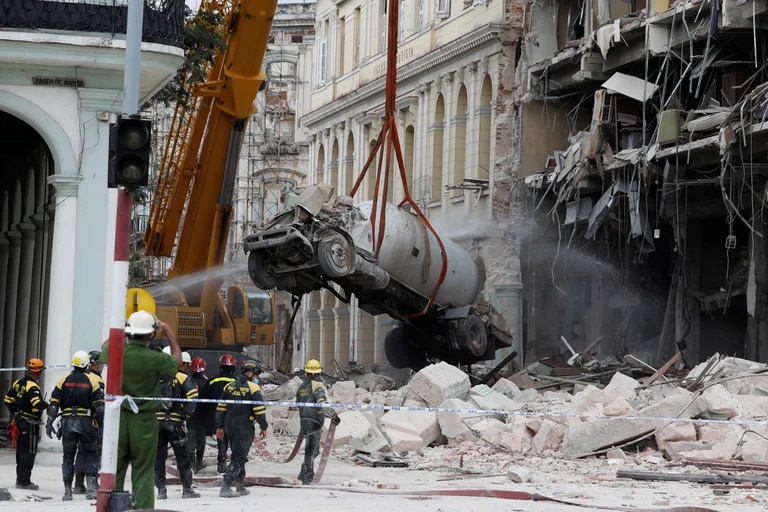 Meanwhile, the journalist Havana Channel, Eduardo Cedeno Milan posted on Facebook: “It wasn’t a bomb. The gas company was servicing the hotel. It wasn’t an attack, it was an accident”.

The place is one of the busiest in Havana with several bus stops and the permanent passage of people, many of them tourists.

The Saratoga is housed in a neoclassical-style building built in 1880 and has been operating as a hotel since 1933.. Its last restoration took place in 2005, according to official media. With five stars, the hotel is considered one of the most luxurious in the city.