The Irish Government assured this Monday that the “repair” of the damage caused by the cyberattack that suffered last week the computer system of the National Health Service will cost “tens of millions of euros.”

Its CEO, Paul Reid, explained today that, in addition to the economic cost, the “data hijacking attack” detected last Thursday continues to cause “serious disruption” to the HSE, which has since closed many of its computer systems, causing the cancellation of thousands of appointments and health services.

The manager indicated that the cyberattack was a “Very serious and sophisticated blow” directed at “each” of the 2,000 systems that make up the HSE computer network, although the experts established already during the weekend “an initial base for its reconstruction” in the next days.

However, he warned that It is still too early to determine the “total impact” that the attack will have on each of these systems and to ensure whether they “will be stable” by the end of this week.

Reid also said that he does not know how much money the hackers asked to “release” all the hijacked information, since this The matter is now in “the hands of the national security teams.” 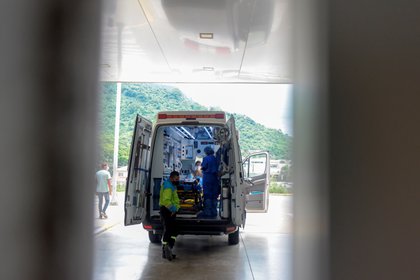 In this regard, the Irish Prime Minister, Micheál Martin, stressed that the Government “will not pay any ransom.”

”It will take several days to assess the impact. The important thing is that people cooperate with the HSE, that the emergency services are working and that the vaccination program against covid-19 has not been interrupted,” said Martin.

Reid said today that the priority now is directed to that until 19 hospitals of all the country to reactivate “independent computer systems” and to recover “some connectivity in the systems of the HSE”.

In parallel, he added, the HSE is working to reopen “diagnostic, oncology and patient laboratory results systems,” as well as “internal email services.”

This serious incident comes four years after a similar attack caused serious problems and disruptions in the UK’s National Health Service (NHS). At that time, the virus, called WannaCry, forced to paralyze the activity of almost 600 health centers throughout the country, since some of the systems ended up infected by the computer virus and others as a protection measure.

WHAT ARE “RAMSONWARE” OR CYBER KIDNAPPING 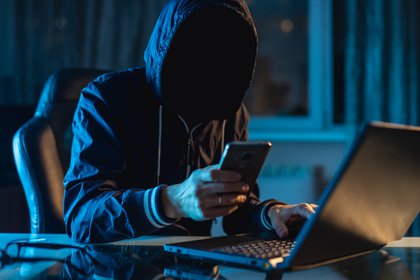 The word “Ransomware” comes from the English ransom (ransom) and ware (software or computer program). They are programs used by hackers that encrypt files with information and force their users to pay a sum of money as a ransom to return the files to their owners.

Generally, hijackers take control of computers or electronic devices by taking advantage of the flaws that the internet presents. This occurs when the victim consults a web page that is affected or opens an email that invites them to access a link or download an attachment.

In seconds, the program can be implemented. When installed, it does not have a viral load, which makes it undetectable. It is later, when it downloads the viral load.