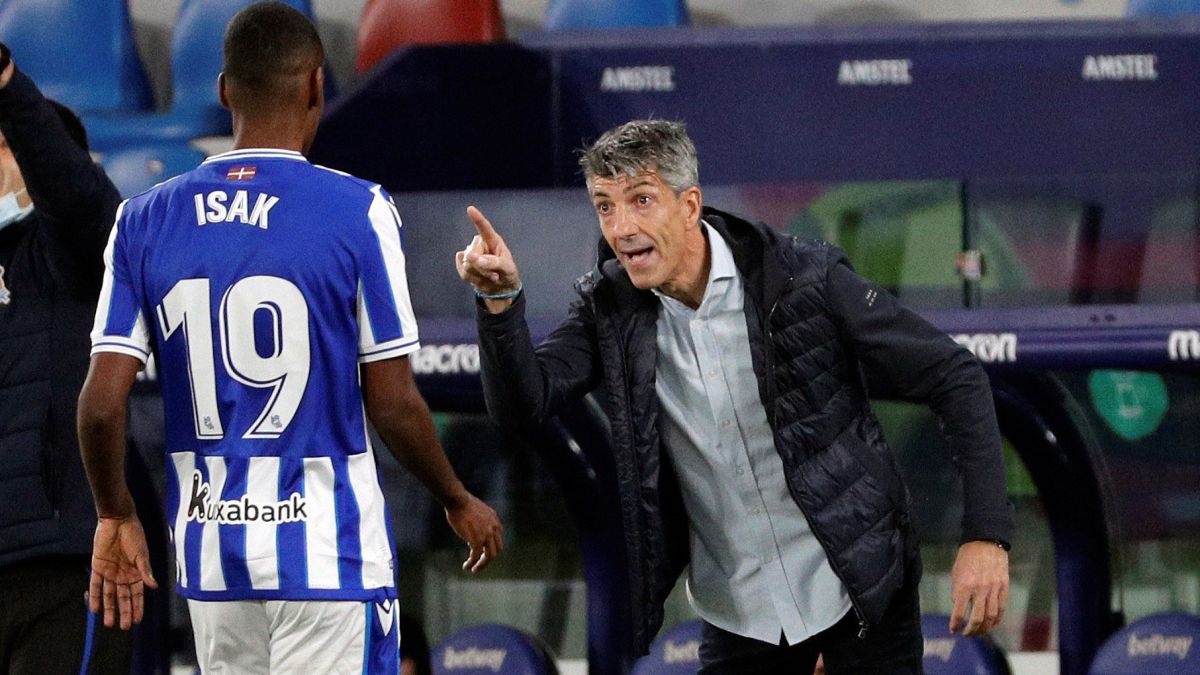 Real Sociedad Imanol: “We have to cut this streak now”

Diego Maradona he was a figure that revolutionized every place he walked. His presence at any sporting event generated a particular emotion and no one wanted to miss out on having him in the stands. He TenFurthermore, he was a fan of the Argentine team, regardless of what discipline, and it was common to see him encouraging any athlete or team who wore the light blue and white jersey.

In 2010, Maradona traveled to Venezuela to meet with the then president Hugo Chavez. In those days, the basketball team he was in that country about to play a home run. The presence of the one who at that time was still the coach of the soccer team was so expected that the organizers did not care about the serious extra-sporting circumstances that surrounded the beginning of the tournament.

“In a friendly against Brazil in Venezuela, there was a murder inside the stadium. A person walked in and shot another over a family dispute. But the game was played the same because Maradona came to see him. It started late because Diego was late, “he said. Juan Pipe Gutierrez, a member of that Golden Generation and one of the protagonists of the team that won the bronze medal at the 2008 Beijing Olympic Games.

In dialogue with the radio program TT Sports, the former basketball player considered that that game should not have been played and related: “We were getting warm outside. We heard a shot that didn’t go near the locker room. They picked it up as if nothing happened and we didn’t even know what had happened. We did not find out there that someone had been killed, only that something had happened ”. That night, Maradona made the jump of honor on the first play and Argentina won the debut against Brazil 72-65. Gutiérrez scored 19 points.

That was not the only time Pipe He was able to check everything Diego mobilized every time he arrived at a place: “Maradona had a different energy. To be in his presence was to be in the presence of something very strong. I don’t know how to explain or measure it, and things that can’t be explained bother me. I ran into it in Beijing for the Olympics. He spoke with Oberto and Manu, also with Scola and Chapu. The presence of him and everyone around chasing him was incredible to see. “

Although he expressed that he is not a Maradonian person, Gutiérrez reflected on what caused the death of the Ten: “The day he passed away I was very moved by the number of people who suffered. I found it fascinating the dimension that a person can take. I don’t know if there will be another person like it ”.

In another plane, the 37-year-old former player, who had passes through Obras in Argentina and Granada and the Canary Islands of Spain, referred to the landing of Facundo Campazzo in the NBA with the Denver Nuggets jersey: “The Facundo thing is going to be very good for Argentine sports. That there is a kid of 1.80 playing in the NBA is going to make many boys of that height cheer and go tell your parents to go play basketball ”.

Gutiérrez considered that the Cordovan “The League of Spain was getting too small for him” and that is why he valued the jump to the most important competition in the world: “Basketball is a team sport. For Facundo that the two most important players in the franchise support him is very important. After the support he received, much of his path will depend on what he will do ”.

“The NBA has another impact even though he comes from Real Madrid. Meanwhile we will let our irrationality fly and we’ll be mad if they don’t put Facu Campazzo on the court”He joked.

The story behind the eccentric motorcycle “Yo soy Diego”, one of the gems of Maradona’s heritage: how much is it valued at

The Denver Nuggets coach explained why everyone loves Facundo Campazzo: his best actions in the win against the Portland Trail Blazers