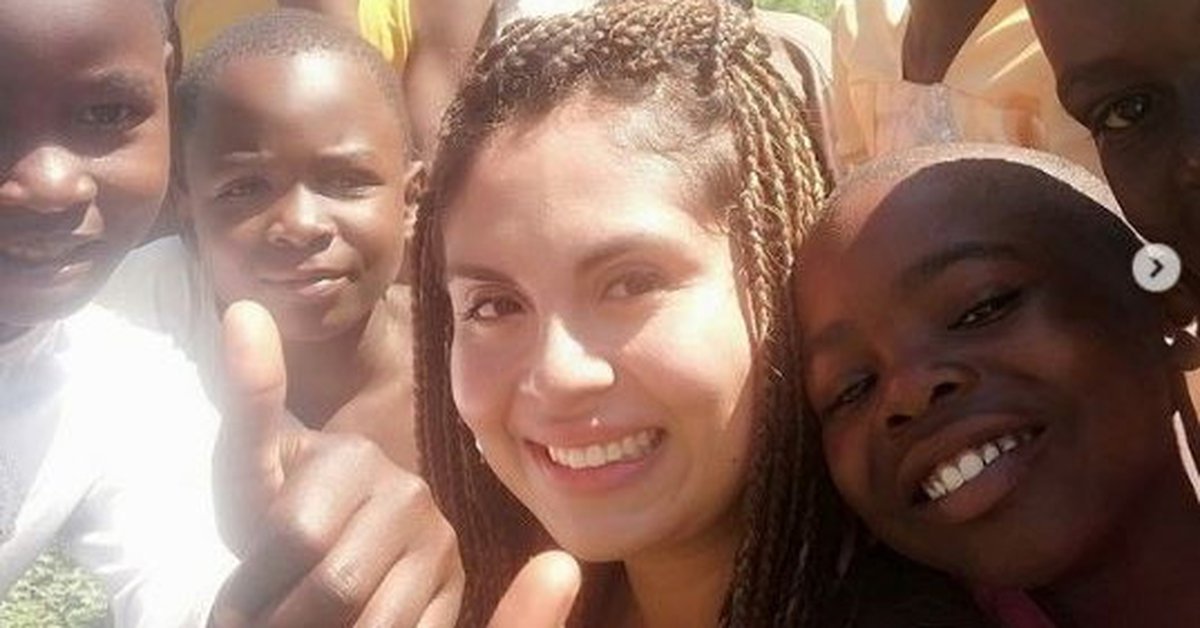 The story of Daniela Fernández, the Colombian who decided to travel through Colombia and Africa to help those most in need

Jesús Ramírez Cuevas will control the social communication of the new government.

The spokesman for the Presidency, Jesús Ramírez Cuevas, reported through his Twitter account that the National Electoral Institute asked the government of Mexico to respond if the reporters are paid that they attend the morning conferences of the Mexican president, Andrés Manuel López Obrador, to ask questions; Ramírez Cuevas replied that “even the question offends.”

“The @INEMexico asked @GobiernoMX to report if it pays reporters who ask questions in the morning. Even the question offends (journalists) This has already changed, there has never been so much freedom to ask a president. The corrupt believe that all are of the same condition “He wrote on the social network.

Minutes later, Ramírez Cuevas asked the INE if it ever investigated and sanctioned “the chayote” that was given to television stations, radio stations and journalists in previous governments.

The eventual suspension of the morning conferences of the Mexican president, during the different electoral campaigns of the elections of the June 6 opened a war of declarations between the president and the electoral authority on Tuesday.

The controversy was ignited by the president of the National Electoral Institute (INE), Lorenzo Córdova, who on Monday participated in the forum “Las Redes del Odio en México”, organized by El Colegio de México (Colmex), where he said that “morning (conferences) are not only a space for information but also for the promotion of Government achievements ”.

Therefore, he argued that its “full transmission”, as carried out by some media, “is considered as government propaganda” and in accordance with the legislation “Electoral propaganda must be interrupted from the start of the campaigns and until the end of the election day” on June 6.

For this reason, he said, “as of the beginning of April and in some cases even before (…) the entire transmission of the morning lectures should be suspended.”

The official pointed out that if a media outlet transmits a part of the speech, a comment, that is possible because it has news interest “But the current criterion is that the entire transmission is government propaganda (…) and that is the criterion that we are going to apply”.

López Obrador’s reaction came this Tuesday, precisely in his morning conference every day, in which he accused the president of the INE of “turning a blind eye” against electoral fraud of past years.

López Obrador said that if the suspension occurs, he will go “To the judicial authorities in the event that there is a prohibition, because it would be an act of censorship, it would be an offense, an attack on freedom, that cannot prosper from the constitutional point of view, from the legal point of view.”

In addition, he sent a message to Córdova: “The director of the INE should not worry: we are not the same, we come from a struggle in which we have always faced the anti-democratic practices that he has endorsed, because he” has “turned a blind eye to electoral fraud, to violations of the law”.

He said that Córdova “by slogan, delivered candidacies, registrations for new parties.”

López Obrador assured that the INE intends to suspend the conferences because censorship is in “fashion” worldwide, in reference to the case of Donald Trump with Facebook and Twitter.

“Yesterday it was announced that the president of the INE is proposing that the conferences be canceled for two months, that they not be broadcast, it is that as censorship is already in fashion worldwide, they already want to silence us, it is an attitude of many intolerance”.

The head of the INE ratified this Tuesday, through a video on Twitter, that the full transmission of López Obrador’s morning lectures is inappropriate.

“No one has proposed to suspend or cancel them”, Cordova said when referring to the criteria in force that have been applied in the last two years “establish that during electoral campaigns the entire transmission of these conferences must be suspended.”

This “since it is considered that, by promoting government achievements, they constitute government propaganda, the dissemination of which is prohibited during campaigns by the Constitution.”

He recalled that this measure was applied by the INE in the local elections of 2019 and 2020, in which both the federal government and the media complied with the resolution.

“These criteria should be applied from April 4 when the electoral campaigns will begin throughout the country.”

On June 6, 2021, some 94 million Mexicans are called to the polls to elect the 500 federal deputies, 15 of the 32 governors, 30 state congresses and 1,900 city councils. Never in the history of Mexico have so many public offices been chosen at the same time.

López Obrador said in his conference on Wednesday that propaganda should not be confused with information.

“The only thing I can comment on is that propaganda should not be confused with information.

What is propaganda? The one that I am calling to vote for a party directly or simulated. Which is the word? Subliminal.

No, we are not going to do that, we have never done it, it would be going against our principles, we fought against that for a long time, something that the director of the INE did not see, because he turned a blind eye, what the governments did previous, until the last government.

What? Didn’t the director of the INE that in the previous federal government appointed delegates to go to promote the vote in municipalities of the State of Mexico, Who appointed secretaries, that the one who was secretary of Health was a delegate of the PRI to Ecatepec?

There is the testimony, which was even sad, that someone who had acted, had served as rector of the UNAM, ended up as a PRI ruler. That we could not do for any reason, it would be betraying ourselves, if we were always against it; or use the budget money or buy votes, or distribute pantries, beans with weevils to obtain the votes, traffic with the poverty of the people. No, we are not the same, ”stressed the Mexican president.