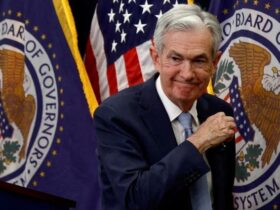 The Apple AirTag is perfect for no longer losing your important everyday items. Here are seven things you absolutely need to know.

Apple AirTag is about the size of a fifty cent coin, but don’t judge the usefulness of this little gadget by its size alone. Each AirTag can easily be slipped into luggage or attached to something that you constantly lose, and with the iPhone it becomes super easy to get your hands on it again.

Even if the object is not within range of your iPhone’s Bluetooth, the tracker can use the Apple Locate Network to help you find it, just as it already helps you if you lose your iPhone.

If you’ve ever set up AirPods, you already know everything there is to know about AirTags. And if not, don’t panic, the process is very easy. Once unpacked, remove the plastic film and pull the tab that prevents the battery from supplying the accessory.

Unlock your iPhone and place the tracker next to your phone. An alert will appear on your iPhone, telling you that a new AirTag is nearby and your smartphone will guide you step by step.

How can I track an AirTag nearby?

If you’ve misplaced your keys or a bag at home and it has an AirTag, it’s very easy to get your hands on it. Open the Find My app, select the Objects tab and tap on the tag you want to find. Drag the panel up from the bottom of the screen and tap the Locate button.

Your iPhone will connect to the AirTag or ask you to move around while it tries to pick up its signal. As you approach, the phone will display the estimated distance and direction.

If you have an iPhone 11 or newer, your smartphone will use the UWB signal to provide you with a very precise location. Otherwise, the process will rely on Bluetooth Low Energy to guide you.

At the bottom of the screen, a speaker button lets you play a sound on the AirTag to locate it by ear.

I lost something with an AirTag attached, what should I do?

If you’ve really lost your bag or keys with an AirTag, in a shopping mall for example, the process is a bit different. First of all, you have to activate Lost Mode for the AirTag.

This is done in the Locate application, then in the Objects tab then by selecting the tracker in question and sliding the panel upwards from the bottom of the screen until you see the Lost Mode option appear.

On the next screen, enable “Warn when found”. You will then know if the tracker has been located by another Apple device. And tap on Activate.

If you don’t report the tag as lost, if it were to be scanned, the person wouldn’t know how to contact you. Remember this step.

The Apple Finder network uses all Apple brand devices with the feature enabled. With nearly a billion iPhones in circulation, you shouldn’t have too much of a problem finding your AirTag easily. If you have activated the Warn option, as soon as a device connects to your AirTag, you will receive an alert.

What if I find someone else’s AirTag?

Whether you have an iPhone or an Android smartphone, if you find an AirTag, you can help return the lost item to its owner by scanning the AirTag as if you were going to make a mobile payment.

In other words, bring the AirTag near the back of your smartphone and let the NFC scanner read the chip. A window will appear with a web link. Open it and you can find out if the owner has marked the item as lost as well as a phone number or email address to contact them.

How do I change the name of my AirTag?

During the initial setup phase, you are asked to give your AirTag a name. The suggested names all have an emoji, but you are not limited to this list. To rename, open the Find My app on your iPhone, go to the Objects tab, select the AirTag you want to change, pull the panel up from the bottom of the screen.

At the bottom of the screen is a Rename button. Select a name or enter the name you want. You can also use an emoji as an icon to view it on the map.

Can I give someone an AirTag without my Apple ID?

Apple designed its AirTag to be linked to an Apple ID, there is currently no way to share an AirTag with another member of its Family Sharing group, for example. This means that the AirTag you set up with your account will be linked to your own Apple ID. And not to your wife’s if it is her bunch of keys, for example. And to find it, only you can do it.

To correct this, you must remove the AirTag from your account and let the other person pair it.

Open the Find My app, select the Objects tab, tap the AirTag you want to delete, open the panel by swiping up from the bottom of the screen. At the bottom, a button Delete the object then Delete. The AirTag will then beep to let you know that it has been deleted and that it is ready to be reconfigured.

How can I replace the battery in my AirTag?

You don’t have to charge your AirTag, let alone throw it away when the battery is dead. After about a year of use, you can simply replace the battery, within seconds.

When the battery starts to run low, you should get warnings on your iPhone (about a month before it’s completely dead). So you have time to prepare.

The AirTag uses a CR2032 battery, which is easily found in many places. To change the battery, you must first remove the back of the tracker, rotating the back panel, the one with the Apple logo, about a quarter of a turn to the left. Replace the battery, with the + facing up.

Replace the back panel, with a quarter turn to the right. The AirTag will make a small sound when it is turned on again.