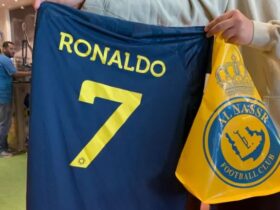 Cristiano Ronaldo could return to the Champions League: he would have a clause to leave Al-Nassr if Newcastle qualifies for the competition

Xavi’s choice of Morata has a clear soccer motivation. The Blaugrana coach admires the forward’s abilities in different registers of the game. This was made known to him in the call that both kept to announce the interest he had in closing his signing.

Above all his qualities, in addition to those of the forwards, Xavi recognized Morata during the conversation his virtues without the ball.

Supporting or breaking movements to move rival defenses, with the aim of generating space for partner, and commitment to pressure stand out in their repertoire. As proof, Morata’s position appears among the 15 strikers who carry out the most pressure actions (122) among the major leagues.

Among the players with the most name only Salah surpasses him (150) and in LaLiga only Iñaki Williams (128). Xavi wants Morata to do a job similar to the one he does with Luis Enrique in the National Team. His fit with players like Ferran, Ansu and Pedri has worked.

Xavi’s initiative did not take Morata by surprise, who knew that his football liked the Blaugrana coach and Barcelona itself. Morata could already be a culé player in the 2018-19 winter market.

The previous board, chaired by Josep Maria Bartomeu, entered into negotiations with the player’s agent for four months. However, at that time, the Blaugrana club did not make a final decision and the forward ended up landing at Atlético de Madrid.