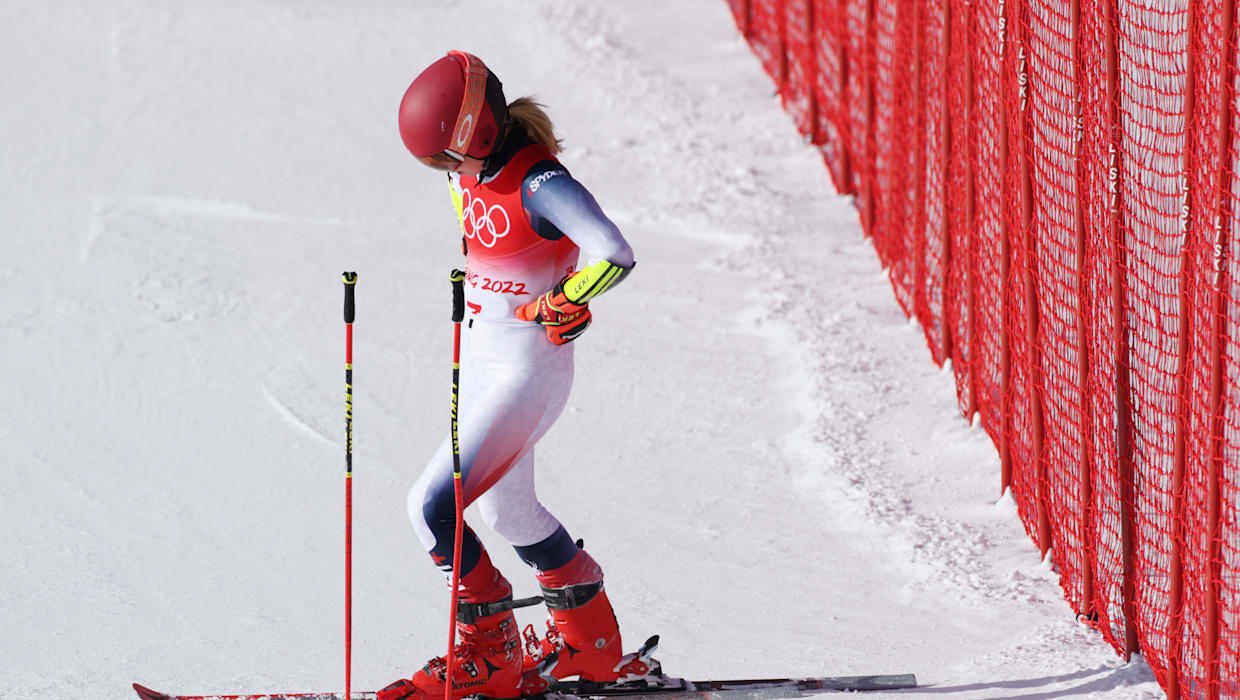 Mikaela Shiffrin out of the Alpine ski slalom after gate four

Jürgen Klopp could not resist throwing a dart at UEFA for the cost and method of distributing tickets, something that for the umpteenth time generates conflicts in the run-up to the three European finals.

UEFA’s decisions generate millions of dollars in revenue that directly benefit the clubs, but they rarely leave the fans who longed to attend the games happy.

On Wednesday, a small proportion of Eintracht Frankfurt and Glasgow Rangers fans will enter the stadium in Seville for the Europa League final. Barely half of the 40,000 tickets went to the fervent bars of both clubs.

Liverpool fans were better off for the Champions League final against Real Madrid at the Stade de France on May 28. UEFA distributed 20,000 tickets of the 75,000 available for each team, in addition to subsidies that would leave the cheapest ticket at 60 euros ($63).

But this was not enough, according to a representative of the Liverpool bars. He maintains that UEFA will collect far more money from Champions League final ticket sales this season than it did when the same two teams met for the title in 2018.

“They (UEFA) are not the saints of football, they never have been,” Klopp said, stressing that he understood “100,000%” the feelings of the fans.

It was unclear whether the bars and Klopp — who later received a phone call from UEFA president Aleksander Čeferin — understand exactly where the money collected for corporate hospitality at European finals goes, and who gets the biggest cut.

(Spoiler alert: That money ends up in the coffers of clubs across Europe, benefiting from prize money and solidarity payments that come out of the €3.5bn ($3.7bn) fund fueled by commercial revenue from men’s competitions.

THE FINALS
Three games in 11 days will complete the season in Europe, with six teams from six different countries.

Liverpool-Real Madrid in the Champions League. Eintracht Frankfurt-Rangers in the Europa League. And Feyenoord-Roma in the first edition of the Europa Conference League.

Each club boasts glorious moments on the continental stage, and most have been waiting a long time to write a new chapter.

The bad thing for UEFA is that the demand for tickets exceeds the supply.

The Stade de France, in the northern suburbs of Paris, has a capacity of 75,000 for soccer matches. It’s 10,000 more than the capacity of the original stage — UEFA pulled the final from St. Petersburg when Russia invaded Ukraine.

Both Eintracht and Rangers would have taken over the Ramón Sánchez Pizjuán in Seville by their own means, but the situation is worse for the Europa Conference final in Albania. The National Stadium in Tirana will barely be able to accommodate 20,000 on May 25, with Feyenoord and Rome each receiving 4,000-ticket allocations.

The 40% allocation for clubs is too low for a final, according to the European Football Fans Association, which collaborates with UEFA on fan issues. The number usually ranges between 52% and 58%.

Feyenoord made his disappointment clear and warned his supporters to avoid buying on the resale market.

HEADQUARTERS
The UEFA executive committee chooses the stadiums for the finals at least a year in advance to ensure the cooperation of the host city and the necessary number of hotel rooms.

Organizing a match just three weeks before the final two are known is “unsustainable,” Ronan Evain, the executive director of the European Fan Association, told The Associated Press.

UEFA is cautious about the demand after some Europa League finals, such as the 2014 one in Turin and the 2015 one in Warsaw, both with Sevilla, ended with many clearings in the stands.

Such restraint did not exist for the Europa Conference League, as teams of lower hierarchy were anticipated. North Macedonia wanted to host the final, with a 30,000-capacity stadium in Skopje.

The Albanian football federation, like that of Azerbaijan for the 2019 Europa League final in Baku, was rewarded for the investment it made in a new national stadium.

THE DISTRIBUTION
The combined amount of 53% of tickets allocated to Liverpool and Real Madrid follows the trend of recent Champions League finals. It is also 3,000 more tickets each club received for the 2018 final in kyiv.

More problematic was the sale of 12,000 tickets on UEFA’s website in April before the semi-finals were completed. The corresponding 8,500 tickets from the general sale for the duel in Tirana exceeded the quotas of the clubs.

“The vast majority (of those tickets) ended up on reselling platforms and are purchased by fans of the two clubs (at more expensive prices),” Evain said, turning out to be the most unfair part of UEFA’s criteria.

Klopp and Liverpool fans were irritated to learn of the fee for sponsors who, as Čeferin stressed, pay “100 million euros or more” each season.

“It’s part of the contractual obligation that we have,” Čeferin said last week, defending deals with brands like FedEx, Mastercard and PlayStation.

THE COST
UEFA has frozen the cheapest price for a Champions League final ticket at 70 euros ($74) until 2024, Evain said.

As a reward for fans’ loyalty during the pandemic, UEFA offered to cover the cost of thousands of tickets for the two finalists. Liverpool and Real Madrid preferred discounts in the cheapest categories so that more people would benefit.