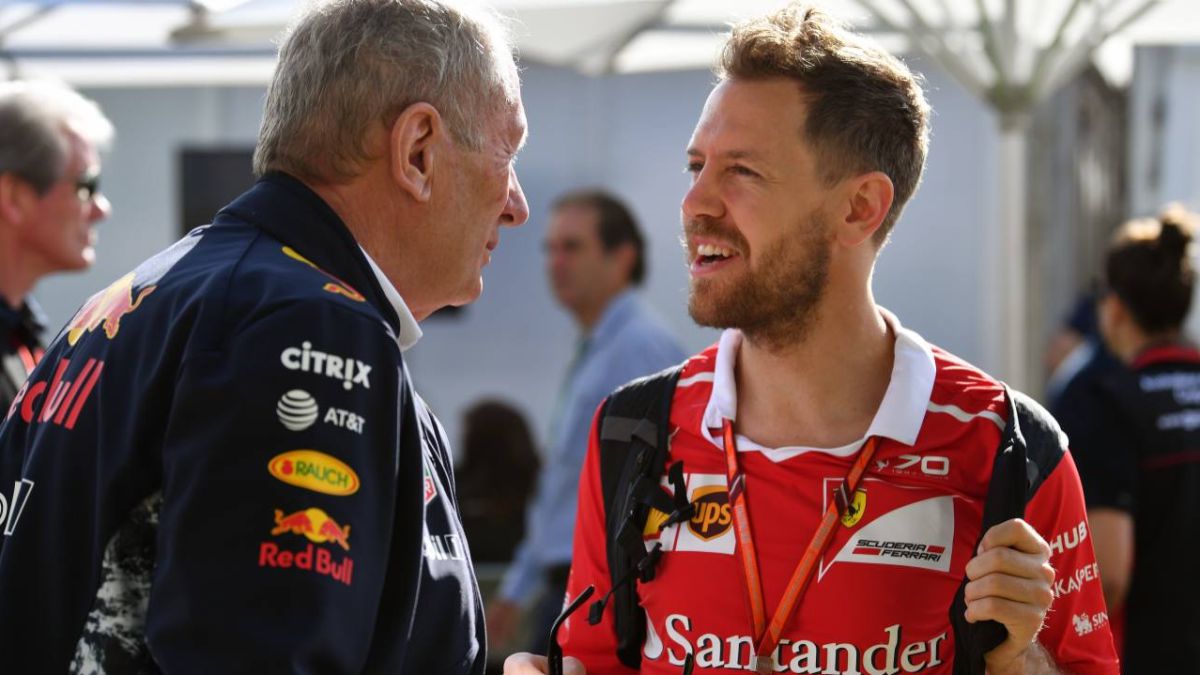 Red Bull was late to team Vettel with Verstappen in F1

Houston (USA), Jan 18 (EFE) .- Utah Jazz and Los Angeles Clippers maintained their respective winning streaks thanks to their good teamwork, the opposite of the Dallas Mavericks and Denver Nuggets, in an NBA day in the one that, in the individual section, highlighted De’Aaron Fox, with his 43 points for the Kings, and Luca Doncic, with 36 for Dallas, and in which two games were canceled due to the security protocols against covid-19.
There are already 16 games postponed since the start of the season.
In the Jazz’s 105-109 road win over Denver, backup point guard Jordan Clarkson had 23 points, including four 3-pointers from eight attempts, and led Utah’s attack.
The good teamwork of the Jazz is revealed by their six players with double-digit numbers, which allowed them to overcome the individual performance of Serbian center Nikola Jokic, of the Nuggets, who was on the verge of a triple-double after achieving 35 points, 14 rebounds and nine assists.
But individual work is still not the best formula for deciding games in the NBA and Utah understood it perfectly, which allowed him to extend his winning streak to five consecutive wins and improve to 9-4 his mark as an outstanding leader in the Division Northwest.
Forward Paul George finished with 20 points and joined six other teammates who broke the 10-point barrier to help the Clippers beat the Indiana Pacers 129-96. It’s his fourth win in a row, his best winning streak so far this season.
Two players coming off the Clippers bench also had 20 points apiece, power forward Marcus Morris Sr. and guard Luke Kennard, both with their best individual records since the league began.
Star forward Kawhi Leonard reached 17 points and was also on the Clippers’ list of seven players (10-4) with double-digit numbers.
The Clippers (10-4), second in the Western Conference, despite the absence of the Spanish starting center Serge Ibaka, who was out due to illness, completely dominated the inside game by capturing 52 rebounds, by 33 for the Pacers.
Lithuanian power forward Domantas Sabonis achieved his eleventh consecutive double-double and twelfth so far this season with 19 points and 14 rebounds, as well as six assists and two ball recoveries.
Sabonis also has a triple-double, the one achieved in the second game of the new season.
Slovenian point guard Luka Doncic once again gave an exhibition of individual play after contributing a triple-double of 36 points, including 30 in the first half, 16 rebounds and 15 assists, but his team, the Mavericks, lost 101- 117 against the Chicago Bulls.
Finnish power forward Lauri Markkanen added a double-double of 29 points and 10 rebounds that put him in front of a list of six players, including three reserves, who were above ten points and did better teamwork than the Mavericks.
The same happened with the New Orleans Pelicans, who had forward Zion Williamson leading the attack with a contribution of 31 points and beat the Sacramento Kings 123-128 on the road to end a losing streak of five consecutive losses.
Fox had a double-double of 43 points, 13 assists, four rebounds and four ball recoveries, but it did not prevent the defeat of the Kings (5-9), who lost the third consecutive game and the fifth in the last six disputed.
Limited to 14 points in a 38-point loss to the Clippers two nights earlier, this time he set his professional best.
The New York Knicks also put an end to a streak of five consecutive losses and did so with a surprise victory by 75-105 against the Boston Celtics (8-4), who saw the end of five consecutive wins and lost the leadership of the Eastern Conference, which now belongs to the Milwaukee Bucks (9-4).
Power forward Julius Randle was once again the leader of the Knicks with a double-double of 20 points, 12 rebounds, four assists and three ball recoveries, which were superior to the Celtics in all facets of the game.
Guard Jaylen Brown remained the Celtics’ leading scorer with 25 points, but his team had the worst records of the season in attack and defense.
The NBA continued with daily game cancellations due to Covid-19 health and safety protocols and this time those affected were Washington-Cleveland and Oklahoma City-Philadelphia.