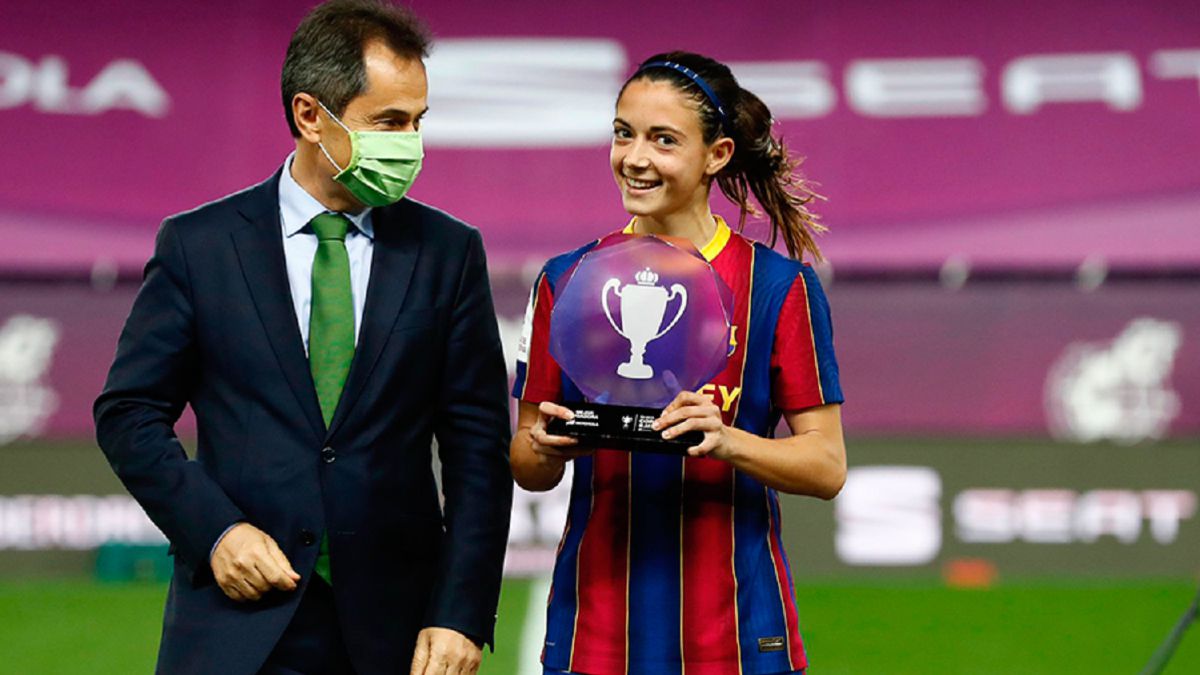 Aitana Bonmatí, MVP of the Cup final against Logroño

Luka Doncic and the Dallas Mavericks had to wait out a rain delay midway through the game and break a sweat in some tense moments near the end.

Once they did, they were still alive, beating Golden State in the Western Conference finals.

Doncic had 30 points and 14 rebounds, and the Mavericks beat Golden State 119-109 in Game 4 on Tuesday night, when there was a 16-minute rain delay early in the second half and the Warriors cut a deficit from 29 points to single digits at the end.

It was the 10th double-double in his 14 games this postseason for Doncic, who also had nine assists. When he had 40 points in Game 3, Reggie Bullock shot 0-for-10 with seven misses from 3-point range.

The loss snapped the Warriors’ nine-game winning streak in Western Conference finals games, though they still have firm control of this series heading back to California for Game 5 on Thursday night.

Curry had 20 points and returned to the game with 3:22 remaining – his first appearance in the fourth quarter – after the Warriors had cut a 29-point deficit to 110-102. But they never came close, even with Curry and other starters getting back on track.

Doncic drove for a dunk and Bullock made his sixth 3-point shot.

No NBA team has ever come back from a 3-0 deficit to win a series. Only three of the 146 teams that have fallen into that deep hole have been able to force a Game 7.

The Mavericks have only been swept in one best-of-seven game in their 34 series. It was against Oklahoma City in the first round of the 2012 playoffs, after Dallas had won its only NBA title the previous season.

Rain seeping through the roof of the American Airlines Center caused the delay after the break. It was raining a lot outside and there were at least two leaks. One of them was leaking water near the Golden State dugout, and at the other end of the court it seemed to be dripping water into the stands.

It was the second such delay this season at the 21-year-old building. The start of a March 21 game against Minnesota was delayed 15 minutes by water leaking near the visitors’ dugout.

Dallas surged ahead to go on a 25-6 run in a nearly 7-minute stretch of the second quarter during which the Warriors missed nine of 10 shots and had two turnovers.

Golden State was up 31-29 after a Moses Moody jumper, and then had only one basket made in the next seven minutes. A 3-point basket by Davis Bertans put the Mavericks ahead for good.

The Mavericks went on a 62-47 halftime run after Doncic drove for a hard basket, answering Curry’s basket at the other end.