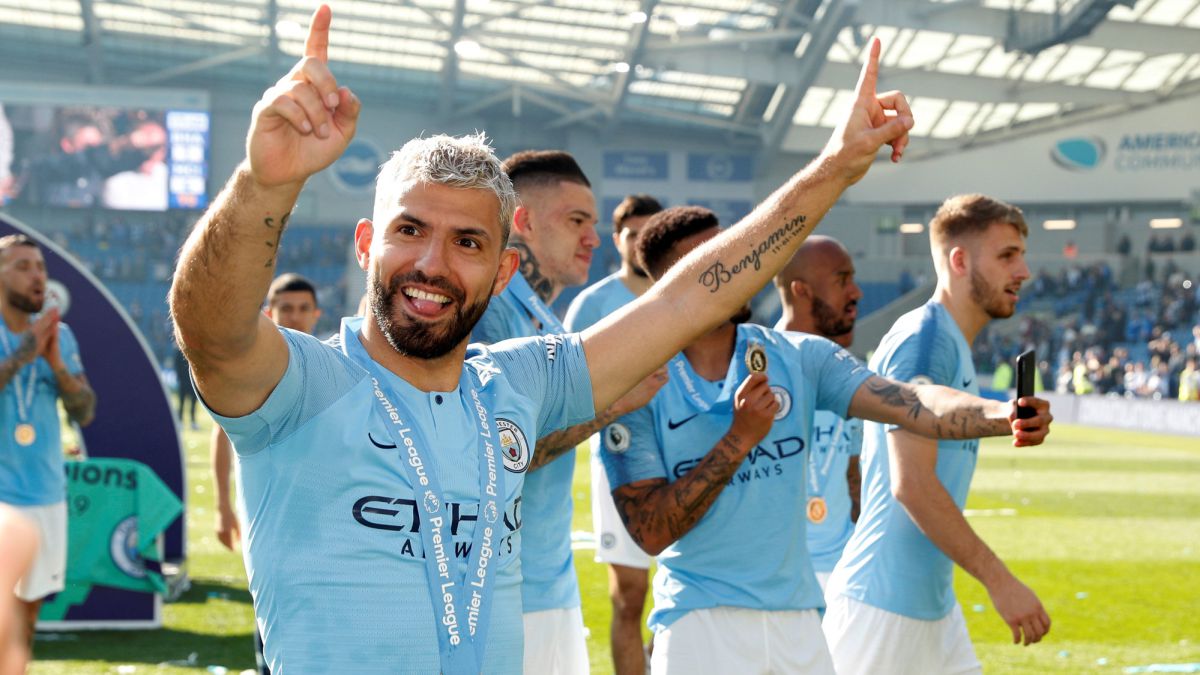 Chelsea leads the bid for Agüero

Her life may have been determined by her social background, her skin color, or her gender, but none of that stopped Serena Williams from becoming the greatest tennis player of the Open era. She played in many fields at the same time, and in all of them she won with the same warrior spirit that crowned her 39 times in Grand Slam tournaments. This Friday ended the one that she herself pointed out as her last tournament without pending tasks.

“Playing against Serena Williams was like facing a steamroller. No subtlety or finesse, just raw, loud power.” This is how the former number one in the world, the Swiss Martina Hingis, defined the 13 games that she played against the American, who won seven of those duels.

Hingis herself would also admit that in no regulation is it written that, to win, the game must be aesthetic. Serena won everything and did it without concessions, without adapting to expectations, even dressed as she herself decided, with her own designs such as the black mesh inspired by the Black Panther movie that scandalized the organizers of Roland Garros in 2018.

In the honest article announcing her retirement in Vogue magazine, she bluntly blurts out that she never wanted to have to choose, as she eventually did, between tennis and her family: “If I were a man, I wouldn’t be writing this. because I would be out there playing while my wife does the physical labor of expanding our family.”

Reluctant or not, Serena played what she said would be her last official tournament, a three-hour battle against Australia’s Ajla Tomljanovic, who needed nine match points before sealing victory in three sets. She did it just days before her 41st birthday. Her mark on the courts, whatever the surface, will not go away so easily.

She more winner than any other player

Of the 39 Grand Slam titles that she treasures from her, 23 are singles, in addition to 14 in women’s doubles with her sister Venus de Ella and two in mixed doubles in key with the Belarusian Max Mirnyi.

That’s more than the 22 trophies Rafael Nadal has lifted between the Australian Open, Roland Garros, Wimbledon and the US Open, more than Novak Djokovic’s 21 and Roger Federer’s 20.

Only the Australian Margaret Court Smith surpasses her, with 24 individual crowns and 40 doubles, but of them only three in singles and five in pairs were achieved after the Open Era, when the true professionalization of tennis took place.

With the founding of the circuits first of the ATP and then of the WTA, the emergence of weekly tournaments and the creation of the world ranking, the racket world became increasingly competitive.

Serena had to demonstrate her power against several generations of the best players in history, such as Jennifer Capriati, Monica Seles, Martina Hingis, Lindsay Davenport, Amélie Mauresmo, Kim Clijsters, Justine Henin and, among others, her own sister .

Venus was the first African-American number one in the history of tennis, a predominantly white sport, and also the first black Wimbledon monarch in 52 years, after Althea Gibson in 1957.

But Venus was only 11 weeks at the top of tennis. Serena, on the other hand, was in charge for 319 weeks in different periods, 186 of them consecutive, a record that she shares with the legendary Steffi Graf. Only the German with 377 and Martina Navratilova with 332 surpass her in the total number of weeks as number one.

A more multicolored shoe thanks to Serena

One episode perfectly describes the fight that Serena Williams had to wage so that discrimination was not another rival on the court: the final of the Indian Wells tournament in 2001.

In the semifinals, Venus and Serena had to face each other. The Russian Elena Dementieva, whom Venus defeated in the quarterfinals, was asked about her favorite to prevail in that duel between sisters. “I don’t know what Richard will think. She will win the one she decides she has to win,” Dementieva replied.

He was referring to the father and mentor of the Williamses, the man who trained them on a community court in Compton, one of the neighborhoods most affected by gang violence in California, a controversial character, omnipresent in the lives of the champions, and the fiercest defender of their careers.

But the semifinal never happened, because Venus announced at the last minute that she would not play due to tendinitis. Nothing different from what Rafael Nadal did this year, when she withdrew from the Wimbledon semifinal affected by a fibrillar rupture in the abdomen. But the consequence for the Williams was much more painful than for Nadal.

Richard and her daughters were booed throughout the final against Belgium’s Kim Clijsters, by dozens of upset fans because they lost her ticket money as a result of Venus’ withdrawal in the semifinals, who justified her attitude in the insinuations of Dementieva.

Llorosa, a Serena just 19 years old, lost the first set, but managed to come back and celebrated her victory with the characteristic fist of Black Power. It was the first time that she publicly claimed a racial cause.

After that she boycotted Indian Wells for 14 years and Venus boycotted it for 15. When they returned, there was only cheering in the third-round matchup between them in 2018. The beast of racism, at least in Indian Wells, had been brought to heel.

A humble origin and a non-stop fight

Unlike many of her rivals on the circuit, Serena did not come from a privileged background. She can’t even claim that she passed through the neighborhood where she grew up without paying her share of pain.

In 2003, the eldest of her four sisters, Yetunde Price, was accidentally killed in Compton, where she still lived, while she was out walking with her partner, who was the real target of the shooters.

Three years and three months later, Serena dedicated her victory at the 2007 Australian Open to her. In 2016, she and Venus opened a community center in Compton to help victims of criminal violence and their families, naming it of Yetunde.

In addition to actively supporting the Black Lives Matter movement, Serena participated in 2017 in an initiative to achieve equal pay in tennis, which is today one of the sports with the smallest gap between men and women.

But gender-based differences persist. Serena received three bookings in the US Open final she lost to Naomi Osaka in 2018, the first of four Grand Slam finals she failed to win following her return from maternity leave, as she battles to equal the record for Margaret Court Smith.

Last March, the Olympic champion, the German Alexander Zverev, protested a decision in the Acapulco tournament by hitting the judge’s chair with her racket. She was kicked out of the event and given a fine, but an eight-week suspension was made subject to another similar offense.

Serena would later denounce the double standards in that decision: “I would probably be in jail if she had done that. It’s literally not a joke.”

In 2014, the president of the Russian Tennis Federation Shamil Tarpishchev was fined by the WTA after she referred to Serena and Venus as “the Williams brothers”, during her participation in a humorous television program in her country, in the which added that the athletes “were scary”.

And it is that for tennis it was not easy to accept the devastating power of Serena. The average speed of her serves always remained stable at 180 kilometers per hour, and she recorded a service of 207 kmph at the 2013 Australian Open, very close to the 217 kmph that marks Rafael Nadal’s record, for example. .

A decisive influence to erase barriers

Serena’s influence has been enormous in bringing tennis and the black community closer together. According to figures from the United States Tennis Association (USTA), in 2016, when Serena was already chasing Margaret Court Smith’s record, almost 25% of fans attending the US Open were African-American. A year later, while she was on her maternity leave, that number dropped to 10%.

But the connection of the African-American community with tennis will be more lasting than the number of attendees at a tournament. In the 141-year history of the US Open, only one player of color won the trophy before Serena in 1999: Arthur Ashe in 1975. Including that first Grand Slam for Williams, 11 times has an African American tennis player won at Flushing Meadows: six Serena, two Venuses, two the Japanese with a Haitian father Naomi Osaka and one Sloane Stephens.

Coco Gauff, who at 18 has become the youngest doubles number one in history, described in an interview with ESPN what the Williams meant to her: “Serena, Venus, Serena, Venus. It’s all she saw growing up. My coach and I only watched her games, I didn’t pay attention to anyone else. When I beat Venus at Wimbledon, I thanked her for all of her, and told her I wouldn’t be here playing tennis if it wasn’t for her.”

Whether or not she definitively distances herself from tennis, Serena’s legacy is already indelible in the sport that she dominated for more than 20 years.