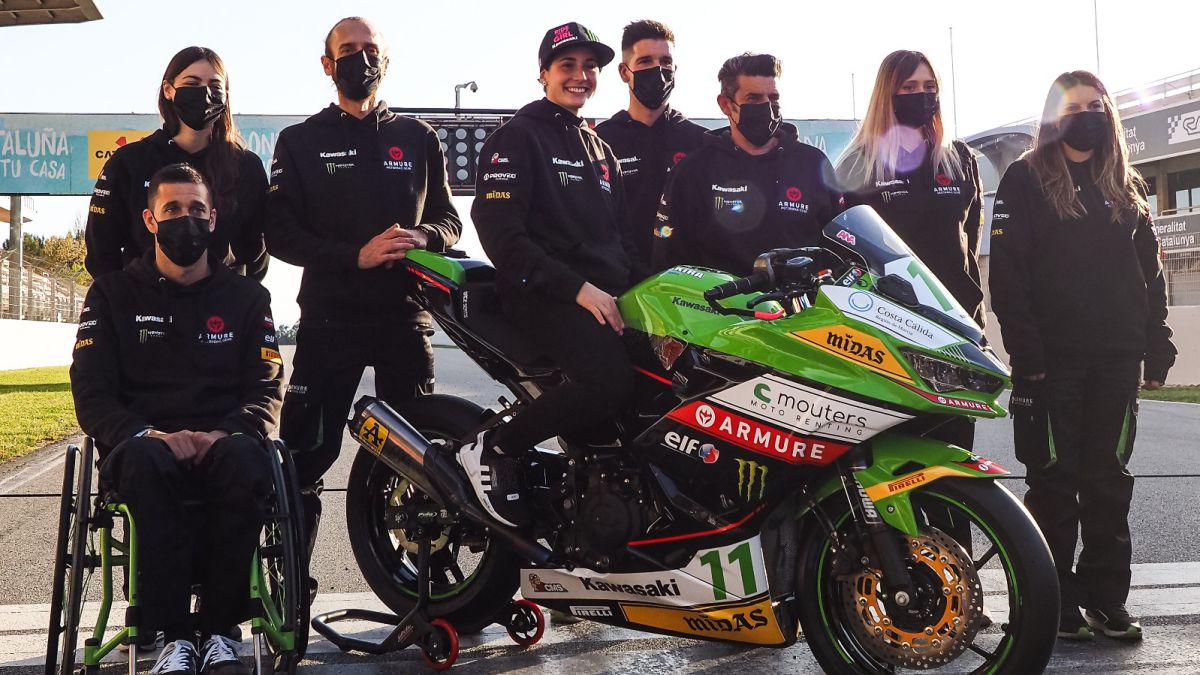 Ana Carrasco presents her Kawasaki for the 2021 World Championship

Russian Daria Kasatkina said she feels more “free” since she announced she is a lesbian last month, after receiving support from her fellow professionals.

World No. 12 Kasatkina said last month that she was inspired to come out after Russian soccer player Nadya Karpova revealed she was a lesbian, in a country where homosexuality is frowned upon.

“I don’t know how the social media filter works, but I’ve only heard very good things,” said Kasatkina, whose girlfriend, Olympic figure skater Natalia Zabiiako, has been cheering her on at the Silicon Valley Classic tournament in California, USA. this week.

“I am very happy. As I have seen, it has not only been a good thing for me, it has also helped other people.”

“I feel freer and happier. I think I’ve taken the right step. With the situation in the world, all these things so difficult, when if not now?”

Former world number one Naomi Osaka, who has spoken out about racial injustice and police brutality, said it was “really surprising” to see Kasatkina speak out.

“I think we have to support her, because it’s a bit of a dangerous situation,” the four-time Grand Slam champion said.

“But I think it’s really amazing that she’s coming out and standing up for what she believes in. I always support that.”

American teenager Coco Gauff, who took an active role in the ‘Black Lives Matter’ movement, said she was “super happy” for Kasatkina.

“I think in tennis, at least with the girls around here, we all support each other a lot regardless of background or identity,” Gauff said.

“I don’t think there is any judgment when it comes to that.”