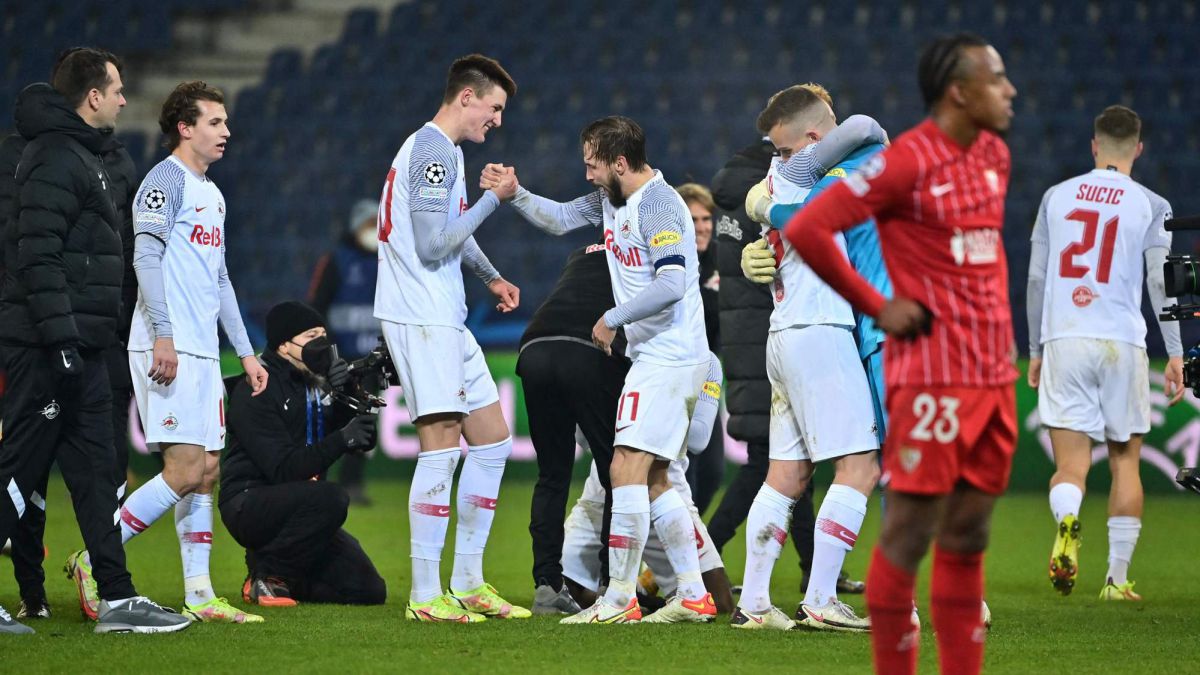 The insults to Sevilla in the Salzburg dressing room

Paco Lopez came to the fore to settle the rumors that link him to the entrenched renewal of José Luis Morales: “So many things have been said that I can assure you that I have had countless conversations with Morales and I am not sure that the sporting aspect is one of the important issues to renew. It is a club theme, a soccer player agent and Morales. Morales, his agent and the club“. Regarding Fuenlabrada, he assured that” they maintain the base of last year “, with which they brushed the promotion to First and put in value the level of the silver category.” They are going to require us to give the maximum to pass the tie ”

Miramón: “It’s going back to business as usual. There is nothing special. We just know that it drags some problems on a physical level and it’s a matter of rest.”

Vezo and Campaign: “They are two different cases and they have nothing to do with it. Vezo came from the positive but without symptoms and Campaña comes from a major injury and there is still to be called.”

Campo neutral: “The ideal thing to play a game of this level is that the field is in the best conditions. If you have considered that the Fuenlabrada field was not for soccer practice, I understand that the Las Rozas field will be in better condition.”

Fuenlabrada: “He is in the middle of the table but in the first days he has been up. The base is that of last season and they were close to climbing. They have a good footing and strong players into space. The Second is very strong and there are hardly any differences. to demand to give the maximum to pass the eliminatory “.

Doukouré: “With long-term injuries it is difficult to make a prognosis. Now he feels like a footballer and you have to be patient. The important thing is that he is well after the injury and is taking shape.”

Goal: “With regard to goalkeepers, it is the same as any player. Depending on the player we understand that he can help us for the game. They influence many things. There are many factors to decide later.”

Morales renewal: “I understand that it is of interest to the fans because Morales is one of the most important players in the history of the club. So many things have been said that I can tell you that I have had countless conversations with Morales and I am not sure that it is the sporting aspect. It’s a club issue, a soccer player and Morales’ agent. Morales, his agent and the club. ”

Morales: “I repeat. In the countless conversations that I have had with Morales, he has never told me personally that the sporting aspect is one of the important issues to renew. I can tell you about what I have discussed with the player.”

Recover Players: “Now look at the number of games we are going to have in a week. Tomorrow, Tuesday, Friday … Next week if we pass. We need the more important the better. This is about helping the team.”

Several players finish contract: “I don’t know if we are lucky. Lucky in the sense that the players are involved on a day-to-day basis. I don’t notice anyone in that different situation nor have they told me anything we can extract … The important thing is the day Today, the results and that is what we focus on. Our footballers are working well, they want to play and I do not notice anything strange in anyone. Maybe in two months we will be talking about something else and maybe someone is more restless about the situation. for me it is worth a lot because we are interested in a committed dressing room “.

Postigo and Duarte: “I focus on today, on a day-to-day basis. I can tell you that all the centrals are committed and are fantastic. Both when they are outside and inside. It is wonderful to have four footballers with that profile, not only in football As for implication and commitment they are of ten. To me what interests me is that they give the maximum level “.

“I wanted to finish by sending a message of encouragement to our women’s team and tell them that we are with them heading into the final “.