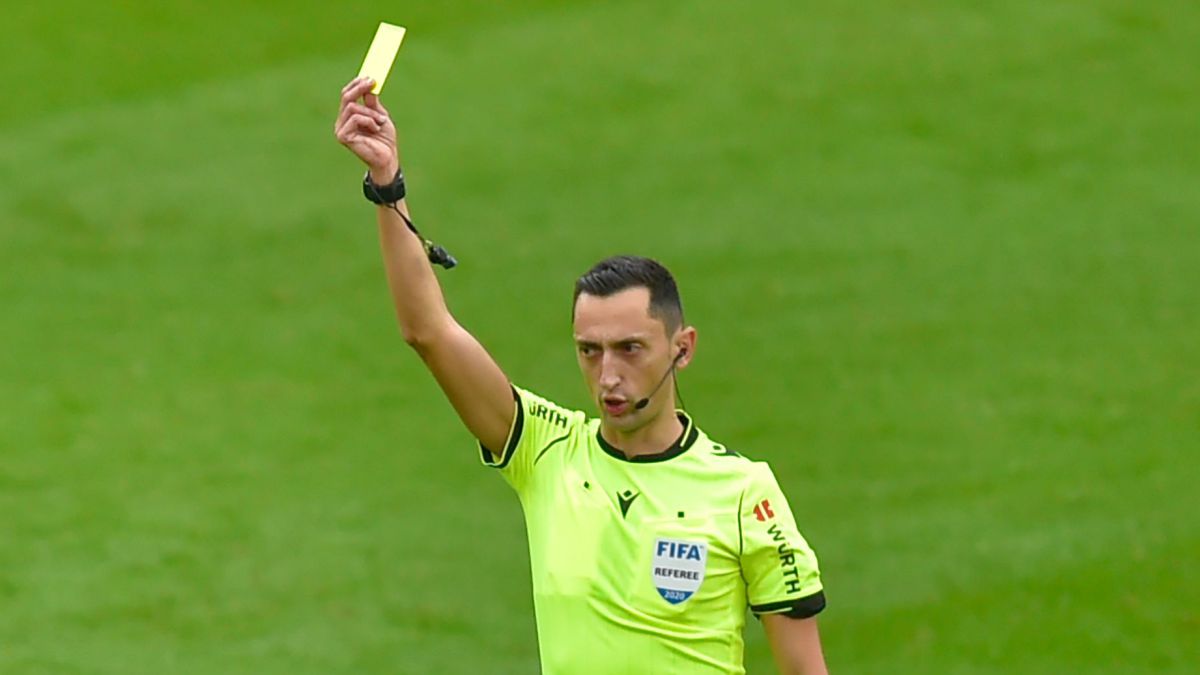 The figure of the Ukrainian Oleksandr Usyk, heavyweight world champion (IBF-WBA-WBO) prevails more than ever in these hours. The imposing image of him, 1m91 tall and weighing 100 kilos, enhance his look full of anger and sadness, decorated with a Cossack fringe and a mustache rarely seen on him. He symbolizes the pain of man in times of war.

His revenge with the English Anthony Joshua (111 kg) will take place this Saturday in Jassah, a port bastion of Saudi Arabia, with access to the Red Sea and close to Mecca, the holiest city of Islam, is immersed in an absolute rarity . Beyond the sports framework and the peculiar scenery of competing in these bizarre spheres, the war situation between Russia and Ukraine affects -totally- the passionate euphoria that unleashes each dispute in the World Heavyweight Championship.

Usyk, 35, former holder of the unified cruiserweight title (2016-2018) and winner of his 24 professional fights (15 KOs), considered a 2-1 favorite on betting sites, left no doubt in the first fight he won by points before 90,000 spectators in Tottenham, England, on September 29 last.

He could not enjoy his consecration nor his fleeting fame. He opted to reinforce kyiv’s army, beginning Russian hostilities last February by backing its leader: Vitali Klitschko, a former world heavyweight champion, mayor of that city and Vladimir Putin’s most wanted man. Beyond his sporting distinctions and the millions of dollars earned from him, he became a famous enlisted man. With a machine gun in hand and with the blue and yellow flag as a badge. Politics and the combatants of his homeland pushed him to return to the ring to become a universal spokesman for the atrocities caused by such an unequal war. They felt that all of this would be much more productive than his vigils on the front lines.

The match with Joshua, who will split a basic $75 million pot between them, was hardly even discussed. He only managed to say at the conference: “I have seen a lot of death and I have lived with it as I never imagined in my life. I visited my wounded and mutilated compatriots and saw how some died in the bombings. When you carry weapons, you are afraid of two things: to kill and to be killed. And your head changes from all this. Everyone asks me to win and give them joy after so much crying.

Usyk, a pioneer in the public rebellion of the geopolitical relocations of Ukrainian territories in Russia, such as the case of Crimea (in 2014), waved the flag of his homeland in the Moscow ring by beating the local Murat Gassiev (in 2018) unifying the crown of cruise ships, shouting to the world. “I am not Russian.”

On this occasion he added, with sensitive words, to the astonishment of the region’s journalists: “I only manage to return to my country and be with my wife and three daughters. The youngest gave me her favorite doll, she asked me to take care of it and here I am with it. We parted ways with the group in Ukraine months ago and meeting again is my only goal. Everything is very sad. From the fight? We already box, we know each other well and who doesn’t compete… Doesn’t win”.

He frequently sang in the presence of the international press patriotic songs of the Ukrainian independence of the late 1800s as a request for universal help.

The match will produce an overall movement of one hundred million dollars. The evening will be televised and promoted by the paid application DAZN from 2:00 p.m. The TV rights to the Ukraine were granted free of charge for public broadcasting. The English promoter Eddie Hearns – Joshua’s representative – will be the main organizer, supported by local businessmen. They will repeat this experience in Saudi Arabia, just as they did when Joshua himself reconquered the crown against Californian Andy Ruíz in Diriyah, in 2019.

The big boxing business “needs” the victory of Anthony, 32, with 24 wins -22 KOs- and two setbacks. It would be the only cause that would keep British Tyson Fury, WBC world champion, about to formalize his retirement from activity. A potential fight between them will constitute the realization of the most important fight in the history of imperial pugilism.

But today is the day of revenge. Joshua is a 1m98 giant who never regained his conviction after the KO suffered against Andy Ruíz, at Madison in New York, in 2019. He boxed very well, but he lost outburst and execution. In this match, he will have the North American Robert García – former technical director of Marcos “Chino” Maidana from Santa Fe -, in his corner.

Usyk, on the other hand, is mentally more aggressive and more skilled at close range. Knowing how his mind and spiritual energy will respond when the bell rings will be key to whether or not he justifies his favorite position. Will he be in the ring or on the other battlefield?