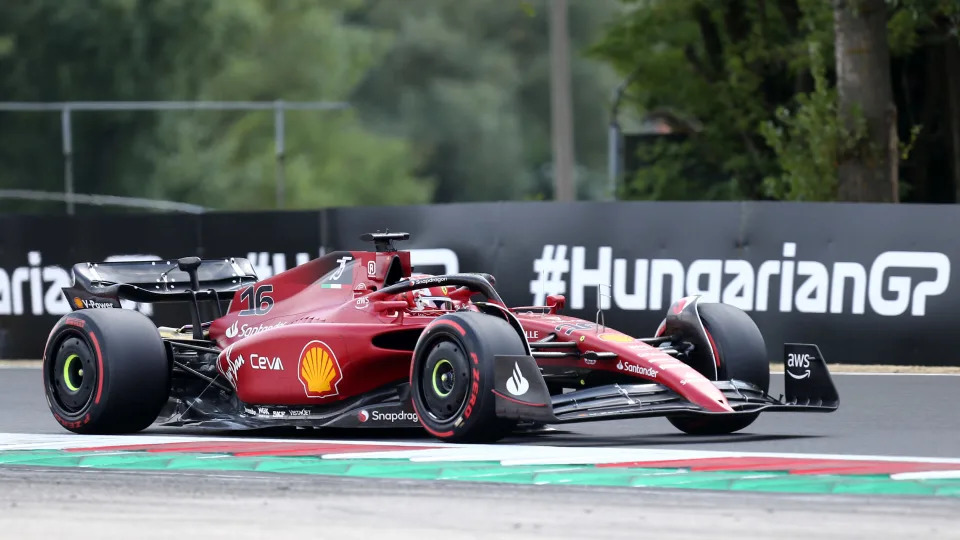 Leclerc was fastest in practice for the Hungarian Grand Prix

Pole position was Leclerc’s seventh in 12 races and the 16th in the race for the Monegasque, who had his teammate, Spaniard Carlos Sainz, to thank for the strategic aerodynamic towing that made a big difference. Sainz will start at the back of the grid on what is likely to be a hot and possibly windy afternoon at Le Castellet’s Circuit Paul Ricard due to engine penalties.

“It’s been a great lap. I’ve fought all weekend to put a lap together and I managed to put it together,” said Leclerc, who is 38 points behind Verstappen in qualifying.

“But I have to say I’ve also had help from Carlos and that’s been amazing teamwork because without Carlos it would have been a lot closer, so huge thanks to Carlos and I hope he can join us in the fight again. for the win tomorrow.”

Leclerc’s time of one minute 30.872 seconds was 0.304 quicker than Verstappen’s, but the Ferrari will be chased by the two Red Bulls on Sunday as Sainz will be unable to help. Ferrari is looking for its third win in a row, and fifth of the season, after Leclerc triumphed in Austria two weeks ago and Sainz the weekend before.

“I think we lacked a bit in qualifying, just the general grip,” said Verstappen. “It was a bit trickier than I would have expected, but overall I think we still have a decent race car and I hope tomorrow will work in our favour. We’re quick on the straights so we can use that tomorrow.”

Mercedes expected to give Ferrari and Red Bull a run for their money, but in the end the second row was as close as they could get.

Sainz and Ferrari-powered Haas driver Kevin Magnussen qualified ninth and 10th, but both will drop to the back, promoting McLaren’s Daniel Ricciardo and Alpine’s Esteban Ocon to the top 10.