The first LaLiga academy open outside of Spain reached the milestone of 1,000 registrations in 2022, and growth over this figure is expected for 2023. 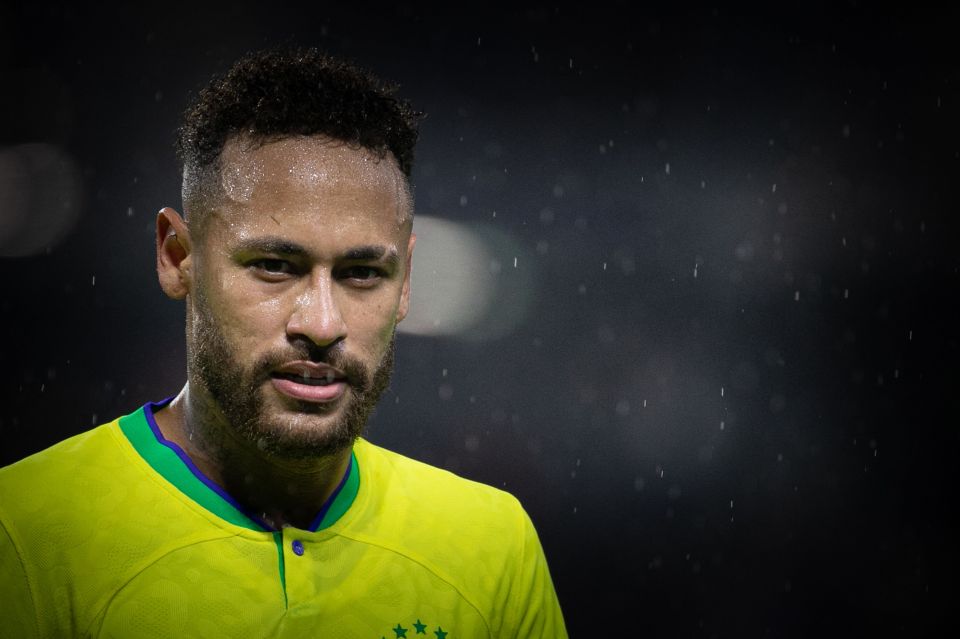 Neymar congratulates Benzema for winning the Ballon d’Or and is outraged because his compatriot Vinicius Jr. did not finish on the podium

LaLiga Academy UAE, the first of LaLiga’s 9 international academies, opened in 2015, has set a new milestone by reaching 1,000 registrations in 2022, a figure that is expected to exceed in 2023. This academy has helped raise the level of development of the grassroots football in the region, being recognized for three years in a row at the SPIA awards, the annual awards that identify the most outstanding sports projects in the Middle East, in categories such as Best Academy in the region or Best Grassroots Sports Development Project.

Its high performance programs have been producing a steady stream of talent for clubs in the region and internationally. Among the more than 2,500 athletes already trained at its headquarters in Dubai and Abu Dhabi, among others, players who today develop their careers in high-performance football have emerged: more than 20 play with UAE national clubs, others compete with clubs international, and they are joined by several players who have won scholarships to combine studies and highly competitive sports at universities in the United States. In addition, the LaLiga Academy HPC senior team has achieved official club status and competes in the UAE Second Division.

“We observe how year after year the level of our permanent projects, as well as that of the players that make them up, continues to grow and take steps forward, and this has a positive impact on the sports and competitive development of the region. We are committed to early detection activities and development of international talent, since grassroots football is an area where LaLiga and its clubs’ youth academies are a worldwide reference. The accumulated experience of more than 550 projects in more than 40 countries, and the level of our coaches help to strengthen the regions where there is a lot of soccer talent and a soccer fan that is growing exponentially, as is the case of the United Arab Emirates”, says Juan Florit, head of Sports Projects at LaLiga Grassroots.

“The support of an organization like LaLiga is essential in this case, since through LaLiga, grassroots football in the region accesses the network of resources of one of the best leagues in the world and its clubs, which facilitates the exchange of knowledge and talent management. Now we can also add the resources and special attention that LaLiga is dedicating to grassroots football through LaLiga Grassroots, and the connection of global projects with our new programs in Madrid, developed at the ESC LaLiga & NBA Center: LaLiga Academy and LaLiga Talents. MENA is one of the regions where we are working the most, since the growth of football is being very important,” says Francisco Javier Hernández, Head of Business and International Development at LaLiga Grassroots.

LaLiga Academy UAE is right now at the center of current affairs for LaLiga: with the World Cup break it will be used for the LaLiga clubs to immerse themselves in the territory. To do this, they will travel to Dubai, where a General Assembly is scheduled to be held. Within the framework of this assembly, the clubs will learn more about the specificities of the Middle East and North Africa (MENA). This immersion seeks to facilitate the internationalization of clubs in those countries and help them get closer to local fans, something for which grassroots football has been a key tool. Know first-hand the entertainment consumption habits of its inhabitants,

Ghadi Alanadary, a player trained at the LaLiga Academy UAE, was the winner in the Emirates for this season of a full training scholarship in Spain from LaLiga Tryouts, the talent detection and development program launched in 2022 by LaLiga Grassroots. This is a pioneering scouting process for young talents around the world, which took place last season in countries such as the United Arab Emirates, Puerto Rico or Santo Domingo.

Thus, in December 2021, some of the best talents in the UAE region undertook a series of tests against the LaLiga Grassroots team of coaches and scouts, who selected the 27 most outstanding as finalists to apply for the scholarship. UAE was the first stop of LaLiga Tryouts, but after different events in other countries in June 2022, the global winner was chosen from a total of more than 1,000 participants. In addition to this, full scholarships were awarded in other talent selection and detection processes in other countries such as Mexico. It is expected that in 2023 new tests will be carried out to award more scholarships globally.

The winner of the scholarship, Ghadi Alanadary, has his academic-sports training covered during this 22-23 academic year at LaLiga Academy Madrid, the long-term academic-sports program at the new ESC LaLiga & NBA Complex, the soccer reference center based in Madrid at the service of LaLiga clubs and which houses these new LaLiga Grassroots programs for young players in the capital.