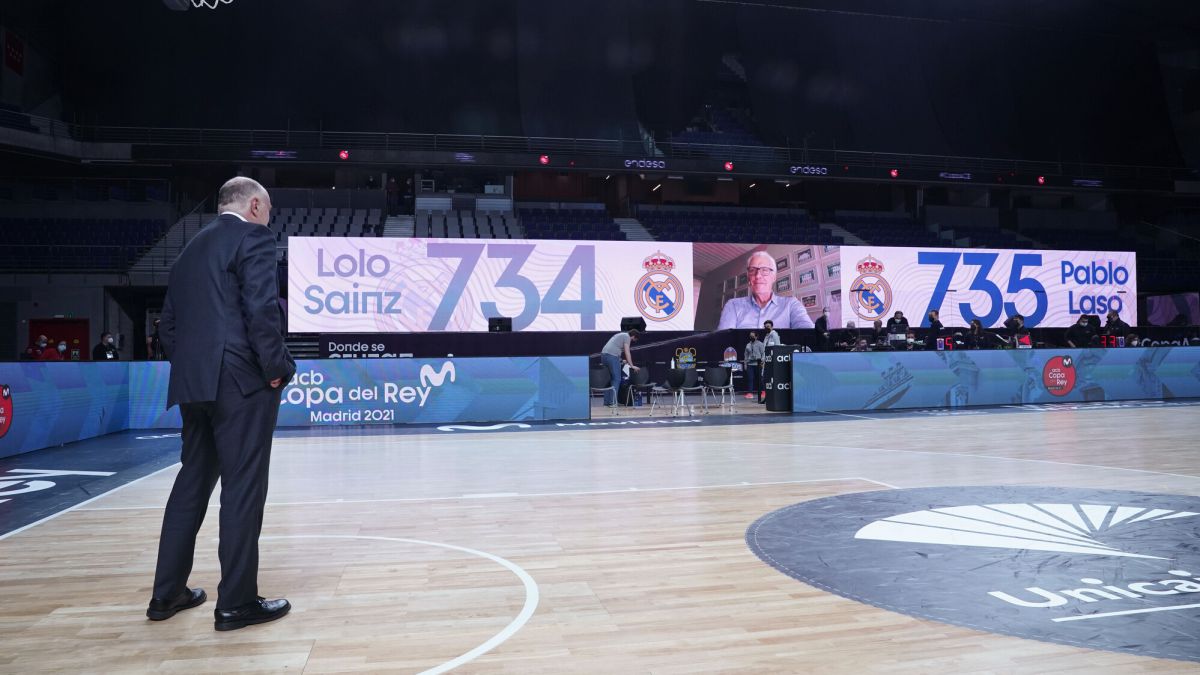 How do you approach the game after having played three overtimes?

There are no easy opponents to win. The schedule is very tight and we have had those three extensions. We have been away from home for seven with what it entails from trips that we return very late. It is best to play Sunday afternoon. We will have to put a team with a spark.

How does physical wear and tear affect?

It will be important to get people back. Sergi will return soon after training with the group. Now it’s time to hold on, wait and be lucky to not have more injuries.

Are you worried about the evolution of Sergiño Dest?

He has played many games and is very young. That’s complicated. He was injured and appears to be recovered. We will see if he can play from the beginning or it is better that he starts on the bench. It is important that you pick up the pace.

Have you been able to work on the penalty shoot-out?

We have thrown twelve counting the five of supercup and we have failed seven. Its alot. Everyone can fail, but it is too much. Leo is the pitcher and if he is not we need other quality people to put him in. We have thrown in training because there can be improved, such as fouls. A penalty in training is difficult than in a match going against the scoreboard. The important thing is to train and not doubt. You have to do something because you cannot accept it.

Do you miss Luis Suarez?

I don’t like answering that. You only ask me when it dials. He is a great player, I wish him the best of luck, but the decision has been made. He scored a penalty that must be seen if it was a penalty.

Are you concerned that players will understand your comments as criticism?

I am not going to lie. I say what I see. The attitude of the team was a ten, but sometimes you only put when I say something bad. If you are a Barça player, you have to demand. I criticize them with respect. I’m not going for anyone, I want to help them, but if we play against Cornellà with all due respect and we are not capable of winning in 90 minutes, I have to say what I see. Get another coach.

Have you ever lived eight games in a row away from home?

I never lived it. It’s brutal, crazy. But we have been good. Except for the final result against Athletic, we have won the others. We have been mentally strong.

Is substitute performance a problem in certain games?

In some games with a substitute, the team has improved. His situation is difficult, but we need in some positions we need more competition.

If there is a penalty tomorrow, who shoots it?

We will decide that in the talk tomorrow morning. We will choose two and the final decision in any case in the hands of the captain.

Could Junior Firpo come out?

It depends on him. He has fulfilled when he has had his minutes, but he is young. We cannot lose all the players. There are many games left.

What plans do you have for Konrad?

Should not. He is a winger with quality with one against one, but he must improve in other things. He had a bit of a slump a couple of weeks ago, but he’s fine with B. We need him on the bench and we also need him to play games. Young people have to play.

How was the meeting with the manager and the candidates in regards to signings?

My position is known: we lack people, but the economic situation of the club influences. I think we all think the same. If no one arrives, I accept and we continue the same, but if we want more we must sign.

Has Ronald Araújo surprised you?

He contributes a lot with a very acceptable level, he has character, intensity and must improve things with the ball for his youth. Is very good.

Is it the perfect moment for Griezmann to step forward to lead the team beyond goals?

Not just for Griezmann. I don’t want to put too much pressure on it. He always gives his best. He has scored in the last games. Goals from other players are missing. We cannot depend on one player alone.