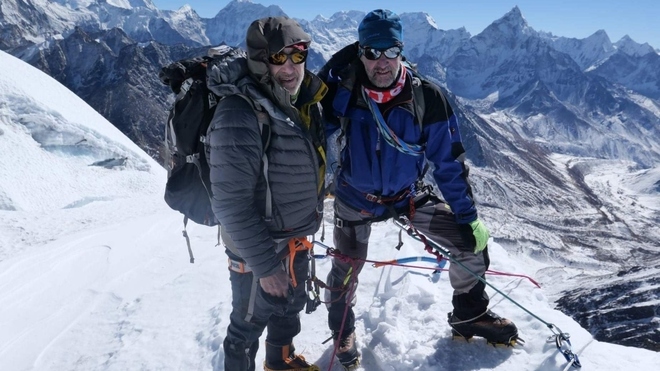 The former Italian soccer player Gianluca Vialli died this Friday at the age of 58 in a London hospital due to pancreatic cancer that he had suffered for five years and that forced him to leave his position as head of the Italian soccer team delegation on past December 14.

The Italian Football Federation (FIGC) confirmed in a statement his death last night and called a minute’s silence as a sign of mourning at the start of all matches next weekend.

FIGC President Gabriele Gravina expressed his “deep” sorrow: “I waited until the last moment for him to achieve another miracle, I am comforted by the certainty that what he has done for Italian football and the blue jersey will never be forgotten.” he assured.

“Gianluca was a splendid person and he leaves a void that cannot be filled, both in the national team and in all those who appreciated his extraordinary human quality,” he said.

Other political authorities added their condolences, such as the Minister of Infrastructure and Vice President of the Government, Matteo Salvini, or the former Prime Minister, Matteo Renzi.

Vialli was one of the most important footballers, leaders and coaches of “calcio” in the 1990s.

Born in Cremona (north), Vialli, a center forward, began his career at Cremonese in 1980 and after four seasons he signed for Sampdoria (1984), a team where he worked with the ‘azzurro’ coach, Roberto Mancini.

With him he forged a friendship that went beyond the playing fields and they made history by winning the only ‘Scudetto’ (1991) that the Genoese club treasures in its record, three Italian Cups (1985, 88 and 89) and an Italian Super Cup ( 1991).

Once retired, Vialli tried his luck as a coach in England, at Chelsea and Watford, without success.

It was not until 2019 when he returned to form part of a bench. Hand in hand with his friend Roberto Mancini, he was appointed head of the delegation of the Italian team with which two years later he lifted Euro 2020 in which he played a curious role.

And it is that his figure became a kind of talisman during the course of the tournament. On the second day of the championship, the bus mistakenly left the hotel without him and had to turn around to pick him up.

The positive result against Switzerland that night made the ruling become a ritual that they repeated in the rest of the matches (Wales, Austria, Belgium, Spain and England) until they were crowned champions.

It is the second death that affects Italian football this December, after that of the Serbian Sinisa Mihajlovic, former player of Inter, Milan or Lazio, among others, last Friday the 16th due to leukemia that he had suffered from since 2019.