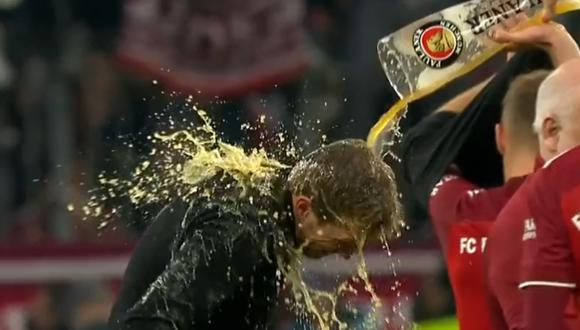 The last F1 champion has the opportunity to deal a blow to the championship in a race that the Monegasque Charles Leclerc the other pilot of the Scuderia faces, after a double sanction, from the bottom of the grid.

Mad Max signed his sixteenth pole in the queen category after sweeping qualifying on Saturday, in which, in the third and decisive round (Q3), he covered the 4.361 metros of the track of the artificial island of Notre Dame that bathes the San Lorenzo River in one minute, 21 seconds and 299 thousandths; 645 less than the double Asturian world champion and 797 over Sainz.

El Monegasque Charles Leclerc (Ferrari), third in the World Cup standings, part from the bottom from the grid in this ninth race out of 22 on the calendar, penalized for a change of combustion engine that exceeds the allowed limit. Without the threat in principle of Leclerc, Verstappen has the Spanish as his first rival Fernando Alonso at the age of 40 earned a place in the first line for the first time since 2012 in Germany.

“It feels very good. It’s been an amazing weekend for us, thanks to the humid conditions. The car has been wonderful”, Alonso congratulated himself after giving a driving exhibition on the wet Montreal track.

The experienced Spanish driver did not waste a second in assuring that he will make things difficult for Verstappen, the reigning Formula 1 champion. “I will attack Max from the first corner”, warned the Asturian. “The objective is to lead the race after the first corner, so I will be in maximum attack mode. After that they can fight, but it would be nice to lead the race”, she stressed.

The main affected was Czech Perez, who crashed his Red Bull car into the wall causing a long interruption of the second part of the classification. “I feel sorry for the team. Today I have let them down”, lamented the Mexican.

The seven times world champion, Lewis Hamilton will come out from fourth position behind the Spanish Carlos Sainz.