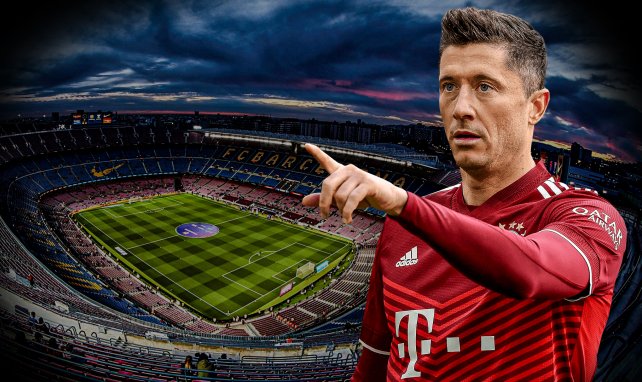 FC Barcelona | The discomfort of Robert Lewandowski in Bayern Munich

Naomi Osaka’s adventure at the 2022 French Open has ended with a first-round elimination. The players who are still in the tournament can see and hear the results of the opening with which the Japanese tennis player spoke about her anxiety and depression a year ago.

From new “quiet rooms” to three psychiatrists ready to lend a helping hand at Roland Garros, it’s clear that mental health is no longer as taboo as it once was.

“I remember last year, after I came back from France. The photographers followed me even in unexpected places, like the store. I felt really weird and overwhelmed, until one day a woman came up to me and said that she had helped her child by speaking out,” Osaka wrote in a recent email to The Associate Press. “At that moment I felt that everything had been worth it.”

In conversations with the AP either before or during the French Open that began Sunday, several professional tennis players gave Osaka credit for helping bring the issue out of the shadows in the sport.

In concert with the voices of other athletes, such as US Olympic gymnast Simone Biles, Osaka has helped raise awareness of emotional issues.

“I definitely think it’s something that gets a lot more attention than before, at least when I started out as a teenager. I don’t think I would have known what this was then. And now we see people expressing and normalizing a little bit that it’s okay if you’re having trouble dealing with something. It doesn’t matter if it’s on or off the court,” said Jessica Pegula, a 28-year-old New Yorker who advanced to the second round at Roland Garros on Tuesday.

“In tennis, the life we ​​live is not very normal,” he said. “It can lead to a lot of habits that are not healthy.”

Osaka was not the first to manifest these problems.

But her prominence as a four-time Grand Slam champion and one-time No. 1 gave her a lot of resonance, as did her decision to pull out of Roland Garros, explain why and take two breaks last season to tend to her mental health.

“Whenever an athlete shares their vulnerability and looks authentic, it affects other athletes. A relationship is established,” said Becky Ahlgren Bedics, WTA vice president of mental health and wellness. “So I don’t know if I would attribute this to a person or an event, but… this makes others take note and say, ‘Well, maybe I should look for something like that too.’

Paula Badosa, a 24-year-old Spaniard who won on Tuesday, hasn’t shied away from the opportunity to talk about her own anxiety.

“We are all human and we have to deal with some of these mental issues. We have problems,” Badosa said. “And it’s important that players like her talk about this.”

Before last year’s edition at Roland Garros, Osaka warned that she would not speak to the press. After he won in the first round, he was fined $15,000 for missing a mandatory press conference.

That requirement has not been lifted at the French Open or other major tournaments. Osaka ended up withdrawing from the contest.

“I think everyone was shocked and we weren’t ready for this,” said Kildine Chevalier, manager of player services and relations at the French Open.

“It’s important now that we take those issues into consideration,” said Chevalier, a former professional tennis player. “That a similar situation does not repeat itself and that this be prevented, instead of acting when it has already happened.”

Among the new facilities for tennis players at this French Open are an 80-square-meter room in the main stadium, with 11 beds and noise-cancelling headphones, a yoga room with daily meditation workshops and telephone lines to consult psychologists or psychiatrists

All this is in addition to what the men’s and women’s tours offer, such as the case of a member of the WTA’s mental health and wellness team, who is at Roland Garros.

Similar meetings with specialists have been available for years on the women’s tour. However, Ahlgren Bedics estimated that there has been a 30% increase in sessions for WTA tennis players during the initial months of 2022, compared to the first quarter of 2021.

Rebecca Marino became one of the 40 best tennis players in the world. The Canadian left the tour for almost five years due to depression.

Now he’s back and has qualified for the French Open for the first time since 2011. He notes that there’s a difference in the way mental health is talked about these days, not just in tennis, but throughout society.

And he considered that the WTA’s position deserves “much praise”.

“People don’t really understand what I went through with my mental health and why I walked away from the sport,” Marino said. “Now we have many more athletes talking about the importance of mental health in their careers. This has really opened up the conversation to more people and generated more positive talk, which I think is really wonderful. I’m glad this is starting to happen.”

But Frances Tiafoe, a 24-year-old tennis player born in the state of Maryland who considers Osaka her friend, acknowledged that there is work to be done.

“Sometimes you don’t want to be vulnerable in front of the other,” Tiafoe said Tuesday after a victory. “If you complain, they will call you ‘soft’. But when you think about it, you are actually strong. Sometimes people really carry a lot inside but hide it and try to put on a façade of a super strong person. Sometimes you just need to verbalize it. You need a safe space where you are heard. Naomi was going through some things at the time.”