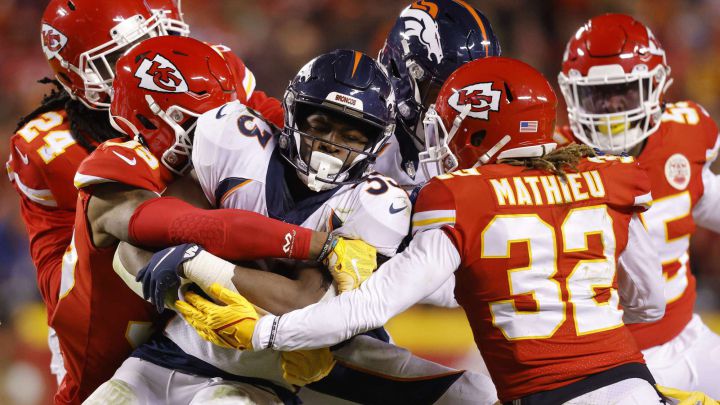 Ustellar performances of Devin Booker, with 30 pointsy Chris Paul, with 28, 20 of them in the second half and 14 in the fourth quarter gave him a resounding victory this Wednesday by 129-109 to the Phoenix Suns in front of the Dallas Mavericks from Slovenian Luka Doncic to take advantage 2-0 in the Western Conference semifinals.

Despite reaching the final period just six points behind, the mavs fell apart against some Suns that showed their hunger for glory, led by a magnificent Chris Paul, in search of a ring that would crown an already historic career.

The Suns were confirmed as mavs black beastagainst those who carry 10 wins in a row and haven’t lost since November 29, 2019and will arrive in Dallas next Friday with a valuable lead that brings them closer to the West finals.

Paul had eight points at the break and finished with 28six rebounds and eight assists, supported by a Booker who contributed 30, with four rebounds and four assists.

The team of Mounty Williams ruined the night Doncic, who signed 35 pointsfive rebounds and seven assists, but he finished the last few minutes sitting on the bench, seeing his team no longer able to leave Phoenix with a victory.

He was left without much support from his teammates, as the second best scorer was Reggie Bullock, with 16 points. Spencer Dinwiddie He had a good start to the game, but finished with only eleven points and three of ten shots.

Doncic, 24 points at the break

The Suns started like a shot, with a 9-0 and a 12-2 at the rhythm of Mikal Bridges and DeAndre Ayton but in the Mavericks, Doncic soon became a leader and activated his teammates with plays of enormous quality.

The Slovenian allowed his team to cut the margin to four points at the end of the first quarter (32-28) and went out in the second period. He had already 24 points and six assists at halftime, with four triples and plays of technique and physical strength in the paint.

He supported a Davis Bertans who hit three triples in the first half and the Mavs even had a five-point lead at 43-38, against a Suns in which Jae Crowder he dominated in the triples and exchanged signs and provocations with Doncic himself.

However, the number 77 of the Mavs did not lose lucidity and scored the last nine points of his team to give him a two-point lead (60-58) at halftime, after a first half in which both franchises had high shooting percentages . The Mavs shot 55% and the Suns shot 57%.

The Texans stalled early in the third quarter and missed six straight shots from the perimeter, leading to a run by Phoenix to break away 74-66.

And if Doncic only scored two points in the third period, it was Reggie Bullock with 11 points and three consecutive triples, in charge of leveling the match at 78-78.

Yes indeed, Shamet and Booker with two valuable baskets, managed to put a six-point margin at 89-83 to enter the fourth period with a valuable lead.

The Suns had never lost this year in the 51 times they led at halftime. and Paul continued this tremendous streak with some stellar plays in the fourth quarter.

To Doncic’s seven early points, ‘CP3’ answered with a triple and three exquisite two-point baskets to force the timeout of Jason Kidd at 103-93.

The Suns guard also forced a lost ball from some Mavs who couldn’t withstand the momentum of their rivals.

The Suns sealed a 21-7 run to increase your margin to 110-93 and Devin Booker was the one who sentenced three consecutive triples for 119-95.

Paul and Booker on the Suns, and Doncic on the Mavs, watched the final four minutes sitting on their respective benches. already thinking about the next challenge.

The series will move this Friday to Dallas, where the third and fourth games will be played, with the Mavs forced to entrust themselves to their public to change the dynamics of the matchup with the kings of the West.