Sergey and Goni enter the list for the match with Uruguay

Work week: “The week started badly, discouraged. The first days are sad, we talk a lot, we try to draw conclusions and then you try to leave the bad things behind and keep the little good. We are already preparing for Barcelona, ​​we know what kind of game we are going to play. We just hope that what has happened so far does not happen to us. We will try to compete well and that do not mark us soon. The moment you receive the first goal, it becomes a world for us, we try to change the way we play and everything falls apart, which is what has happened to us in recent games. ”

Low: “There are no new casualties. We recovered Álex, José Mari and Jonsson. They are players who can participate, although not at the same level as the rest yet. We have the loss due to Cala sanction. ”

The Barca: “We are seeing that there are certain levels. Sevilla take us and it seems that we are not a rival that can worry them, but then they go to Europe and lose. The same thing happens to Barça, in the Spanish league he scored five against Alavés, but then PSG comes and scores five on them. Barça is coming off a tough defeat, but now they are facing Cádiz, a team that is having a hard time, that it is difficult for them, that has several defeats in a row … it seems that we are at another level. Barça surely after this defeat will be bad for the European level, but for our level they will have the confidence that it will be an easy match and more comfortable than they’ve ever had. ”

Changes compared to going: “Barça now center more balls, it is not the same. Since that game we can get four or five goals from the center. Now they do more damage on the outside. You have to play a game similar to the one in the first round, but the Camp Nou is very long and they win them by insistence because they make you run a lot. They are going to put us in our field. In the first round we were always in the game. ”

Mental exercise: “The team seemed tired, but for me it was not. He seemed little supportive, very open. That’s what happened to us. What has never happened. We have talked about all that, we have to improve it. It does not depend on the physical but on the mind. We are realizing that the 24 points are not going to save us and it is costing us. For me it is not physical fatigue, it is higher and that, when you want, you are already losing without a solution. It’s my feeling. ”

Psychological theme: “When it is a mental issue, you just have to talk and what is fair. Each one must realize what is wrong. It is not normal that with so many defeats and goals conceded I go out to a happy press conference and speaking of external things. I am confident that in the long term we will get it out. We cannot change the way we play if we receive a goal. ”

Fali, central or midfield: “The coaching staff has always thought that Fali is central. He has played great midfield games. With the losses of Augusto, Álex and José Mari, it had to be used in the middle. Fali is central, okay, but right now we don’t have pure midfielders. We have to incorporate players. You have to think about things a little more, it’s not just because “.

Arrivals at the opposite goal: “We have a way of getting there, not because it is the only one. Other ways of getting there complicate our lives. We are not players to receive from behind except Perea and some more. We are players of speed. Shooting from medium distance I do not remember options. Our arrival depends on how we defend. If we don’t defend well, all arrivals will start from the doorman. When we steal and win disputes, we strike well. In positional attack we are not a good team, except for some players who can do it. Right now we depend on how we defend. ”

The Cadista goal: “Changing goalkeepers has always seemed strange to me, it’s like the last bullet. It’s not the goalkeeper’s fault, it’s the team’s. The goals that we have received are direct fouls, hand in hand. The goalkeeper needs more help from the people in front of him to be better. ” 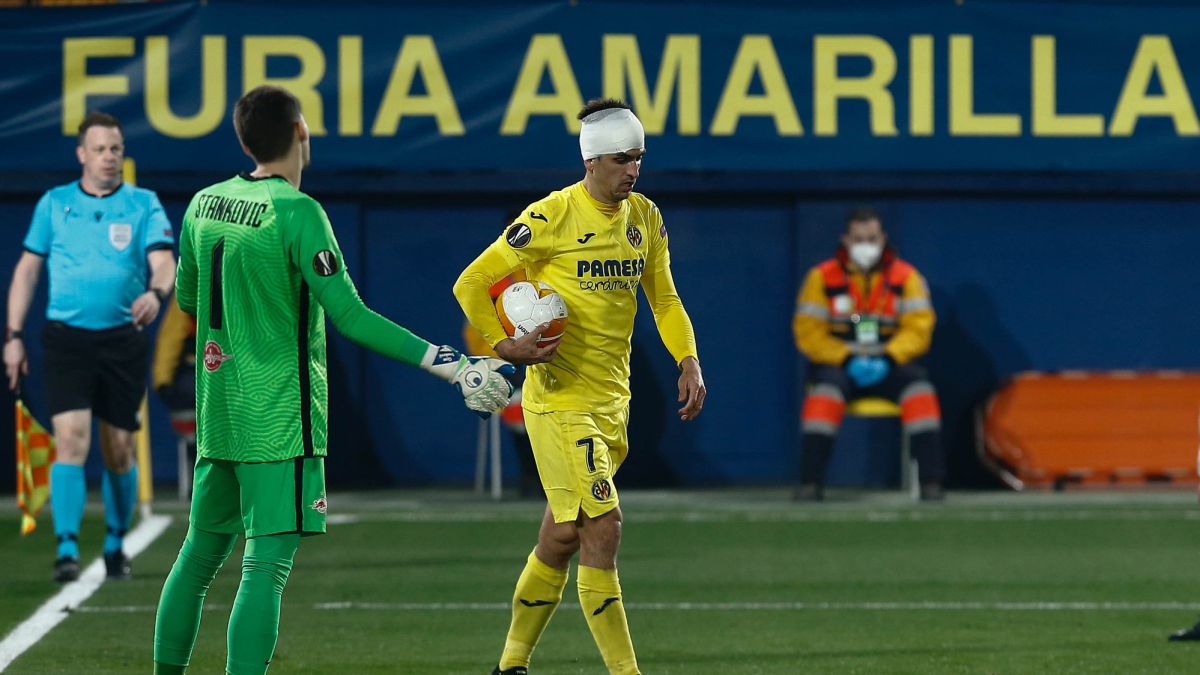