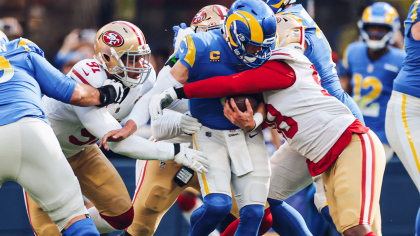 In the early hours of August 20 to 21, the American Ruben Torres and the Venezuelan Cristian Báez faced each other in a fight that ended with the victory of the former and that would not have had any significance if it had not been for the fact that its ending has gone viral on social networks days later and has opened an intense debate in the world of boxing.

The fight, which belonged to the lightweight category, was played at the Omega Products International Events Center in Corona, California, and was part of the Path to Glory event. They went more or less even for the first six rounds until everything blew up in the seventh. Báez fell to the canvas after tripping over the legs of his rival and the referee stopped the fight for a few moments so that he could get up.

At the beginning of each round or after any interruption, the boxers always collide the gloves before getting back into the fight to indicate that they are ready. Torres took advantage of this kind of unwritten rule and just when his rival got up and the referee gave the signal that he could continue competing, he approached him with his left fist in front to hit gloves.

What Báez did not expect is that immediately after hitting gloves the American would unleash a brutal left hook at the height of the neck that sent him to the canvas completely rigid. Even the referee took his pulse to check his vital signs and the doctors quickly went up to the ring to attend to him. Torres took the victory by KO to the surprise of the spectators and the narrators, who were amazed at his tactics.

Many boxing fans consider the action of the American as unsportsmanlike, since the clash of gloves was minimal and he only sought it to catch his opponent off guard. However, others believe that Báez got confused and did not remember one of the most important rules of this sport: you have to be protected at all times.

That is precisely the defense that the American boxer has used after the criticism. “This is boxing and fighters like me are always on the attack. The referee gave the signal to start fighting again and I came out with guns blazing, especially after he had knocked him down. I hit him with a left hook and that was it, the fight was over, “he explained in statements published on the portal” Boxing Scene “. “They always say to protect yourself at all times.”

The action of the 24-year-old boxer has brought many fans to the memory of Floyd Mayweather during a fight against Victor Ortiz at the MGM Grand Garden Arena in Las Vegas on September 17, 2011.

The former world champion in five different categories took advantage of the resumption after a stoppage in the fourth round to deliver two spectacular blows to Ortiz without him being protected and send him to the canvas winning by KO.

Mayweather took the victory and won the World Boxing Council welterweight belt, although his victory generated strong criticism, as the one recently achieved by Torres.