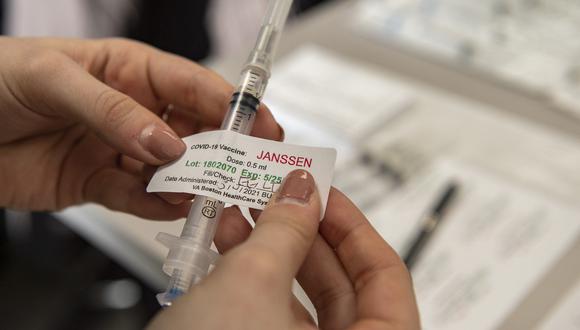 US to buy 100 million more doses of Johnson & Johnson vaccine

After the start of the space tourism race, August takes a break from racing and kicks off with a Perseid meteor shower, a scintillating spectacle that space has offered for 2,000 years, according to NASA. August will also bring a rare blue moon and SpaceX will launch its Dragon spacecraft to resupply the International Space Station.

Here we tell you what are the astronomical events of August and the next plans of SpaceX.

The annual Perseid meteor shower is a spectacle that occurs between mid-July and late August. According to NASA, in an hour you can observe up to 100 meteors per hour and you do not need special equipment to observe the meteor shower, but it does recommend going to a place away from bright sources of light.

“Allow your eyes to adjust to the dark (takes about 30 minutes), that way you will see more meteors. Also, try to stay away from the phone as looking at devices with bright screens will negatively affect your night vision and consequently, it will reduce the number of meteors you see!” says NASA.

These meteors are the product of debris from Comet Swift-Tuttle that orbits the Sun once every 133 years, so each August the Earth passes through the comet’s debris field.

Ice and dust, accumulated over a thousand years, burn up in our atmosphere to create the meteor shower. The Perseids show brighter meteorites than any other annual meteor shower.

Meteors can be traced back to the constellation Perseus, from which they get their name. From our perspective, all meteors appear to come from a single point called “radiant”, but that is because they are moving in parallel with each other.

When the “radiant” is highest in the sky, we will see the most meteors. But “Earthgrazer” meteors, which skim Earth’s atmosphere and display long, fiery tails, are visible earlier, when the radiant is low above the horizon.

The meteors themselves travel at 212,000 kilometers per hour, creating their vivid rays of light. They can reach between 1,600 and 5,500 degrees Celsius during that rain.

The comet itself will come extremely close to Earth in 2126.

Every month has a full moon, but because the lunar cycle and the calendar are not well synchronized, every three years ends with two moons in the same month. And the one on August 22 will be the second in a month, that’s why it’s called the “blue moon.” However, the name has nothing to do with the hue of the satellite.

When the phrase ‘once every blue moon’ was coined, it meant it was something very rare, according to NASA’s Data Center.

This August full moon is also known as a sturgeon full moon because the giant sturgeon in the Great Lakes and Lake Champlain in the United States were more easily caught during this season, according to the Farmers’ Almanac.

After launching a new batch of Internet-streaming Starlink satellites, SpaceX is preparing for SpaceX’s 23rd cargo resupply mission to the International Space Station (ISS). Dragon’s release is scheduled for the end of August, although there is no specific date and time yet.

According to NASA, the SpaceX spacecraft will bring to the ISS “a variety of scientific investigations” such as a study on prevention and treatment for loss of bone density, an investigation to test diagnostic devices that could detect and mitigate vision disorders and a new robotic arm.

Elon Musk’s company SpaceX is preparing to go into space with the Inspiration4 mission, which is scheduled to fly no earlier than September 15. This mission will be manned by civilians.