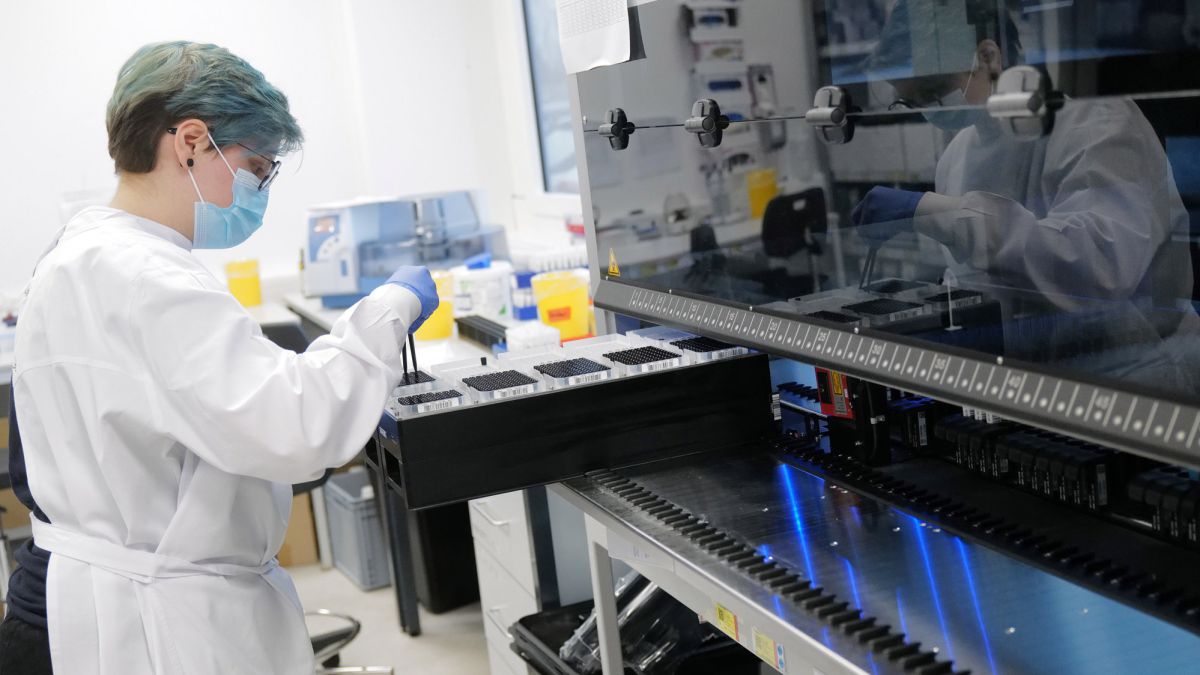 Galaxies begin to “die” when they stop forming stars, but until now astronomers have never clearly envisioned the beginning of this process in a distant galaxy.Using the Atacama Large Millimeter / submillimeter Array (ALMA), of which the European Southern Observatory (ESO) is a partner, astronomers have seen a galaxy expelling almost half of its gas, the building block for star formation. This ejection takes place at an astonishing rate, equivalent to the gas it would take to form 10,000 suns a year: the galaxy is rapidly losing its fuel to make new stars. The team believe that this spectacular event was triggered by a collision with another galaxy, which could lead astronomers to rethink how galaxies stop giving life to new stars.

“It is the first time that we have observed a typical massive star-forming galaxy in the distant universe about to ‘die’ due to a massive ejection of cold gas,” says Annagrazia Puglisi, principal investigator of the new study, from the University Durham (UK) and the Saclay Nuclear Research Center (CEA-Saclay, France). The galaxy, ID2299, is so far away that it takes about 9 billion years for its light to reach us; We see it when the Universe was only 4.5 billion years old.

The gas ejection is equivalent to that required to achieve a formation rate of 10,000 suns per year, and is removing a staggering 46% of ID2299’s total cold gas. Because the galaxy is also forming stars very quickly (hundreds of times faster than our Milky Way), the remaining gas will be consumed rapidly, causing ID2299 to cease production in just a few tens of millions of years.

The event responsible for the spectacular gas leak, according to the team, is a collision between two galaxies that eventually merged to form ID2299. The elusive clue that led scientists to this scenario was the association of the expelled gas with a “tidal tail.” Tidal tails are elongated streams of stars and gas that extend into interstellar space and are the result of the merger of two galaxies, difficult to see in distant galaxies because they are generally too faint. However, the team managed to observe this relatively bright phenomenon just as it launched into space and were able to identify it as a tidal tail.

Most astronomers believe that winds caused by star formation and the activity of black holes at the centers of massive galaxies are responsible for launching star-forming material into space, thus ending the ability of galaxies to create new stars. However, the new study published today in Nature Astronomy suggests that galactic mergers may also be responsible for expelling fuel needed for star formation into space.

“Our study suggests that gas ejections can be caused by meltdowns and that the winds and tidal tails can look very similar,” says study co-author Emanuele Daddi of CEA-Saclay. So it is possible that some of the teams that previously identified winds in distant galaxies could have actually been observing tidal tails ejecting gas from these galaxies. “This could lead us to revise our understanding of how galaxies ‘die’,” Daddi adds.

Puglisi underscores the importance of the team’s find, adding: “I am delighted to have discovered such an exceptional galaxy! I was eager to learn more about this strange object because I was convinced that there was an important lesson to be learned about how distant galaxies evolve.”

This surprising discovery was made by chance while the team was inspecting an ALMA survey of galaxies designed to study the properties of cold gas in more than 100 distant galaxies. ID2299 had been observed by ALMA for only a few minutes, but the powerful observatory, located in northern Chile, allowed the team to collect enough data to detect the galaxy and its ejection tail.