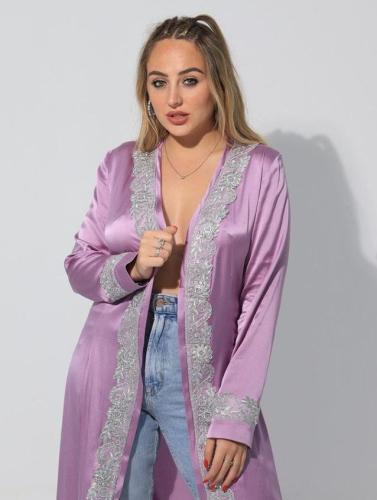 Rocío Flores shares the aftermath of her liposuction

Anastasiya Kvitko  continues to conquer the hearts of millions with her publications and there are more than 12 million who follow her on her official Instagram account.

Like many of her fellow influencers, the Russian model enjoys traveling a lot and that is how she has been seen traveling around the world.

But in addition to her great productions, Anastasiya Kvitko stands out for her natural postings, that is, without great ostentation and as in this case, wearing informal clothes, a very simple dress, which makes her even gain more followers for showing herself as she is.

And this is something common in   Anastasiya Kvitko,  as when she decided to take refuge in nature, and from a mysterious place in the world, since it does not clarify where she is, the beautiful Russian model once again captivated her fans surrounded by the green of nature. And in the midst of heavily wooded mountains, it naturally wore its charms, without the large productions that we are accustomed to.

And her success is such, 12 million fans is a figure that honors all the fury that he manages to cause in each of her publications, that the fame of Anastasiya Kvitko transcended beyond social networks, in which without a doubt It is one of the great world stars. 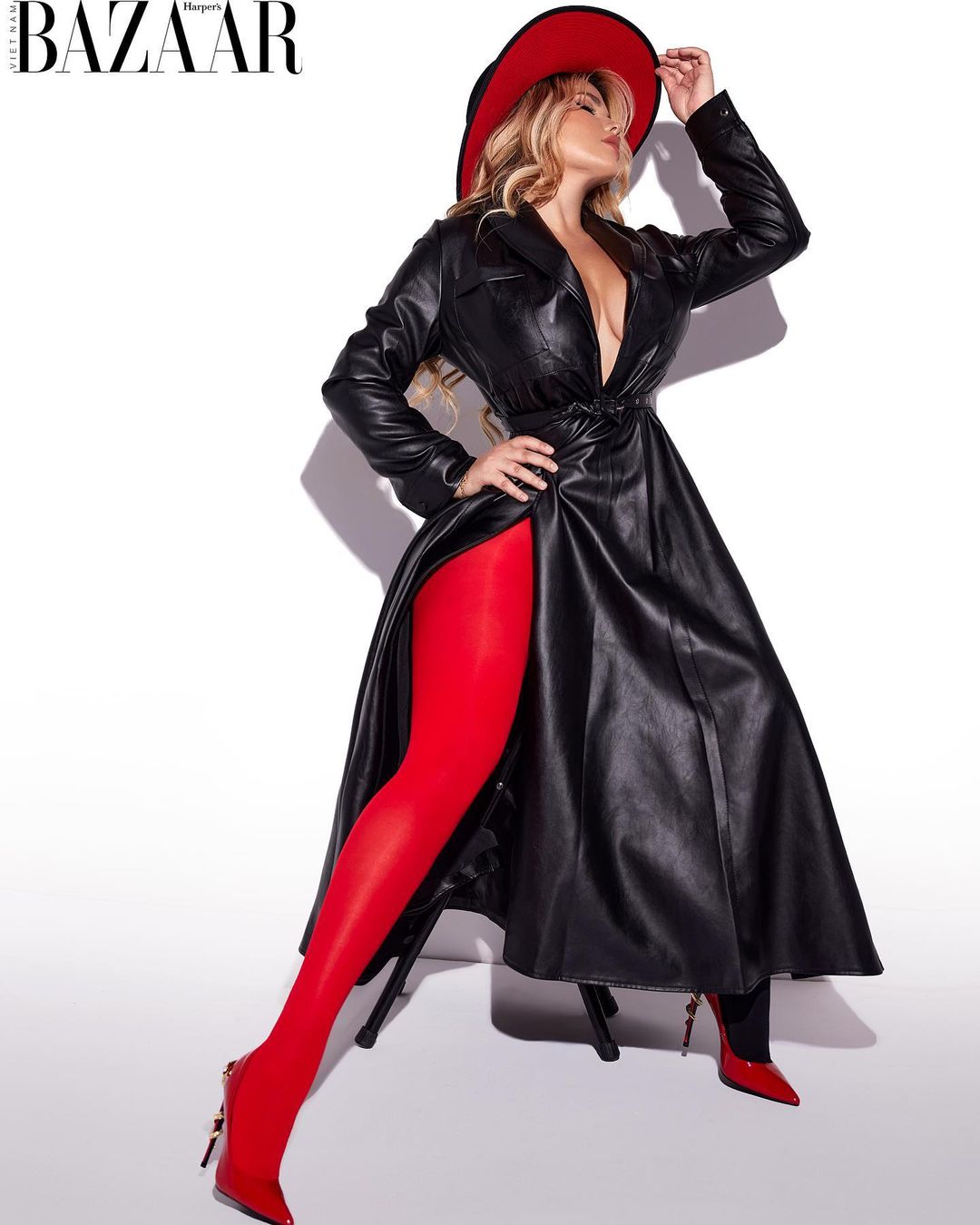 And thanks to this singular success, the Russian model made the cover of a very important magazine, as other influencers have previously achieved, such as the Russian Olyria Roy, the Mexican Yuliett Torres and the most shower on these issues, the Chilean Daniella Chávez .

In the particular case of Anastasiya, she was chosen as the cover of the famous Harper’s BAZAAR magazine, which described her as “Curvy & Sexy”. 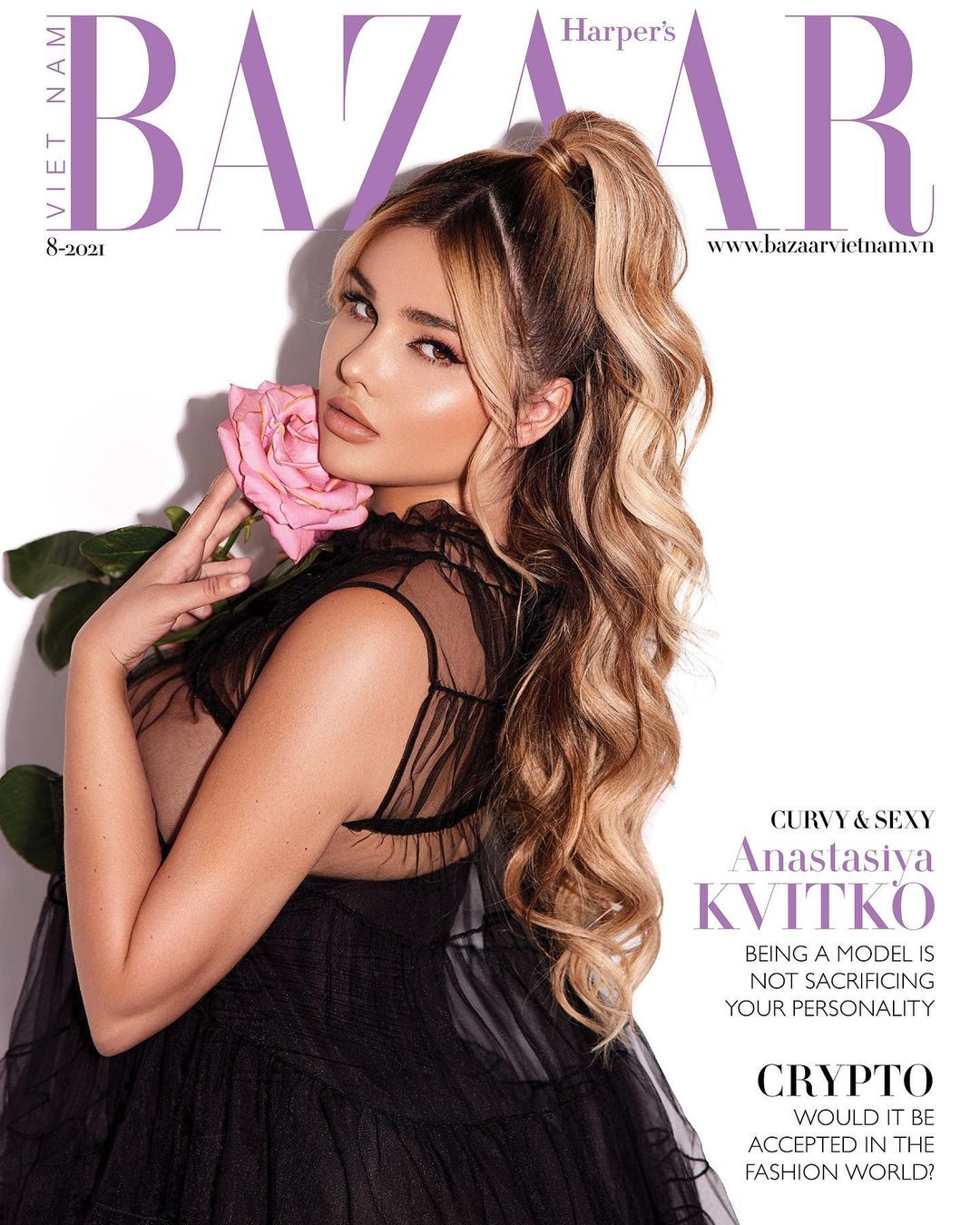 It was the model herself who shared the dazzling photographs of the magazine on her official Instagram account and that earned her thousands of little hearts of approval from her fans. And of course also the magazine’s Instagram published the preview of the cover and one of the photos with which Anastasiya Kvitko manages to dazzle her followers.

As the model herself says in the Harper´s BAZAAR note, you do not have to sacrifice your personal life to be a model and that is why she usually posts very natural images and videos with very casual clothes, far from large productions, which it also performs when appropriate. 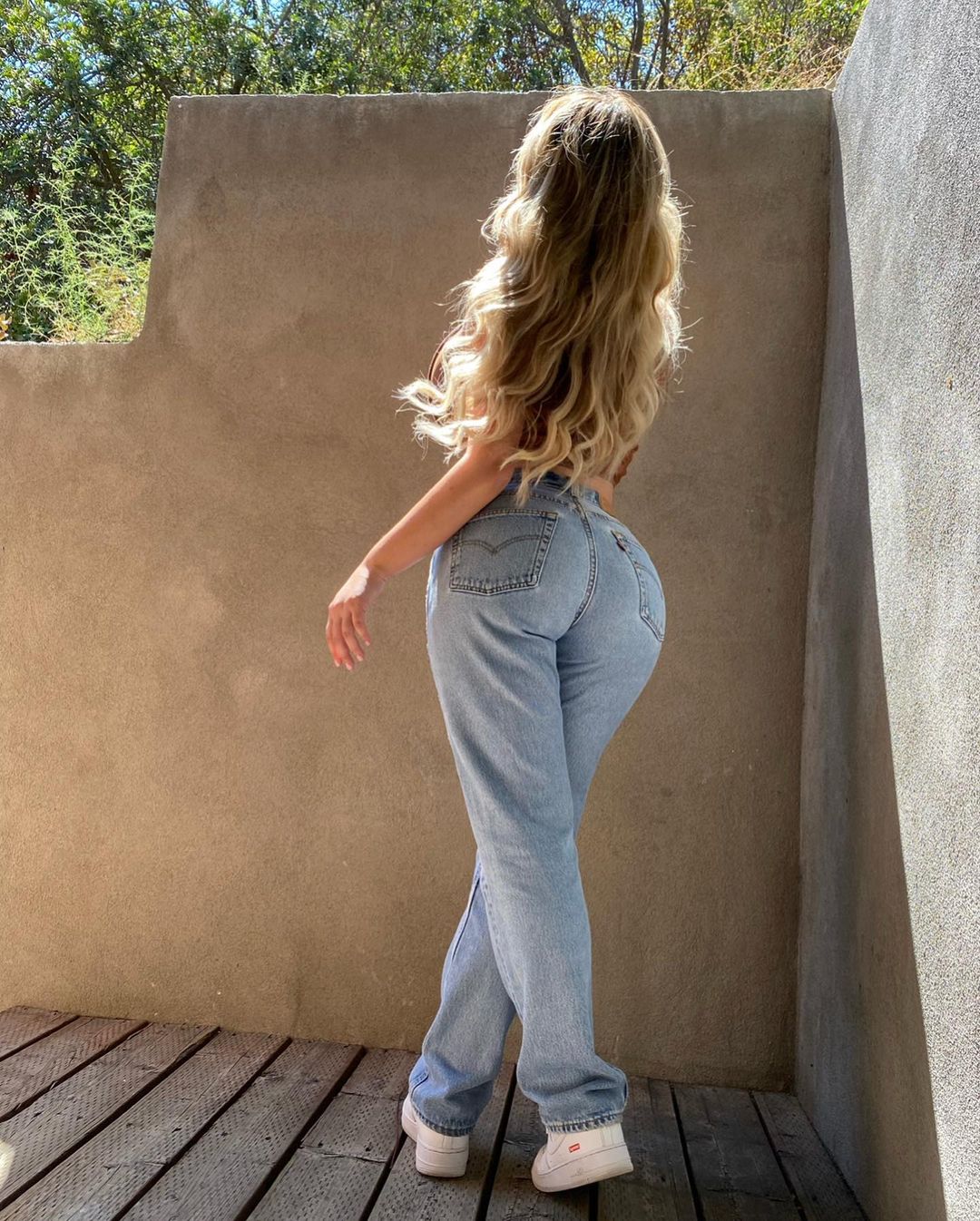 And although in previous posts she could be seen wearing shorts and enjoying herself, the Russian model Anastasiya Kvitko also knows how to enjoy wearing jeans.

This is how she could be seen in a publication of two photos that left her millions of fans with their mouths open, who did not hesitate to fill her with hearts of like.

With a completely renewed and much more stylized look, Anastasiya Kvitko is in her prime and she does not stop showing it.

The Russian model and influencer made use of her deep imagination to report with a series of postcards from a paradisiacal beach that have been known to steal much more than sighs. It is that the pose, the outfit used and the way of looking at the camera, has turned out to be the ideal complement to melt Internet users.

On this occasion,  Anastasiya Kvitko  wore her incredible figure in shorts and captivated her more than 12 million fans who celebrate each of her publications. It is not the first time that it has achieved a phenomenon of these characteristics. In general, their posts are a real hit that travels the world without a filter. But this one in particular has given the issue a plus: it has made her add a good number of followers on her official Instagram account . 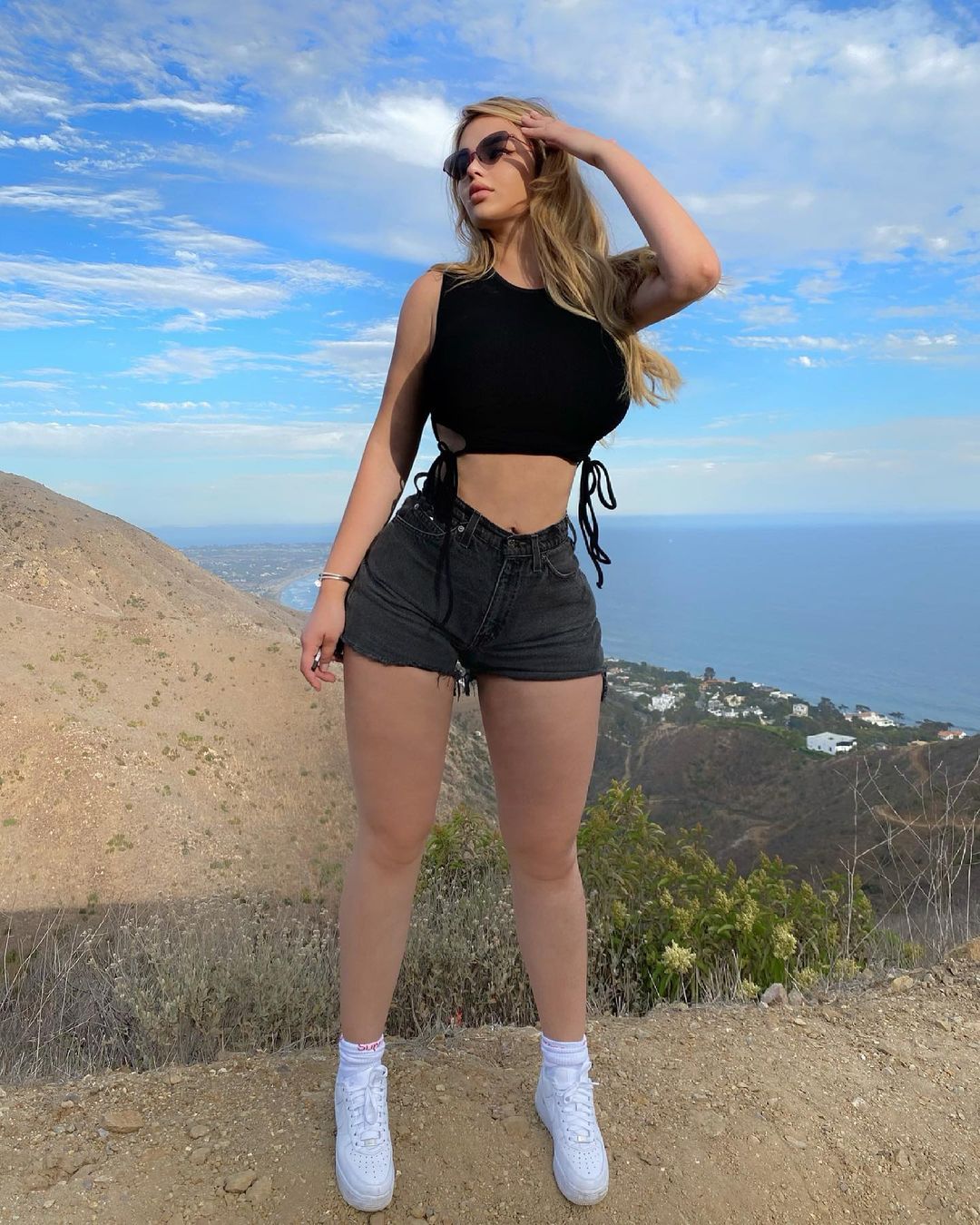 As expected, this new content has catapulted her to the top of the most followed influencers and who, precisely, achieve the greatest furor on this platform. Her beauty, the way she shows herself and even the looks she uses, all add up when it comes to becoming famous in this massive way as she has achieved. 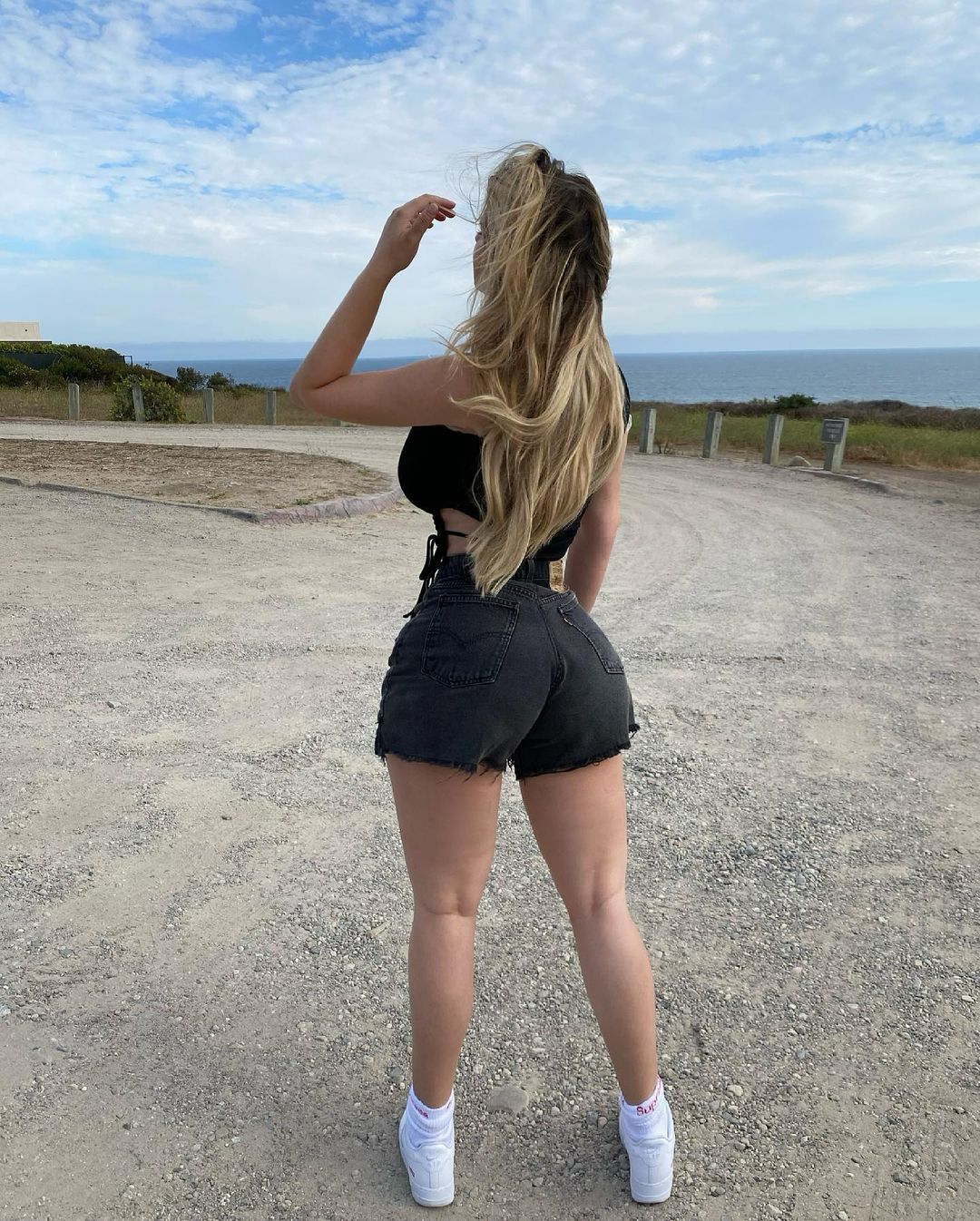 And among the thousands of likes and comments, there is nothing less than that of the Russian model and influencer Olyria Roy, who with her charms also captivates millions in her various social networks.