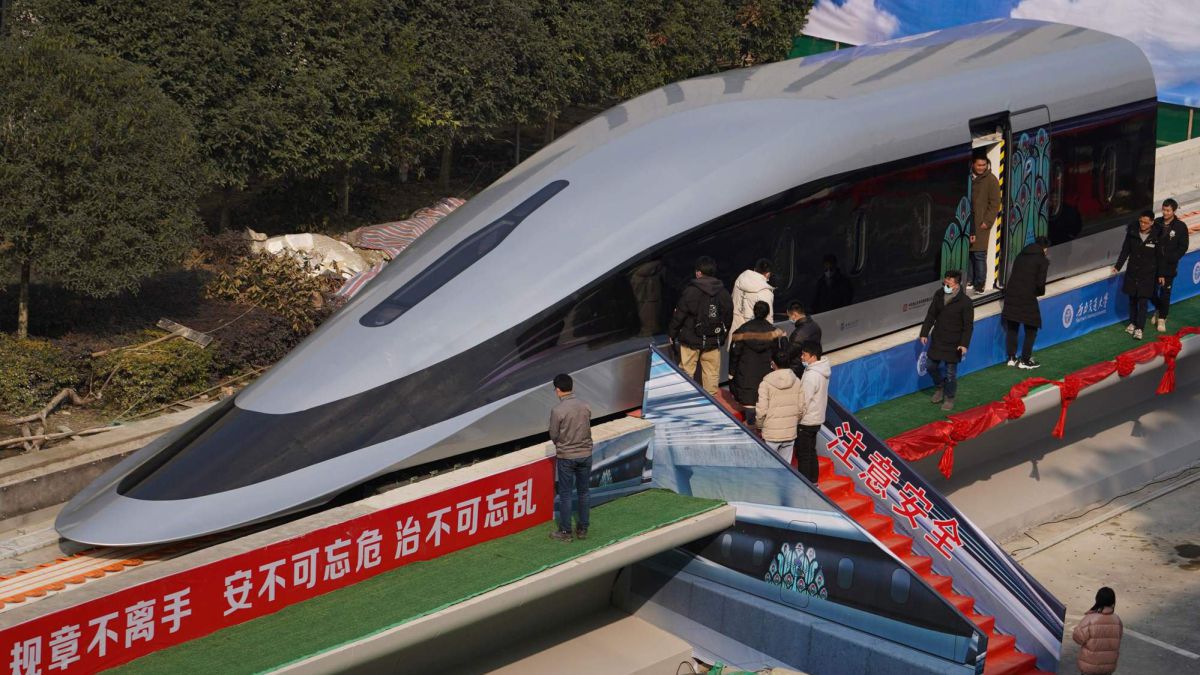 China Launches a Train that goes at 620 Kilometers Per Hour

During the broadcast of the morning show program “Hoy”, lThe main drivers made some comments about the national vaccination squad. In a humorous tone, they talked about traveling to the United States to get vaccinated against SARS-CoV-2 or waiting for their turn in the country “in 2038.”

Regarding the recent scandal caused by the inoculation of the commentator Enrique “Perro” Bermúdez in Miami; Paul Stanley, Raúl Araiza and Arath de la Torre joked about the possibility of traveling to the neighboring country to apply the first dose of the vaccine.

“Hey Negrito you should, and you too Arath, they should go with the” Dog “Bermúdez because they can already get the vaccine there in the United States”joked host Paul Stanley, making a kind of mockery of the age of the drivers.

At Stanley’s comment, the drivers burst into laughter. Andrea Legarreta even confessed that she also wants to go to the United States to receive the vaccine. “Let’s go, let’s go!” Said presenter Galilea Montijo with a laugh, standing up and taking her colleagues by the hands to force them to leave their seats.

“No, notice that it is my turn in June, more or less”said the driver and actor Arath de la Torre, referring to the vaccination plan against COVID-19 that contemplates inoculating people under 40 years of age during June 2021.

“If they come, baby”, Galilea Montijo replied to the actor, causing the laughter of his companions. “Because they were doing the math and it’s our turn until 2038. Right?” The driver said with an ironic tone before making an attempt to cry.

The comments of the hosts of the television program showed the uncertainty with which they perceive the situation of the vaccination brigade that began last Wednesday, January 13 throughout the Mexican territory.

There have been many accusations and criticisms received by some public figures who have shared on social networks the access they had to inoculation in the United States.

In recent times, the vocalist of Untouchable, Ricardo Muñoz, was flooded on social networks after making his vaccination public in Texas. The singer “boasted” on Twitter that he agreed to the vaccine by “levers”, since Muñoz is not part of the medical corps contemplated for the first stage of the campaign.

However, through a video posted on his official Instagram account on January 5, he clarified what the situation was: “It was not because of ‘levers’, I think that there I was wrong in saying things thinking that because it is Twitter it is not something serious (…) I answered things as I would with a friend, as a joke, it was not for that ”.

“All the front-line doctors are supposed to have said ‘this is what was taken care of and left over.’ That’s what happened, gentlemen, it was left over and they post it on Facebook”, Clarified the singer.

Likewise, Enrique “Perro” Bermúdez received a series of comments regarding his and his wife’s inoculation in Miami, Florida. However, the sportscaster, At 70 years of age, he is within the range considered for vaccination against coronavirus in the county in which he resides.

“I share with you with great happiness, that thank God my wife @ LETICIA777 and a server, we have just been vaccinated against Covid19, here in Miami !!”the commenter wrote from his Twitter account on January 13.

“El Perro” Bermúdez and his wife have already received the vaccine against COVID-19: they criticize him on social networks

Galilea Montijo after Twitter blocking Paty Navidad: “One thing is what you believe and another is to be misinforming”