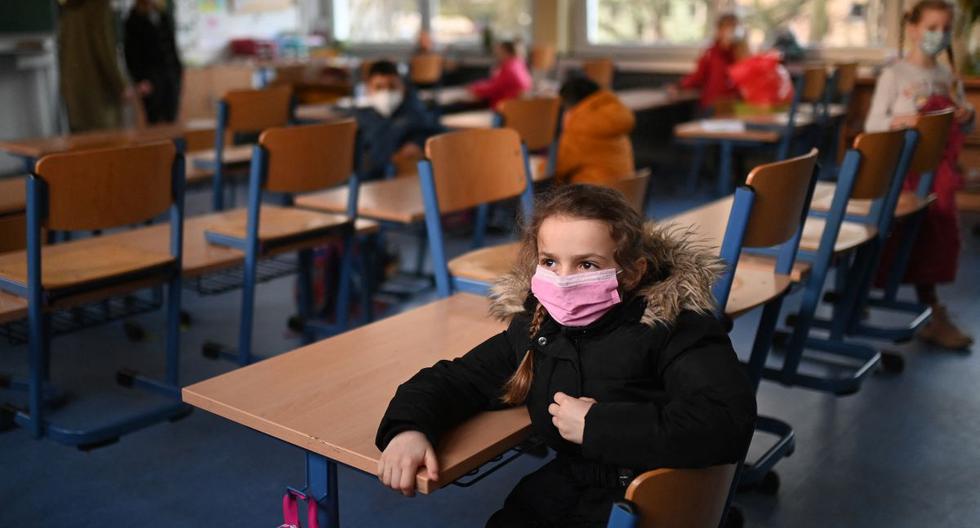 Teachers could be a greater source of Coronavirus infections than Students

People wear protective masks while shopping at a wet market in the Old Quarter in Hanoi, Vietnam, on Saturday, Aug. 15, 2020. Vietnam’s virus resurgence underscores the difficulties governments face not only in battling waves of the stealthy pathogen but doing so while trying to preserve economic growth. Photographer: Linh Pham/Bloomberg

(Bloomberg) — The U.S. labeled Vietnam’s currency actions unreasonable and restrictive to American businesses, but refrained from hitting the nation with punitive tariffs.

The determination by the office of the U.S. Trade Representative is the result of an investigation that started in October under section 301 of the Trade Act of 1974 — the same legislation the Trump administration has used to apply tariffs on billions of dollars of imports from China.

Vietnam’s practices — including “excessive” foreign-exchange market interventions — are “unreasonable and burden or restrict U.S. commerce,” the USTR said in a statement Friday.

“Unfair acts, policies and practices that contribute to currency undervaluation harm U.S. workers and businesses, and need to be addressed,” U.S. Trade Representative Robert Lighthizer said in the statement. “I hope that the U.S. and Vietnam can find a path for addressing our concerns.”

On Dec. 16, the U.S. Treasury Department designated Vietnam and Switzerland as currency manipulators for the first time, while keeping China on a watch list, in the Trump administration’s final foreign-exchange policy report.

The U.S. Chamber of Commerce welcomed the decision not to impose tariffs.

“We have been steadfast in our opposition to this move since the announcement that it was under consideration,” Executive Vice President and Head of International Affairs Myron Brilliant said in the chamber’s statement. “Trade actions are an inappropriate means by which to address currency-valuation questions.”

The Information Technology Industry Council said Vietnam is a growing hub for supply-chain partners, especially as companies seek to move supply chains outside of China.

President-elect Joe Biden and his trade team should avoid imposing tariffs on Vietnam “and instead rely on a strategic, whole-of-government approach that uses bilateral engagement to tackle concerns around currency valuation,” the ITI said in a statement.

Vietnam is among the U.S.’s 10 biggest trading partners. The goods-trade deficit with the Asian nation is the largest after the shortfalls with China and Mexico.

Vietnam’s central bank said last month it doesn’t use exchange rates to create an unfair competitive advantage in trade, and that its “exchange-rate management in recent years is within its general framework of monetary policy and aims to achieve the consistent goal of controlling inflation, stabilizing macro-economy.”

The Commerce Department in November imposed preliminary anti-subsidy duties on Vietnamese car and truck tires, citing the nation’s “undervalued currency” among the reasons. A new federal rule published in 2020 allows Commerce to treat currency undervaluation as a factor in determining countervailing tariffs on a trading partner.