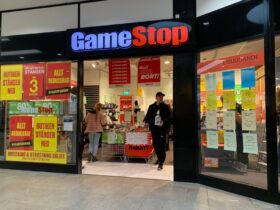 On Jan. 13, with the nation’s attention riveted on the vote to impeach President Trump again, the U.S. Environmental Protection Agency issued a new rule severely limiting its own ability to regulate heat-trapping gases. A little over a week earlier, as would-be insurrectionists were gathering in Washington, D.C., the outgoing administration finalized a rule rendering the vast majority of public health data off limits to policymakers.

Eleventh-hour executive actions are a hallmark of presidential transitions, and experts see little in the way of lasting impact as President Joe Biden moves from his inauguration on Wednesday into an expected flurry of policy moves from the new White House. Late environmental rules that conflict with Biden’s ambitious climate agenda can mostly be reversed, some just as hastily as they were implemented.

“The last-minute regulations were meant to gum up the works for Biden,” said David Doniger, senior strategic director for climate and clean energy at the Natural Resources Defense Council, an environmental advocacy group that filed numerous lawsuits aiming to block the Trump administration’s agenda. “But they were slow, incompetent, and did things that were illegal. They are already getting their comeuppance in the courts.”

Eliminating or weakening regulation was a top priority from the start of the Trump presidency, but the mission took on an urgent focus after Biden’s win. In its last days the Trump administration took aim at major provisions ranging from fuel-efficiency standards in appliances to the rules for cost-benefit analysis under the Clean Air Act.

The reversals started almost immediately after Biden took office Wednesday, with the signing a slew of executive orders on climate issues. These included a recommitment to the Paris climate agreement and a request that federal agencies review any and all Trump policies “that were harmful to public health, damaging to the environment, unsupported by the best available science or otherwise not in the national interest.”

While the Paris pact can be re-entered with the stroke of a pen and take effect just 30 days later, other Trump regulations will take substantially longer to unwind.

There are three main pathways to undoing the regulatory accomplishments of a previous administration. The quickest is the Congressional Review Act, which allows Congress to nullify a rule within 60 legislative working days of its passage. Once a rule has been nullified, however, the law prohibits any future regulation that is “substantially the same.” What falls into that category has yet to be tested in the courts, and Democrats in particular have been loath to use congressional review for this reason.

“The CRA is bad law. It is a bad way to make public policy,” said Andrew Rosenberg, director of the Center for Science and Democracy at the Union of Concerned Scientists. “You could be shooting yourself in the foot.”

The other two ways of overturning Trump’s climate policies may be more palatable, even if they also take longer. Anyone with standing can use the courts to block regulations on the grounds that they lack scientific justification or are “arbitrary and capricious.” Andrew deLaski of the American Council for an Energy Efficient Economy said his group has already sued to block a last-minute regulation intended to weaken efficiency standards for dishwashers, and that they’re likely targeting at least one more on water heaters.

“The hope is the new administration decides not to defend and settles,” said deLaski, who runs the Appliance Standards Awareness Project. “If a court agrees, it could put the rules on a fast track for reversal.”

The rule-making process itself is the third and final tool the incoming Biden administration will have at its disposal. While it’s possible to simultaneously repeal and replace rules at the same time, the process is notoriously cumbersome and full of delays. It’s not unusual for the whole thing to take years.

Doniger of the NRDC argues that new rules would have been unavoidable given Biden’s climate policy aspirations, even compared to Obama’s. “Imagine the Trump administration had done nothing,” he said. “It would still be time to revise and strengthen what had been done before.”

Even after rules become finalized, there’s one more gauntlet to run. Deregulation advocates argue that rule-making at federal agencies routinely oversteps constitutional and statutory authority to make new laws. A 1984 Supreme Court decision gives deference to agencies when laws are unclear and scientific expertise is required to meet their mandates. More conservative members of the court, including recently seated Justice Amy Coney Barrett, have strongly hinted an openness to overturning this precedent.

“At the end of the day the Trump administration’s attacks on environmental law are unlikely to endure,” said Cara Horowitz, co-executive director of the Emmett Institute on Climate Change and the Environment at the University of California, Los Angeles School of Law. “But it is not going to be that easy to replace them with something better.”

The real enduring legacy of the Trump administration on the environment, she said, will be the 6-3 conservative majority on the Supreme Court. “They are going to look really skeptically at new levels of regulatory authority,” she said.

“The Biden administration is packing its agencies with very smart lawyers and administrators who will be crafting the rules with this court in mind,” Horowitz added, “so it will be an interesting game of cat and mouse.”