“It’s like a bomb went off in our neighborhood,” Mayfield resident Alex Goodman told AFP after a harrowing night of darkness and anxiety. Across the city, buildings were uprooted, metals were twisted, vehicles were overturned, and trees and bricks strewn across the streets.

Emergency services continued to search for survivors Sunday at a candle factory in the heart of the United States , which has become a symbol of the devastation caused by tornadoes that left at least 94 people dead.

This exceptional meteorological phenomenon affected five states, leaving a trail of destruction for hundreds of kilometers, but it was in Mayfield , in the state of Kentucky , that the devastation was worst.

Nothing remains of the Mayfield Consumer Products candle factory but a tangle of twisted girders and sheet metal, stacked several feet high.

Equipped with cranes, excavators and other mechanical devices, rescuers advanced slowly this Sunday, hoping for a miracle.

About 110 employees were working at the plant Friday night to meet the demand for the holiday season when the tornado destroyed everything. Several dozen of those workers remain missing.

“It’s a very sad and serious operation right now,” said Michael Dossett, Kentucky’s relief coordinator , confirming that no survivors were pulled from the rubble during the early hours of the morning.

Interviewed by NBC, Mayfield Mayor Kathy O’Nan seemed to temper the possibility of a miracle: “There is still hope. But right now, what we hope for is a warm shelter for our survivors. ”

The candle factory, a family business, has created an emergency fund to help families.

In other parts of Kentucky , and also in the states of Missouri, Illinois, Tennessee and Arkansas, similar scenes of destroyed buildings, twisted metal infrastructure, overturned vehicles, broken trees and bricks strewn across the streets were recorded.

These five states have been through “one of the worst series of tornadoes” in the history of the country, lamented President Joe Biden, calling this devastation “an unimaginable tragedy.”

Federal disaster response agencies began to deploy to the area, said Biden, who promised that the federal government “will do everything it can to help.”

Numerous expressions of solidarity have arrived from abroad.

Russian President Vladimir Putin offered his ” deepest condolences” on Sunday , and Pope Francis addressed his prayers from St. Peter’s Square to the people of Kentucky .

The death toll rose Sunday: at least 80 people died in Kentucky alone , state Governor Andy Beshear announced. And he predicted that ” the figure will exceed one hundred .”

Tornadoes are a violent weather phenomenon that particularly affects the vast plains in the United States.

In amateur videos taken on Friday night, huge black columns can be seen sweeping across the ground, illuminated by intermittent lightning bolts. 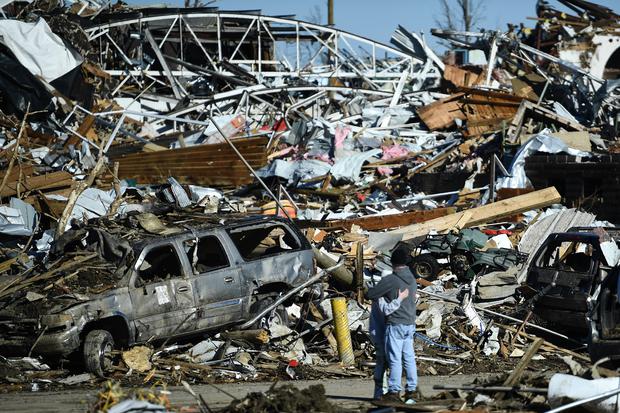 Part of the local heritage has been wiped off the map.

In Mayfield , old churches were totally destroyed and the historic courthouse building was seriously damaged.

“It’s as if a bomb had exploded in our neighborhood ,” Alex Goodman, a resident of this city of about 10,000, told AFP after a harrowing night of darkness and anxiety.

Kentucky was swept over more than 320 kilometers (200 miles) by one of the longest tornadoes ever recorded in the United States, according to its governor. The longest, spanning 219 miles, occurred in 1925 in Missouri and killed 695 people.

“We received an alert at 9:30 in the morning, they told us that the tornado was approaching. He came and went, suddenly , “David Norseworthy, 69, told AFP from the destroyed porch of his Mayfield home . “We have never seen anything like it around here. Where it hits, it destroys everything ”.

Tragedy in an Amazon warehouse

About thirty of these storms swept across the country on Friday night.

Another particularly affected site was an Amazon warehouse in Edwardsville, Illinois, where at least six people were killed. Rescue teams were still searching for survivors Sunday.

“We are heartbroken over the loss of our colleagues there, and our thoughts and prayers go out to their families and loved ones, ” Amazon chief Jeff Bezos said on Twitter.

Tennessee reported four deaths and two people died in Arkansas, while at least two other deaths were reported in Missouri.

President Biden stressed that weather events were “more intense” with global warming, but did not establish a direct causal relationship between climate change and the catastrophe that has plunged the country into mourning. 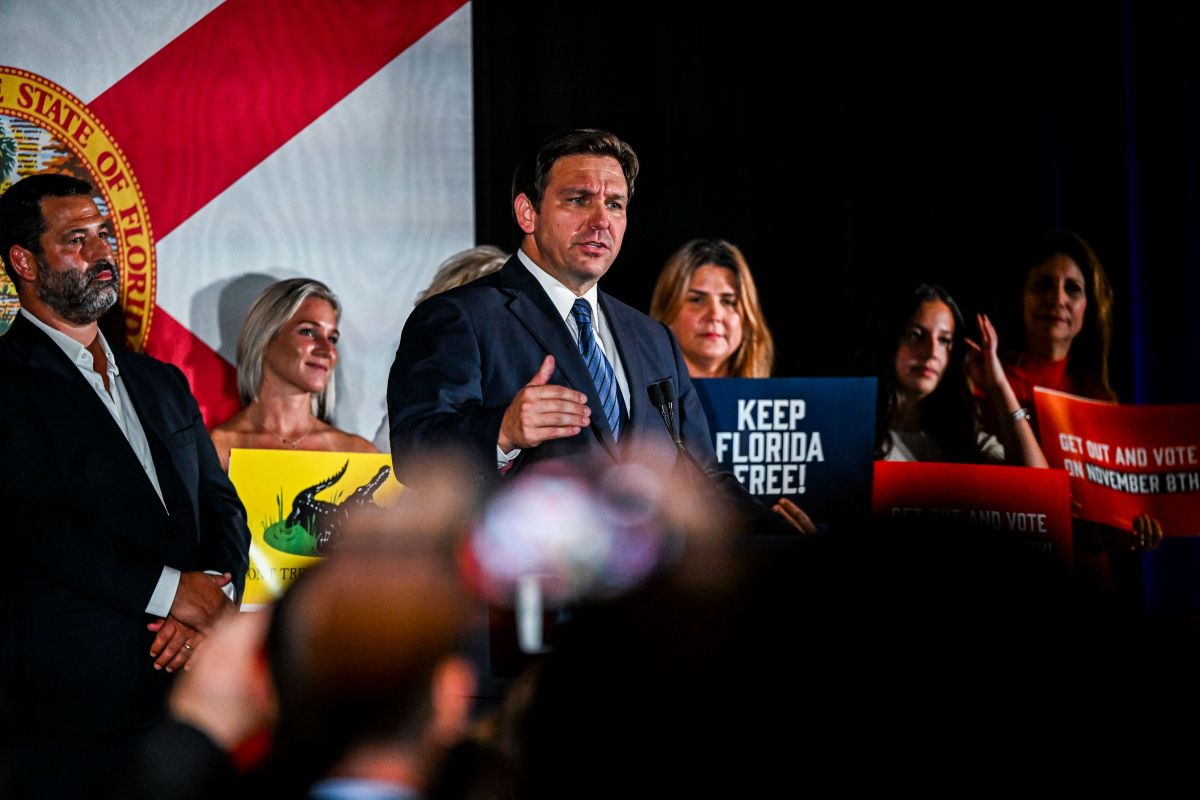