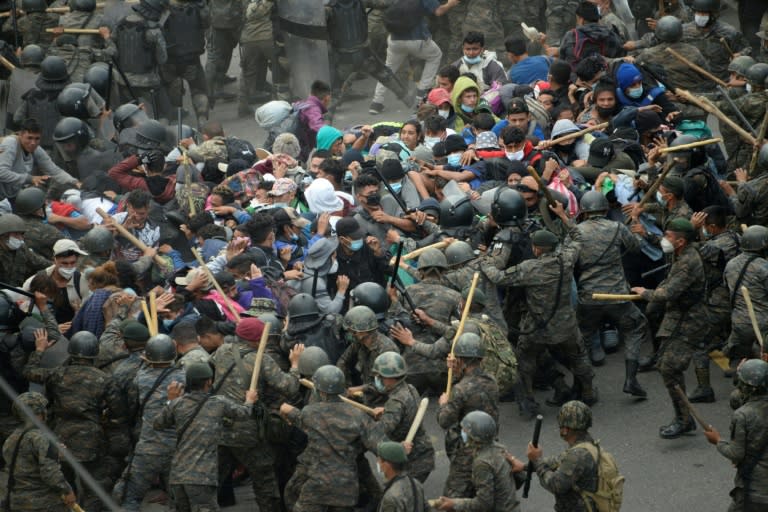 At this point, there should be few people left who have never played, or at least seen someone do it, with a Mario video game. Since its debut in 1981 in the arcade “Donkey Kong”, the creation of Shigeru Miyamoto has starred in dozens and dozens of video games for Nintendo that have sold more than 500 million units.

Its iconic appearance has changed little since its inception, but the way of representing it has been updated as technology has done. This is how Mario has changed over four decades.

Lost in the mists of time is the time when the best way to play a video game was on an arcade machine in a bar or arcade. The plumber Mario made his debut in this format in “Donkey Kong”.

The protagonist of the title was taken by a huge monkey that had kidnapped the princess that Mario, controlled by the player, had to save by reaching her while he dodged the barrels that the ape launched.

The appearance of him, whose representation was limited to a handful of sprites, he already had his identifiable cap and mustache, although you had to squint a bit.

The game was so successful that Nintendo already launched an arcade with Mario as the absolute star in 1983, “Mario Bros”, in which it introduced some modifications to its appearance.

Nintendo’s first successful video game console features a slightly more defined and new changes in clothing. The color red is dimmed and the shirt and shoes coincide in a slightly off color as a result of the limitations of the system.

Even so, the success continues with the start of the Super Mario Bros saga and improves in successive installments. In “Super Mario Bros 3″, Nintendo has already grasped the possibilities of its game console and its animations are much better.

Characteristic features like the mustache and nose are more identifiable, but the use of muted colors is maintained.

Nintendo’s next video game console represented a significant advance at a technological level compared to its predecessor, it even had a 3D game at the end of its life cycle, although Mario was still a generation away from making the three-dimensional leap.

In games like “Super Mario World”, it already shows a much more vivid color palette and fits the most iconic look of the character that remains in the memory of several generations of players. You can still count sprites, but the character is already aesthetically defined with his cap, overalls, big shoes, mustache and big nose.

On this platform, Mario finally made the leap to 3D with “Super Mario 64″. The challenge was complicated, given that the platform genre is closely linked to 2D representation, but Nintendo solved it with another classic that knew how to take advantage of the possibilities of the new format.

The polygonal Mario was more expressive, he gained fingers on his hands, blue eyes and showed more vivid colors than ever. The game was another success for Mario, albeit a relative one.

It became the best-selling of Nintendo’s fourth game console, but this time Nintendo did not have a best-selling system in its hands as it had in previous generations.

Another series of games starring Mario under a completely different artistic and playable approach began on this platform. In “Paper Mario”, the plumber was a 2D character moving through 3D environments much more limited than the “Super Mario 64″.

“Paper Mario” was a side-scrolling game where every time the character turned around, the player saw that he was as thin as a sheet of paper.

The next Nintendo video console, GameCube, had worse luck, which had to face off against PlayStation 2 and sold even less than Nintendo 64. Despite this, Mario kept his pull among Nintendo fans and its games continued to sell.

In “Super Mario Sunshine” we see his bare arms for the first time, he wears short sleeves while in “Super Smash Bros. Melee” he changes gender and enters the fighting genre, which confers an impressive variety of movements to get the fighting going.

The most representative Super Mario on Nintendo’s best-selling console was “Super Mario Galaxy.” Nintendo took him out of his usual environment to take him to explore the galaxy while the player could see the most “realistic” Mario made to date.

There are no changes to the design other than reverting to long sleeves, but the lighting and shadow effects made him a more visually successful character.

“Super Mario Bros U” on Wii U

A Mario something slimmer and more stylish was seen in this generation that Nintendo did so badly. The huge success of Wii was followed by the huge smack of Wii U, Nintendo’s lowest hours in terms of home video consoles.

The current Nintendo video console has four Mario titles among the ten best-selling games on the platform to date, but we are going to focus on “Super Mario Odyssey”, an adventure in which the protagonist entered the world of humans generating a curious contrast between his appearance and that of the characters he meets.

It remains subject to the usual canon, but it is its most realistic representation and this time it could be seen without his characteristic red cap.