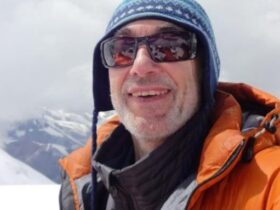 Tony Sirico was 55 years old and lived with his mother in a small apartment in New York when in 1997 he recorded the pilot of The Sopranos, which then premiered on January 10, 1999 and went on, over the years, to be considered a masterpiece that forever changed the way of doing television.

The actor played Peter Paul Gualtieri, better known as Paulie Walnuts, a thug gangster, loyal to his boss Tony soprano and always waiting for his recognition, which lasted throughout the six and a half seasons that the award-winning series lasted.

Sirico was not a new face in the industry, he had almost thirty films when HBO’s new and risky production brought him to fame. But it was only small roles that he had done for all kinds of directors, some of the stature of Martin Scorsese, Woody Allen or the Coen brothers.

He always made a tough guy, because he was, they didn’t call him for anything else. “What you see is what you have,” he would tell directors when they asked him to do something out of that bad-man mold.

And if there was someone in the cast of The Sopranos who really knew the life of gangsters, it was him: He was a thief and a feared and respected character in the underworld. In total, he was arrested 28 times in his life. The first time at age seven for stealing coins from a newsstand.

Gennaro Anthony Sirico Jr. was born in New York on July 29, 1942. His childhood and adult life was spent in Bensonhurst, Brooklyn, an Italian neighborhood known for hosting renowned members of the mob.

“Where I grew up every guy tried to prove himself. Or you had a tattoo or a gunshot scar, “he said in a note to Los Angeles Times in July 1990. And he added, with a mischievous smile: “I have both.”

Irish and African Americans from other neighborhoods were deadly enemies of the gang of Italian Americans he was a part of as a teenager. One day he was on the steps of a Catholic church in Brooklyn with a girl, the actor was surprised by a young man from the Bronx who shot him with a firearm.

“I was a guy who was always armed. The first time I went to prison they began to search me and they found me three pistols. They asked me why I was carrying them and I told them that I lived in a dangerous neighborhood. And it was true. In our neighborhood, if you didn’t carry a gun, it was like you were the rabbit during the hunting season, ”he said.

In 1967 he paid a 13-month prison sentence for robbing a New York nightclub. In 1971 he pleaded guilty to gun possession and a judge sentenced him to four years in jail, but he only spent 20 months behind bars.

“After all the times that I was squeezed by the authorities, I met all the judges in the city“, said to Los Angeles Times.

According to some US media – the actor also commented to his fellow cast members -, Sirico worked for the Colombo crime family, one of the five most important that handled organized crime in New York and whose boss was Jimmy ‘Green Eyes’ Clemenza.

He came to the performance by chance. During his time in prison in the early 1970s, he saw a theater company made up of ex-convicts present a play to inmates.

“I saw them and I thought: I can do that. I knew it wasn’t ugly. And he knew he had the guts to stand on stage and face the audience. Also when you are in prison you practice a lot. I had to stand in front of murderers and kidnappers and I had to make them laugh“Said the New York actor.

Sirico was the black sheep in his family and acting was his salvation. His younger brother, Robert, is a renowned Catholic priest and founder of the Acton Institute, one of the most influential think tanks on the American right that advocates free markets.

“He was in good shape and he was a real casanova”, dijo Imperioli.

His first lines as an actor were in The Godfather II: “There is a policeman!”. Later he worked with Scorsese on Good boys. By that time, even long before, he was already typecast in the role of bully in film and television, and he had no problem with that.

“The most important thing as an actor is knowing how to sell it. I can walk on my knees, hit the ground, then get up and die. Or I can stumble and then fall. I made a movie with Rubén Blades called The Last Fight. When they shot me in the head, I fell to my knees and as the camera approached me, I crossed my eyes and then I died, “said the actor about a film he made with the renowned Panamanian musician.

Without imagining the future that awaited him, his histrionic gifts he put into practice as a thief. When he stole he liked to disguise himself so as not to be recognized and thus mislead the police, who knew him very well for his extensive criminal record.

“I would wear mustaches and wigs; he wore blond or brown ones. In fact, once I was caught for repeating the same costume, “he said in the note to Los Angeles Times.

As he said, He had stolen $ 30,000 with an outfit that went completely unnoticed. A great blow. The following week, he forgot that he had worn the same mustache and blonde wig and was caught by the authorities.

One of his great influences is James Cagney, the talented American actor who became famous for his gangster roles in the old Hollywood movies.

In The Sopranos, Paulie Walnuts occasionally greeted his colleagues saying, “What do you hear? What do you say?” (whaddya hear, whaddya say?). The phrase is a reference to the character of Rocky Sullivan (James Cagney) in Angels with dirty faces (1938), Michael Curtiz’s masterful gangster film. That film was not only a favorite of Sirico but also of the creator of the series, David Chase, and other members of the cast.

To build his character in the Sirico series, he only had to remember his past, that violent and turbulent life he lived and get things out of there: from the old neighborhood bosses and their codes, from his dozens of criminal friends and from his own experience as malefactor.

Steve Schirripa explained that the character of Paulie Walnuts always had his hands in front, never in the back or in his pockets, because that was a custom that Sirico acquired when he was in jail. The reason for this was that in prison he always had to be ready to defend himself, and if he had his hands behind him he could be a dead man.

The New York actor too embodies the classic gangster aesthetic who always likes to dress well. Imperioli and Schirripa recalled how vain he is and warned that they should never, for any reason, touch his hair unless they want to have a serious problem with it.

Such was his obsession that did not allow the stylists of the series, perhaps one of the best in the industry who worked for the greats of Hollywood, touch her hair. If he had a recording at six in the morning, he would get up two hours earlier to comb his hair. His secret was to let the hair dry on its own, without using a towel or anything else. Then, to finish, he spread a large cloud of fixative spray that he walked through.

Almost replicating a scene from The Sopranos, actor Robert Iler (AJ Soprano) arrived at the Catholic confirmation ceremony wearing one of his expensive Italian suits. Iler, who was about 13 years old at the time, said that Sirico went to show his “respect for him”, greeted him with a kiss on the cheek, gave him a small wad of gift bills and whispered in his ear: “Any whatever you need, you just have to call Uncle Tony. “

For the story, it will remain how Tony Sirico was the only person who managed to squeeze and bend the scriptwriters of The Sopranos – known for their intransigence in receiving comments from the actors about any modification in the dialogue or in the plot – to change a characteristic of your character.

Sirico’s principle was never to play a snitch or a bully, and the character of Paulie Walnuts had one of those characteristics.

At the insistence of the New Yorker, one of the writers said: “Well, do you think that instead of an abuser Paulie is a psychopath?”

“Yes, I have no problem,” Sirico replied.