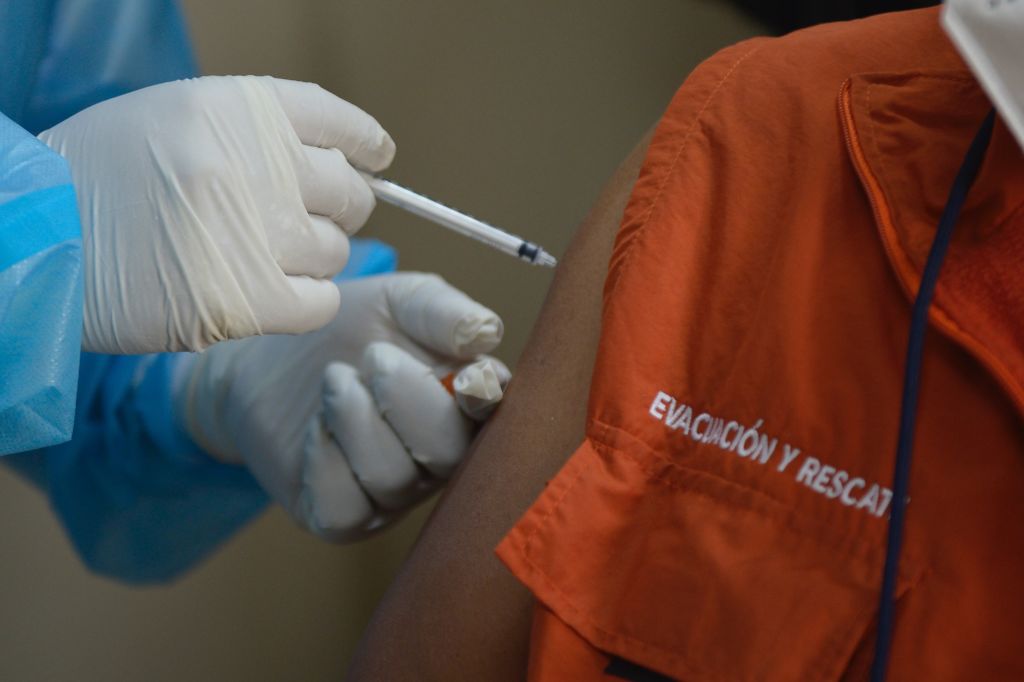 Doctors and Nurses, the first Vaccinated in Ecuador against Covid-19

A near-empty Soi Cowboy street in Bangkok, Thailand, on Monday, Jan. 4, 2021. Thailand??s economic conditions are expected to deteriorate further this year as the nation battles a resurgence in the coronavirus, according to a national survey.Thailand’s capital and some other provinces are considering relaxing restrictions on businesses and travels in the coming weeks amid a decline in new coronavirus cases in certain regions.

Chiang Mai, the most-populous province in northern Thailand, lifted a ban on serving alcohol in restaurants from Wednesday, while Bangkok Metropolitan Authority is set to meet on Thursday to consider reopening some businesses including massage parlors and gyms.

Thailand, grappling with its biggest Covid-19 outbreak since it first detected a case a year ago, has seen new weekly cases decline in the past week after imposing area-specific measures based on infection risks. The easing of these curbs, which cover three-fourth of the country, may help the economy already devastated by the slump in tourism and exports.

“With the vaccine rollout starting in February, it could help the situation turn slightly positive,” said Tim Leelahaphan, an economist at Standard Chartered Bank Plc in Bangkok. The economy still faced risks from an unclear outlook for its tourism industry and stimulus packages that aren’t sizable enough, he said.

Thailand’s Covid-19 caseload nearly tripled in the past month with infections reported from about 80% of its 77 provinces. The country reported 59 new cases on Wednesday, the lowest daily increase in a month, and health ministry has said the majority of the provinces haven’t reported any new infections in the past week.

“The number of daily cases will likely decrease. We can contain it even though the number might still be high now,” Prime Minister Prayuth Chan-Ocha said Tuesday. Although some of the measures are still required, the virus situation will be assessed at the end of January to determine if curbs can be relaxed, he said.

The current area-based control measures have allowed most part of the economy to continue to operate as usual, but looser restrictions mean that it could take longer before the country can virtually eliminate local infections, like it did with a nationwide lockdown last year. Some restrictions may still remain in place as the country starts its vaccine rollout to reach its target of covering 50% of the population by the end of this year.

The curbs will also have significant impact on private consumption and the “fear factor” caused by the second virus wave will subdue domestic tourism during the December-February high season, Nalin Chutchotitham, an economist at Citigroup Inc. in Bangkok, wrote in a note. The bank also lowered Thailand’s the gross domestic product growth forecast for this year to 3.1% from 4% previously.

The Bank of Thailand has said if the current curbs are kept until June with some easing from March, they could shave off as much as 1.5 percentage point from growth this year. On Tuesday, the government approved a $7 billion cash handout program for about 31 million people to help cushion the blow from the restrictions.