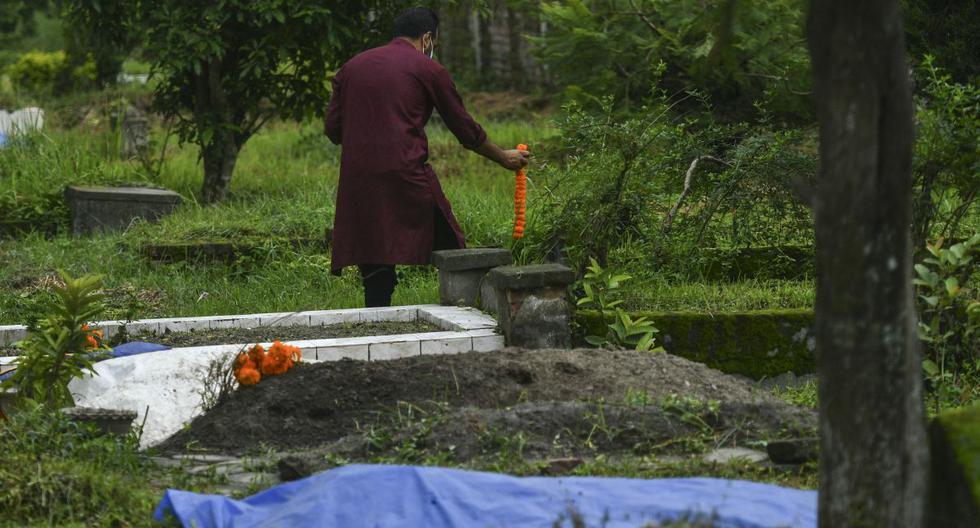 Shepherd who claimed to be Jesus was buried alive, but on the third day he did not rise

The Republican Party was supposed to sweep America’s midterm elections and former President Donald Trump would ride triumphantly to the Republican nomination as he prepares to run again for the nation’s presidency.

Instead, the disappointing results for the GOP in Tuesday’s election are raising new questions about Trump’s appeal and the future of a party that has fully supported him. In addition, the elections have given a new impetus to the former president’s main rival.

Indeed, some allies were calling on Trump to delay his planned announcement for next week, noting that all of the party’s attention should be on Georgia, where former football player Herschel Walker’s bid to unseat Democratic Sen. Raphael Warnock is headed. to a second round that could determine who retains control of the Senate. Walker has Trump’s backing.

“I will advise you to hold off on your announcement until after the Georgia runoff,” said former Trump adviser Jason Miller, who spent the night with the former president at his Mar-a-Lago estate in Florida. “Georgia has to be the focus of every Republican in the country right now,” he noted.

Trump wanted to use the midterms as an opportunity to show that he still has political clout after losing the 2020 presidential election. He endorsed more than 330 candidates in all races, often pushing inexperienced and highly flawed candidates. He enjoyed his victories in the Republican primary, but many of his stances, such as repeating Trump’s lies about a stolen election and espousing hard-line views on abortion, were out of step with the electorate.

Still, Trump scored several big wins Tuesday, most notably in Ohio, where his Senate pick, JD Vance, author of “Hillibilly Elegy,” scored an easy win after Trump’s endorsement catapulted him to the front of a crowded primaries. In North Carolina, Rep. Ted Budd, one of Trump’s earliest endorsers, kept a Senate seat in GOP hands.

But Trump lost some of Tuesday’s biggest prizes, specifically in Pennsylvania, where Dr. Mehmet Oz, who narrowly won the primary for the Republican Senate nomination with Trump’s backing, lost to Democrat John Fetterman. Trump-endorsed candidates also lost their gubernatorial races in Pennsylvania, Michigan and Maryland, and one for the Senate in New Hampshire, though Trump seemed to celebrate the latter, attacking Republican Dan Bolduc for trying to moderate his positions by retracting his acceptance of Trump’s electoral lies.

“If he had stood his ground and been honest, he would have won easily,” Trump said on his social network. “Lessons learned!” he wrote.

Trump also celebrated the loss of Colorado Republican Senate candidate Joe O’Dea, who had said he believed it was time for the party to turn the page on Trump.

In other high-profile contests in Arizona and Nevada, he was too early to declare a winner.

Arguably the biggest Republican win came in Florida, where Gov. Ron DeSantis secured his re-election, cementing his status as a Republican rising star as he seeks his own 2024 presidential bid.

“I just started fighting,” he told his supporters at his victory speech.

Although Republicans appear headed for control of the House of Representatives, and could ultimately take control of the Senate as well, those who believed frustrations over inflation, combined with President Joe Biden’s low approval ratings, would lead to quick and decisive victories, they blamed the former president for the results obtained. The message of the night, they argued: The American people want to turn the page.

“I mean, we had a historic opportunity, and the fact that Trump selected ineligible candidates has blown us away,” said Scott Reed, a veteran Republican strategist. “Trump has already lost three elections in a row for the Republican Party; It’s time to get out of this nonsense.”