Trends after a year of pandemic: the “homo home”, the consumption that comes and why companies should do more and say less

Shipwrecks, typhoons, tropical fevers, overcrowding in the holds of a ship, race for the vaccine, hostility from local authorities, competition with other nations … Some features of this adventure from the early nineteenth century may seem familiar in the context of the pandemic of today; But if some of the commercial flights looking for the vaccine in their production sites are epic, that of Francisco Javier Balmis, a doctor sent by the King of Spain Carlos IV, was a true odyssey that took more than three years and had to face many obstacles : natural and political.

It was also an altruistic company: Balmis was a civil servant paid by the crown who, after fulfilling his mission, died with honors in Madrid in 1819, but poor.

In 2020, the current Spanish Government baptized Operation Balmis his campaign against the coronavirus, in tribute to the doctor who led that mission. In good time: your story deserves to be rescued from oblivion.

It was November 30, 1803. That day, Commanded by the Alicante-born Francisco Javier Balmis (1753-1819), a military doctor, it set sail from the port of La Coruña, which today is considered the first international health mission.

On board the Corvette María Pita, two children, orphans, inoculated against smallpox served as live carriers of the vaccine. Throughout the trip, at 9 or 10 days, with the fluid from their sores, another two would be inoculated and so on, in a transmission chain until arrival at destination. As today, the challenge was transportation. It was necessary to ensure that the vaccine arrived in good condition.

Smallpox was until that time the most serious of epidemic diseases, due to its high contagiousness and lethality. With a 90 percent death rate, it was deadlier than war. The survivors forever wore the stigmata on their skin. Annually, smallpox claimed about 200 thousand lives in Europe. And when the Spanish conquerors came to America, wreaked havoc on the native population. By some estimates, smallpox had wiped out a fifth of the Aztec population.

This evil affected people of all ages and social strata. In 1724 the young King Luis I of Spain had died of smallpox when he was barely 17 years old. and less than a year after his coronation.

Own Carlos IV, whose reign extended from 1788 to 1808, had lost a daughter to smallpox. Thus, when Balmis told him about the vaccine created by the English doctor Edward Jenner and he presented his plan for a massive vaccination campaign in Spanish colonies around the world, he did not hesitate to support the initiative.

In 2016, when the world had not yet sensed the COVID-19 pandemic, a series co-produced by Radio Televisión Española and Four Luck Banana recreated the humanitarian mission of Dr. Balmis, with the title “22 angels”. From a distance, They are fascinating from the vicissitudes of those rare expedition members and those children without childhood, embarked on an adventure uncertain in time and distance.

“22 angels”, the Spanish television series that evokes the Balmis Expedition

The reason why Balmis opted for these small arm-to-arm carriers was that the vaccine worked more quickly in young children.

Edward Jenner He was an English country doctor who in 1796 observed that peasants who milked cows contracted a different type of smallpox – cowpox precisely – that immunized them against the other. He set about studying the phenomenon and experimenting with humans, and in 1800, when Europe was once again being hit by smallpox, his research came to fruition and his discovery began to spread.

The so-called “vaccinal lymph” was transported between glasses, but for a crossing of the Atlantic it was an unsafe method and there was a risk that the vaccine would be lost. That was why Balmis devised the human chain with the little “angels”.

A scene from the series “22 Angeles”, about the Expedition of Francisco Javier Balmis

The mechanism consisted of impregnating a scalpel in “vaccinal lymph” and inserting it into the child’s arm through a subcutaneous incision. About ten days later, a handful of pustules or vaccine pimples appeared. Before drying, these grains exuded a fluid that was inoculated into another child. So on, until you reach your destination.

To recruit the children, voluntary assignment by parents was first attempted. They offered their maintenance and education by the Crown, until they found a trade and employment. But it was not easy to find families who wanted to give up their children for such an uncertain and distant adventure.

We had to turn to children without family. Balmis then went to the Foundling House of La Coruña and in agreement with the rector, Isabel de Cendala y Gómez, who joined the expedition with his own son, selected 22 orphans aged 4 to 10 years.

The race for the vaccine

The first stop of the trip was the Canary Islands where Balmis proceeded to vaccinate the population. In February 1804 they touched American land, in Puerto Real, Puerto Rico. There they learned that the vaccine had already been introduced by the surgeon Francisco Ollier who had brought the saving flow from the island of Saint Thomas, then in the hands of Denmark, who had obtained it from the English.

Since then, the Balmis expedition would meet alternately fervent and grateful receptions where the vaccine had not yet arrived; or repudiation, suspicion and even aggression in places where someone had beaten them. It should be noted that, while the Balmis expedition was philanthropic – the vaccine was not charged and all expenses were borne by the Crown – many of the introducers of the vaccine in America aspired to a pecuniary profit – when they were not directly smugglers – and their actions often led to the formation of a parallel and black market, in which the vaccine circulated at exorbitant prices.

Jenner’s discovery had spread as quickly as the transports of the time allowed. Just as the King of Spain took an immediate interest and sought to protect his subjects and put an end to the periodic demographic catastrophes, both in the metropolis and in the colonies, other governments undertook the same search.

The vaccine was good news that came to America before Balmis. In some parts, the local authorities had procured the vaccine by avoiding the rigid Spanish commercial monopoly, as in fact happened with other merchandise.

The difference between the Royal Vaccine Philanthropic Expedition led by Francisco Javier Balmis and previous vaccination initiatives was that the King’s envoy was a true sanitary campaign: it did not limit itself to vaccinating, but at each point it created boards that would henceforth be in charge of preserving the vaccine and its regular application to the entire population.

A few months after his arrival in America, in Venezuela, the contingent was divided, and while Balmis continued the expedition north to Mexico, and then from there to the Philippines, his second, the physician Joseph Salvany and Leopart, He headed south, reaching Cochabamba, today Bolivia, where he died in 1810.

From there he wrote, in a report of his trip: “The lack of roads, precipices, mighty rivers and depopulated areas that we have experienced, much less the waters, snow, hunger and thirst that we have suffered many times, have not stopped us for a single moment ”. And in an attempt to convey in the most realistic way possible the odyssey he experienced, he added: “And what will be said If, to the expressed, almost insufferable suffering, is added necessarily having gone with children, carrying in their arms the wonderful condom? (…) And what finally, will be said, about how hard we have worked to persuade the Indians to firmly believe in the efficacy and virtue of the vaccine? “

A paragraph that summarizes and describes very well the kind of trip undertaken by these expedition members.

In Nueva Granada (now Colombia) the vaccine was introduced thanks to illegal trade with nearby English colonies. Something similar happened in Lima. “Crystals with the pus were publicly sold Salvany wrote, at very high prices, and they went out to vaccinate the comarca towns and they demanded four pesos from each vaccinated ”.

The rigidity of the Spanish monopoly and the great distances that separate the colonies from the metropolis made the development of this parallel market inevitable and, in some regions, made the work of the Royal Philanthropic Expedition even more difficult.

In his report, the doctor Salvany describes very well the odyssey lived by this expedition that had “necessarily” to carry “creatures”

The vaccine had also arrived in Havana before Balmis, brought by a doctor from Puerto Rico. And the same thing happened in Veracruz, Mexico. But in other regions, the vaccination mission was received with joy and all kinds of attention.

Throughout the journey, more children had to be recruited. In other cases, local authorities released soldiers to them. And ultimately, slaves had to be bought.

In early 1805, Balmis, along with two of the doctors, Isabel Cendala and 27 Mexican children sailed from Acapulco to the Philippines.

In this section of the mission, the comforts in the “Magallanes” were few and the children suffered a hard journey during which, due to the overcrowding and movements of the ship, there were accidental inoculations.

They arrived in Manila on April 6, 1805, after 67 days of travelBut the suffering was compensated by a splendid reception. Balmis vaccinated in the Philippines, in Macao and it reached Canton, in China. Despite some conflicts with English merchants, he managed not only to vaccinate but to teach how to preserve the fluid, creating Vaccine Medical Boards in China, according to a detailed article in the Uruguayan Medical Journal (vol.23 no.1, March of 2007).

On the return trip in September 1806, Balmis he made a stop on the island of Santa Elena, where years later Napoleon would be exiled. There he left two children carrying the vaccine in exchange for which the local authorities resupplied the expedition.

On September 7, 1806, Francisco Javier Balmis He was received as a hero at the Spanish Court by King Carlos IV, who appointed him Chamber Surgeon and Inspector General of Vaccine in Spain.

Upon hearing of this mission, the creator of the vaccine, Edward Jenner said: “I cannot imagine that in the memory of History there is an example of philanthropy so extensive and noble as this one.”

The children of the Royal Philanthropic Expedition of the Vaccine, in the series “22 Ángeles”

Smallpox and other viruses plagued humans long before suspected

The surprising story of priest Segurola, precursor of vaccination in Buenos Aires 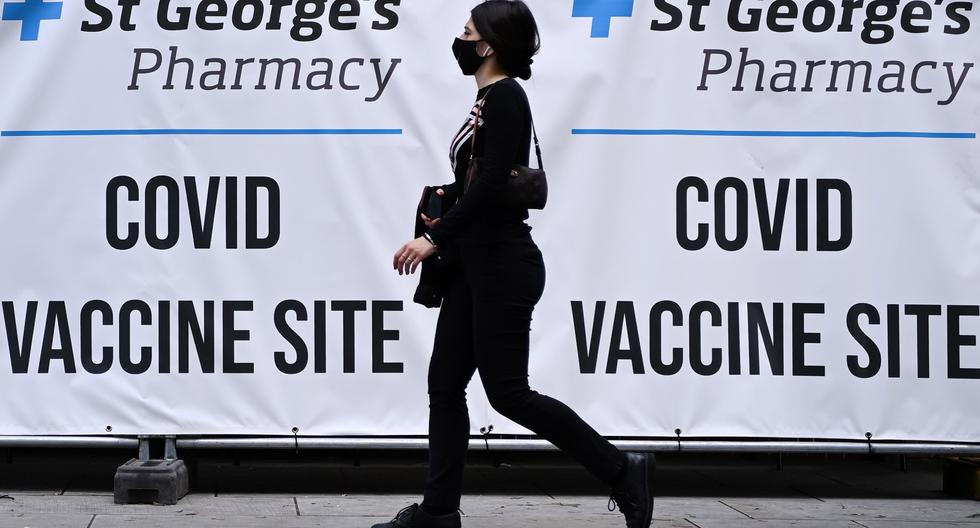